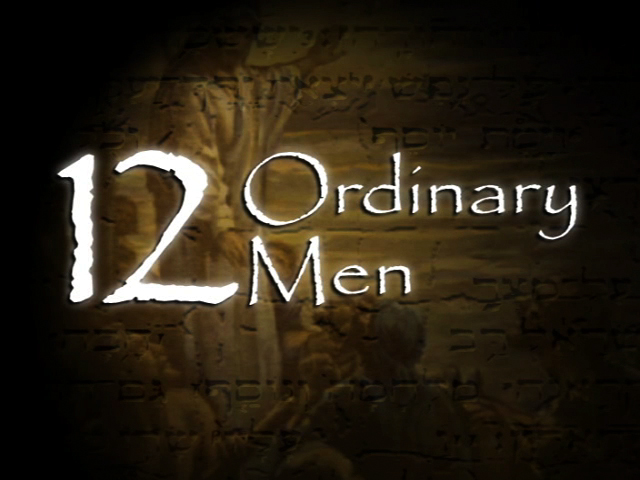 Mark 3:13-20
13 And He went up on the mountain and summoned those whom He Himself wanted, and they came to Him. 14 And He appointed twelve, so that they would be with Him and that He could send them out to preach, 15 and to have authority to cast out the demons. 16 And He appointed the twelve: Simon (to whom He gave the name Peter), 17 and James, the son of Zebedee, and John the brother of James (to them He gave the name Boanerges, which means, “Sons of Thunder “); 18 and Andrew, and Philip, and Bartholomew, and Matthew, and Thomas, and James the son of Alphaeus, and Thaddaeus, and Simon the Zealot; 19 and Judas Iscariot, who betrayed Him. 20 And He came home, and the crowd gathered again, to such an extent that they could not even eat a meal.

Here we get to meet the 12 original disciples of Christ.  The wording that Mark uses here makes me curious as to what information he gathered about them since he only lists that they preached and cast out demons (we read elsewhere that they also miraculously healed the sick and raised people from the dead).  So is Mark’s account incomplete?  In Matthew 28, where we find what has become known as “The Great Commission,” we read what Jesus instructs them to do in light of His resurrection:

The reason that preaching and casting out demons were two very important things to mention is because if one is possessed by a demon, they cannot receive the Holy Spirit, therefore the body must be first vacated by other spirits to receive it.  Secondly, the preaching part was important because it is by hearing the message of the Kingdom of God that we are able to learn about it and live in it.  It’s not that the other things they did were not important, but these two were most important.

In order to do these things though (that is, to reveal the Kingdom of God) we must first be with Him.  We must spend regular intimate time with Christ in order to carry these things out.  That’s why Jesus said in Matthew, “I am with you always.”  Our intimacy with Christ is necessary for us to fulfill His commission.  These men chose to follow Him and in doing so were able to be a part of a great movement that started the salvation of the world.  They dropped everything when He said, “Follow me,” and became His students of the Kingdom of God.  There’s a book that looks into their ordinary lives before Jesus challenged them to live in the Kingdom which I hope to be able to read one day, but until then, we can at least understand that these fishermen, tax collectors, traitors, and fighters all had one thing in common: the desire to understand what it meant to live in God’s Kingdom.  Do you have that desire?