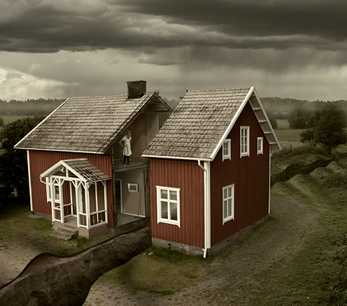 Matthew 10:24-28
24 “A disciple is not above his teacher, nor a slave above his master. 25 “It is enough for the disciple that he become like his teacher, and the slave like his master. If they have called the head of the house Beelzebul, how much more will they malign the members of his household! 26 “Therefore do not fear them, for there is nothing concealed that will not be revealed, or hidden that will not be known. 27 “What I tell you in the darkness, speak in the light; and what you hear whispered in your ear, proclaim upon the housetops. 28 “Do not fear those who kill the body but are unable to kill the soul; but rather fear Him who is able to destroy both soul and body in hell.

In about the same time that Jesus was teaching this, we read in Mark 3 an accusation by the society’s religious elite that Jesus was either possessed by or working for the devil. Here was His response to them:

21 When His own people heard of this, they went out to take custody of Him; for they were saying, “He has lost His senses.” 22 The scribes who came down from Jerusalem were saying, “He is possessed by Beelzebul,” and “He casts out the demons by the ruler of the demons.” 23 And He called them to Himself and began speaking to them in parables, “How can Satan cast out Satan? 24 “If a kingdom is divided against itself, that kingdom cannot stand. 25 “If a house is divided against itself, that house will not be able to stand. 26 “If Satan has risen up against himself and is divided, he cannot stand, but he is finished!

Some people today think similar things. Maybe they won’t accuse a Christian of working for the devil directly, but in their minds, folks might accuse those who are performing miracles in Jesus’ name as more of a spiritist or Satanist than a Christian because what they are witnessing is unexplainable and they refuse to give credit to God for what they are seeing. But as Jesus is pointing out, what He is doing is for and by the Kingdom of God. Jesus explains that if we let these things creep into our minds, we begin to divide ourselves from God’s Kingdom. His Kingdom will always stand, it is us who will fall away because we begin to divide ourselves from the house of God.

Discipleship has become a very important issue for me. Once I discovered that our salvation is not so we can get into heaven but so we can live free from lives of sinfulness here on earth to complete God’s purpose for our lives (individually and corporately), I have worked to understand more and more of what it means to be a disciple of Christ and therefore make disciples of Christ. We are to follow His example and obey His instructions. The basis of discipleship came from Jewish Rabbis who would take 12-13 year old Jewish boys under their wing and teach them everything there was to know about God. Discipleship is about being disciplined to follow someone else. In the Marines we learned that discipline is, “immediate obedience to all orders without question.” In the military, it comes down to a matter of life or death. In the Kingdom of God it is a matter of spiritual life or death, which is way more important than physical death. We also learned that “a good leader is a good follower.” Jesus has called us all to be leaders by being followers first. He calls us all to lead others to Him and essentially the Father. We can only do this if we follow Him first and learn the Way and then we can show others. Good disciples of Christ are great leaders for Christ.

11 “Believe Me that I am in the Father and the Father is in Me; otherwise believe because of the works themselves. 12 “Truly, truly, I say to you, he who believes in Me, the works that I do, he will do also; and greater works than these he will do; because I go to the Father. 13 “Whatever you ask in My name, that will I do, so that the Father may be glorified in the Son. 14 “If you ask Me anything in My name, I will do it. 15 “If you love Me, you will keep My commandments.

Notice how the prerequisite is to not only believe in Jesus the Son and God the Father, but also to love them both by obeying His commandments. Obedience and discipleship will make them (and us) spiritual powerhouses in this life. Yet we don’t do it out of power for ourselves, but love for Him; this is an important differentiation we must understand. Jesus calls us to be bold and to only fear God. This will cause our “house” (i.e. the communion of leaders of Christ) to be united and strong. Yet these days that doesn’t happen very easily, does it? It has to start with a few of us stepping up to the plate in obedience to Jesus’ commandments and love for His people and lead the way in service.

The Proverbs are full of wisdom and neat little sayings that we should carry in our hearts to help guide us in our relationship with the world. There are two specific proverbs that I love and always try to remember:

The fear of the LORD is the beginning of knowledge; Fools despise wisdom and instruction.
Proverbs 1:7

The fear of the LORD is the beginning of wisdom, And the knowledge of the Holy One is understanding.
Proverbs 9:10

When we fear only God, there is nothing else for us to fear! He gives us wisdom, strength and power. We gain our understanding from Him and only in this way do we become like Jesus, the ultimate teacher. Yet if we do not follow Him, then we create great divides within the church and any ministry we are a part of. We become wolves in sheep’s clothing. We begin to rot away the congregation from the inside out. Even if we don’t believe it, we begin to become the problem instead of the solution and we lose our way; we lose The Way. We lose our path of discipleship under Christ and instead become slaves of sinfulness and ultimately the devil. 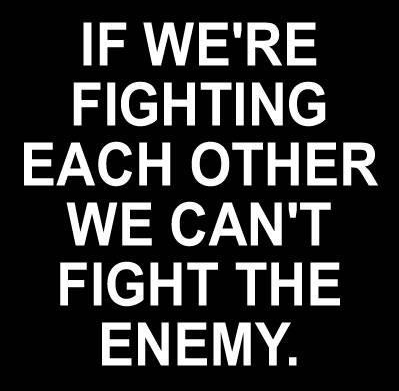 We need to analyze whom we fear and why. If it isn’t God, then we have some reconciliation with Jesus to do so we can move forward. If we aren’t following Jesus, then who are we following?

1 thought on “A House Divided”