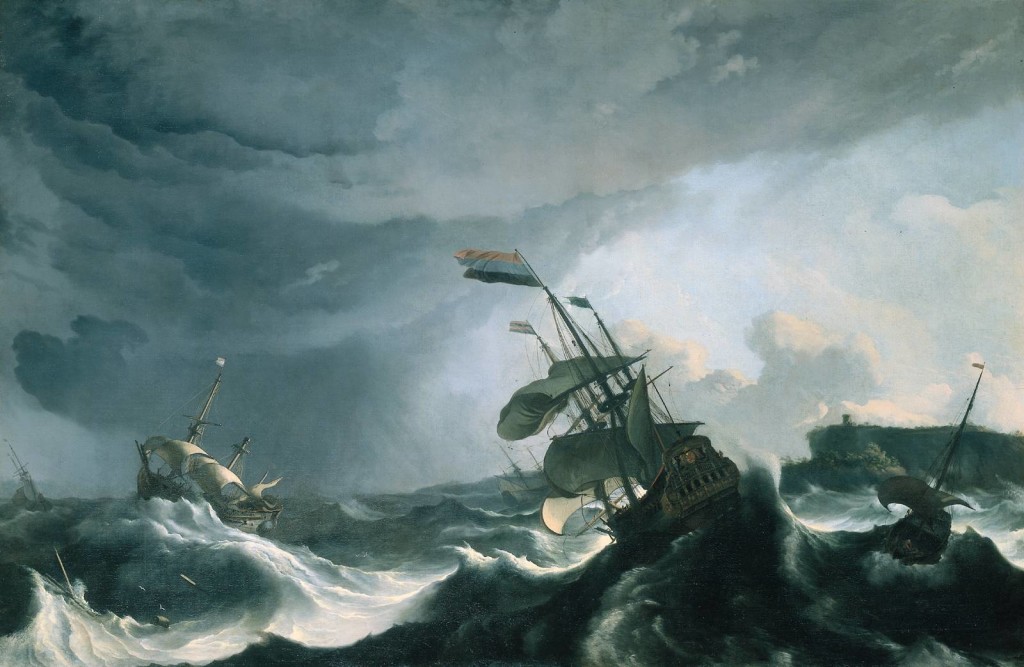 Acts 27:9-20
9 When considerable time had passed and the voyage was now dangerous, since even the fast was already over, Paul began to admonish them, 10 and said to them, “Men, I perceive that the voyage will certainly be with damage and great loss, not only of the cargo and the ship, but also of our lives.” 11 But the centurion was more persuaded by the pilot and the captain of the ship than by what was being said by Paul. 12 Because the harbor was not suitable for wintering, the majority reached a decision to put out to sea from there, if somehow they could reach Phoenix, a harbor of Crete, facing southwest and northwest, and spend the winter there. 13 When a moderate south wind came up, supposing that they had attained their purpose, they weighed anchor and began sailing along Crete, close inshore. 14 But before very long there rushed down from the land a violent wind, called Euraquilo; 15 and when the ship was caught in it and could not face the wind, we gave way to it and let ourselves be driven along. 16 Running under the shelter of a small island called Clauda, we were scarcely able to get the ship’s boat under control. 17 After they had hoisted it up, they used supporting cables in undergirding the ship; and fearing that they might run aground on the shallows of Syrtis, they let down the sea anchor and in this way let themselves be driven along. 18 The next day as we were being violently storm-tossed, they began to jettison the cargo; 19 and on the third day they threw the ship’s tackle overboard with their own hands. 20 Since neither sun nor stars appeared for many days, and no small storm was assailing us, from then on all hope of our being saved was gradually abandoned.

How often do we find ourselves in the middle of a storm in our lives where all seems lost and there is no ray of hope?  The details that Luke gives of this journey indicates the elements at play.  The ship was sailing through the Mediterranean sea during one of the worst times for sailing.  It was nearing November when all ships docked until spring because the waters and winds were treacherous.  Paul had experience in this since he travelled a lot by ship.  Of course, however, who on the ship would listen to the prisoner?  I probably wouldn’t have either.

In our lives, we tend to have a series of ups and downs that shape our character.  The good times in our lives where we are stress free, without need or want, and you feel free to do anything shape our character in the form of humility.  It is where we learn to be grateful and generous instead of greedy and spiteful.  The bad times, however, strengthen our resolve.  What do you do when you don’t know how you are going to eat or live tomorrow?  How do you feel when there doesn’t seem any hope of escaping your current situation?  How do you respond when it seems as though there is nobody to reach out to?  This is why James, the brother of Jesus wrote:

[quote]2 Consider it all joy, my brethren, when you encounter various trials, 3 knowing that the testing of your faith produces endurance. 4 And let endurance have its perfect result, so that you may be perfect and complete, lacking in nothing. 5 But if any of you lacks wisdom, let him ask of God, who gives to all generously and without reproach, and it will be given to him.[/quote]

The storms in our life are opportunities to grow in faith.  The unfortunate thing is that we stay focused on the physical and neglect the spiritual side of things.  The crew of this ship abandoned all hope of salvation from the storm.  The problem is they were only relying on themselves and didn’t even think to reach out to God for help.  They were relying on their knowledge of the terrain and sea and even their past experience and training but not The One who controls the storm itself!  In Matthew 8, we see an example of this given in a lesson of Jesus:

[quote]23 When He got into the boat, His disciples followed Him. 24 And behold, there arose a great storm on the sea, so that the boat was being covered with the waves; but Jesus Himself was asleep. 25 And they came to Him and woke Him, saying, “Save us, Lord; we are perishing!” 26 He said to them, “Why are you afraid, you men of little faith?” Then He got up and rebuked the winds and the sea, and it became perfectly calm. 27 The men were amazed, and said, “What kind of a man is this, that even the winds and the sea obey Him?”[/quote]

The disciples were still learning the greatness and power of the Holy Spirit within Jesus when the storm came.  We too are still learning as we still become frightened amidst the storms in our lives: literal and figurative.  Why do we doubt?  Why do we let our fear overtake us?  If we have received the Holy Spirit we have nothing to be afraid of because we possess this same Spirit that Jesus calmed the storm with.  If we do not, there is hope of salvation!  So then, let us stop relying on ourselves and turn to the One who can really make a difference, despite the outlook from our human minds.