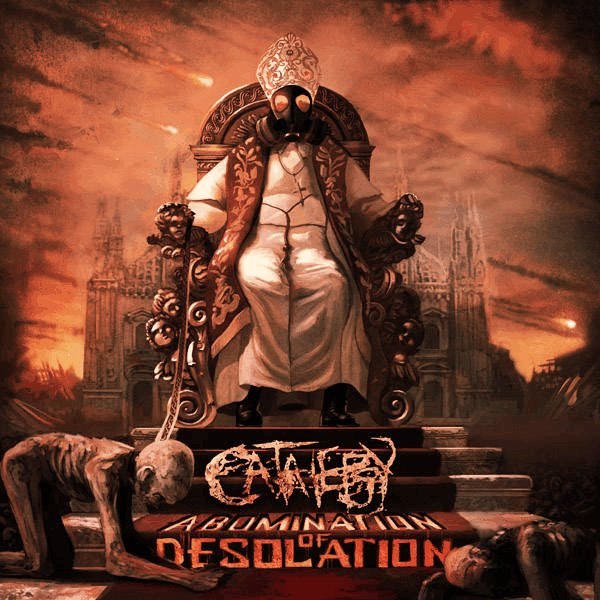 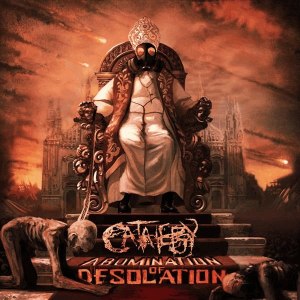 Mark 13:14-23
14 “But when you see the ABOMINATION OF DESOLATION standing where it should not be (let the reader understand), then those who are in Judea must flee to the mountains. 15 “The one who is on the housetop must not go down, or go in to get anything out of his house; 16 and the one who is in the field must not turn back to get his coat. 17 “But woe to those who are pregnant and to those who are nursing babies in those days! 18 “But pray that it may not happen in the winter. 19 “For those days will be a time of tribulation such as has not occurred since the beginning of the creation which God created until now, and never will. 20 “Unless the Lord had shortened those days, no life would have been saved; but for the sake of the elect, whom He chose, He shortened the days. 21 “And then if anyone says to you, ‘Behold, here is the Christ ‘; or, ‘Behold, He is there ‘; do not believe him; 22 for false Christs and false prophets will arise, and will show signs and wonders, in order to lead astray, if possible, the elect. 23 “But take heed; behold, I have told you everything in advance.

Some have been led to believe that this prophecy, first told by Daniel and later repeated by Jesus, refers to the end of the world. It refers to the destruction of Jerusalem, which has come to pass already in 70 A.D. We could, however, maintain that this will happen again, as other texts in the book of Revelation suggest another overtaking of Israel in foretelling the return of Christ. The verses that follow these also indicate that this must happen before Jesus returns, but we don’t know for sure if it must happen more than once since we have been waiting almost 2,000 years since the fall of Jerusalem for Christ to return.

In verse 14, Mark added, “let the reader understand,” referring to the prophecy of Daniel to which Jesus was referring. The warning in Jesus’ words as well as what Daniel prophesied about a king rising to turn others away from the faith, deceiving the faithful but God’s elect remaining firm in the faith, even though the outlook seemed hopeless. This is why Jesus is warning His followers, so they will not be deceived and see it coming. Is this something you are aware of?

The term “Abomination of Desolation” refers a great false god, raised up to sway the hearts of many. The abomination is in its deception and trickery, an idol that draws the hearts of others. Its desolation is that it will leave people empty inside (opposite of what the One True God does). Our hearts continue to be led astray and swayed by this “thing” that Jesus warned about. Some say it is the Roman army surrounding Jerusalem. Others debate that it is one of many idols placed in or around the Jewish temple before it was destroyed. It has been said that it is the devil himself or the antichrist. The Abomination of Desolation, however, is more than a single entity such as a statue or an army; it is the very spirit of the antichrist.

John the Apostle wrote about the antichrist in 1 John 2:

15 Do not love the world nor the things in the world. If anyone loves the world, the love of the Father is not in him. 16 For all that is in the world, the lust of the flesh and the lust of the eyes and the boastful pride of life, is not from the Father, but is from the world. 17 The world is passing away, and also its lusts; but the one who does the will of God lives forever. 18 Children, it is the last hour; and just as you heard that antichrist is coming, even now many antichrists have appeared; from this we know that it is the last hour. 19 They went out from us, but they were not really of us; for if they had been of us, they would have remained with us; but they went out, so that it would be shown that they all are not of us. 20 But you have an anointing from the Holy One, and you all know. 21 I have not written to you because you do not know the truth, but because you do know it, and because no lie is of the truth. 22 Who is the liar but the one who denies that Jesus is the Christ? This is the antichrist, the one who denies the Father and the Son. 23 Whoever denies the Son does not have the Father; the one who confesses the Son has the Father also. 24 As for you, let that abide in you which you heard from the beginning. If what you heard from the beginning abides in you, you also will abide in the Son and in the Father.

We must be careful not to serve anything or anyone more than Jesus as the Christ and in turn God the Father. The Abomination of Desolation is anything that promises us complete joy and fulfillment in life, even to the point of impersonating God Himself, in order to leave us empty and disillusioned in the end. Don’t be deceived.