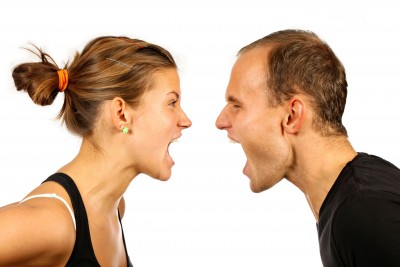 Acts 25:13-27
13 Now when several days had elapsed, King Agrippa and Bernice arrived at Caesarea and paid their respects to Festus. 14 While they were spending many days there, Festus laid Paul’s case before the king, saying, “There is a man who was left as a prisoner by Felix; 15 and when I was at Jerusalem, the chief priests and the elders of the Jews brought charges against him, asking for a sentence of condemnation against him. 16 “I answered them that it is not the custom of the Romans to hand over any man before the accused meets his accusers face to face and has an opportunity to make his defense against the charges. 17 “So after they had assembled here, I did not delay, but on the next day took my seat on the tribunal and ordered the man to be brought before me. 18 “When the accusers stood up, they began bringing charges against him not of such crimes as I was expecting, 19 but they simply had some points of disagreement with him about their own religion and about a dead man, Jesus, whom Paul asserted to be alive. 20 “Being at a loss how to investigate such matters, I asked whether he was willing to go to Jerusalem and there stand trial on these matters. 21 “But when Paul appealed to be held in custody for the Emperor’s decision, I ordered him to be kept in custody until I send him to Caesar.” 22 Then Agrippa said to Festus, “I also would like to hear the man myself.” “Tomorrow,” he said, “you shall hear him.” 23 So, on the next day when Agrippa came together with Bernice amid great pomp, and entered the auditorium accompanied by the commanders and the prominent men of the city, at the command of Festus, Paul was brought in. 24 Festus said, “King Agrippa, and all you gentlemen here present with us, you see this man about whom all the people of the Jews appealed to me, both at Jerusalem and here, loudly declaring that he ought not to live any longer. 25 “But I found that he had committed nothing worthy of death; and since he himself appealed to the Emperor, I decided to send him. 26 “Yet I have nothing definite about him to write to my lord. Therefore I have brought him before you all and especially before you, King Agrippa, so that after the investigation has taken place, I may have something to write. 27 “For it seems absurd to me in sending a prisoner, not to indicate also the charges against him.”

Two chapters later, we are seeing God’s promise to Paul in “Trusting God” fulfilled.  He is now sitting before the king of Rome and is about to be given the opportunity to witness to him.  Paul has not only been kept safe from the Jews who want to kill him, but he has been shown favor and given decent living accommodations for over 2 years.

I want to highlight two points in this passage today and bring them together.  This isn’t to take them out of context, rather to use this as an opportunity to discuss something that is quite bothersome to me.  In verse 19 Festus notes his surprise that the Jews didn’t have actual charges to bring against Paul concerning the law of the land, but just disagreements about their religion.  In verse 17, Festus tells the king, “It’s a bit ridiculous that I have to present to you a man who really has done nothing wrong, but I don’t know what else to do.”  My point: it’s ridiculous to argue about religious differences.

If our pursuit of religious truths is about discovering the ultimate truth of life, then why do we waste countless hours arguing about who is right and wrong?  Now, I understand that in this instance there were some things Paul said that straight up offended the Jews.  For one, I’m sure they were tired of being reminded of Jesus being crucified by the very people He died to save.  The Sadducees whom did not believe in resurrection were tired of hearing that this guy was resurrected from the dead and then ascended into heaven.  Nobody wanted to hear anymore about how they were worshipping their religion instead of the God it was supposed to be about.  Humans get offended, especially when it involves their core beliefs about life and death.  This is how it is with everybody.

From Atheists to Christians to Muslims to Hindus and everything beyond and in-between, we are all very adamant about our core beliefs because they are the base for how we live our lives.  We live by what we believe and when someone or something challenges it, we get in defensive mode because we aren’t just defending a belief system, we are defending ourselves.  The problem with this is that in some aspects, we are probably wrong.  Our defensiveness, however, prevents us from learning what is incorrect (in relation to ultimate truths of the universe) and thus growing more in the truth.  If we don’t put ourselves in a position to receive information contrary to our beliefs we will not grow.  If we don’t accept that what we currently believe could be wrong, we will not make ourselves vulnerable to change our beliefs.

Furthermore, we must understand that nobody can change someone else’s core beliefs.  You can offer a different point of view and explain your side of things, but you aren’t going to have a conversation with someone and suddenly they change everything about them.  It doesn’t work that way because our beliefs involve more than our head knowledge.  It is a work of the heart which takes time.  Someone might walk away from a conversation feeling like their world just got flipped upside down, but they will need to digest and test what they have learned to see if it is something they truly believe.  We cannot convince others to believe what we believe.  Especially as Christians, if we read and believe what God says in the bible, we will learn that the changing of hearts happens by Him, not by our convincing speeches and sermons.  Paul even said this clearly, that he doesn’t try to convince anyone with elegant words or crafty speeches designed to change one’s mind.  He simply preaches “Christ and Him crucified.”  If we truly believe in the Sovereignty of God, then we must trust Him to do the work in their hearts.

When Jesus called us to “go into all the world,” He didn’t say, “convincing them all that I am the Christ.”  He said in Matthew 28:

[quote]19 “Go therefore and make disciples of all the nations, baptizing them in the name of the Father and the Son and the Holy Spirit, 20 teaching them to observe all that I commanded you; and lo, I am with you always, even to the end of the age.” [/quote]

Making disciples isn’t about convincing people to follow you; it is about teaching those who are dedicated to following Christ.  He will change their hearts. We are tasked with making them effective followers of Christ (meaning we must be as well).  If this isn’t convincing enough, take note of what Paul wrote to the Romans (before being sent there under arrest):

[quote]17 So faith comes from hearing, and hearing by the word of Christ.[/quote]

So our belief in Christ comes from simply hearing His Gospel by which we learn what to trust.  Once we know what to trust we can then decide if we should trust it or not to test if it is trustworthy.  That is where God transforms our hearts.  That is where we make ourselves vulnerable for our beliefs to be transformed.  This is a constant process, not a one-time event.  We continue to be transformed by our experiences (driven by our current beliefs) in order to create more refined and closer-to-the-truth beliefs.