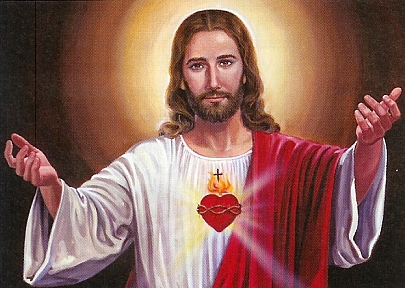 Therefore, let us fear if, while a promise remains of entering His rest, any one of you may seem to have come short of it. 2 For indeed we have had good news preached to us, just as they also; but the word they heard did not profit them, because it was not united by faith in those who heard. 3 For we who have believed enter that rest, just as He has said,

“As I swore in My wrath,

They shall not enter My rest,”

although His works were finished from the foundation of the world. 4 For He has said somewhere concerning the seventh day: “And God rested on the seventh day from all His works”; 5 and again in this passage, “They shall not enter My rest.” 6 Therefore, since it remains for some to enter it, and those who formerly had good news preached to them failed to enter because of disobedience, 7 He again fixes a certain day, “Today,” saying through David after so long a time just as has been said before,

“Today if you hear His voice,

Do not harden your hearts.”

8 For if Joshua had given them rest, He would not have spoken of another day after that. 9 So there remains a Sabbath rest for the people of God. 10 For the one who has entered His rest has himself also rested from his works, as God did from His.

I’ve gotten into the habit of pausing whenever I encounter the word “fear” in Scripture because it doesn’t always mean what we think it does.  Our current culture of fear mongering and using fear to control people and make money misleads us sometimes in our understanding of what the bible is trying to say.  Here, the author is trying to say, “hey, since there are some hefty consequences for not believing, let’s pay attention and be sure there isn’t one among us who is of that fate.”

The author is using a passage from Psalm 95 which uses “rest” synonymously with salvation and eternal reunion with God.  His rest could also be referred to as the peace that transcends all understanding.  Our relationship with God is dependent upon belief and obedience.  While God gives us the capacity to believe and the opportunity to answer His call to be reunited with Him, we must still take a step.  A relationship isn’t one-sided; a man can propose to a woman but if she never answers, then they don’t enter into the marriage.

I would like to point out verse 3 and verse 6.  The author is talking about faith and our part in it.  If we look back to the book of Acts, when the original disciples were present for the outpouring of the Spirit and Peter gave his first grand sermon revealing the Gospel of Christ, the audience was cut to the heart and asked, “what shall we do to be saved?”  “Repent and be baptized,” he responded.  This is the call to obedience and dedication of your life to Christ.  When our eyes are opened and we receive the truth of God, we have a choice: follow or reject.  It’s just like the choice that Adam and Eve had: be obedient or suffer the consequences of the opposite.  Being disobedient results in missing a relationship with God.  This is why James, the brother of Christ, wrote an entire letter explaining the importance of activating our faith and putting to practice what we say we believe.  Our obedience to God is what makes our faith real and how we enter and maintain our relationship with God.

To be clear, let us not think that Jesus is on His hands and knees begging you to come to Him; as if He needs new friends.  He extended His arms on the cross; that was your invitation.  I think sometimes in communicating God’s message we distort the image of Christ by thinking He is this lowly farm boy with flowing locks, a kind face, and furled eyes asking for your acceptance.  God doesn’t need your acceptance, you need His!  The revelation of Christ to John describes Jesus like this:

13 and in the middle of the lampstands I saw one like a son of man, clothed in a robe reaching to the feet, and girded across His chest with a golden sash. 14 His head and His hair were white like white wool, like snow; and His eyes were like a flame of fire. 15 His feet were like burnished bronze, when it has been made to glow in a furnace, and His voice was like the sound of many waters. 16 In His right hand He held seven stars, and out of His mouth came a sharp two-edged sword; and His face was like the sun shining in its strength. 17 When I saw Him, I fell at His feet like a dead man. (Revelation 1:13-17)

The part about John falling to His face is interesting since John was Jesus’ best friend on earth, yet the awe and power and majesty of Christ forced him to fall on his face like a dead man.  One book I read says, “we talk about accepting Christ as though He is someone who needs our acceptance.”  Jesus isn’t someone we are to pity and welcome into our lives because He is all alone and helpless; He is someone we are to revere and respect in awe and wonder because He is the Word through whom all was created!

Our disobedience to Christ is foolish, not only because of who He is but because He knows what will happen if we aren’t obedient.  He’s trying to let us know; that’s His act of love towards us, yet we continue to ignore what He is saying.  Like a stern father who knows best, He tells us the consequences of our actions and gives us refuge and strength and motivation to avoid the path that leads to destruction.  He gives us discipline and honor and love to stay on the path that leads to God’s rest.  Why is it so hard for us to be obedient?