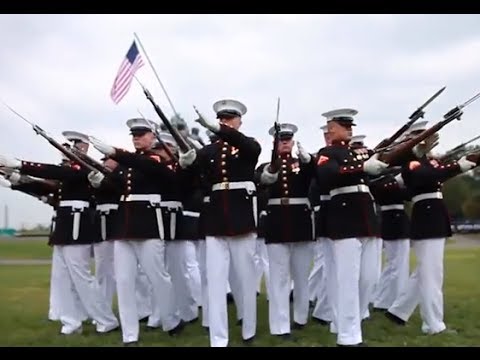 Today is the Marine Corps birthday.  The attitude of the Marine Corps is summed up into two Latin words: Semper Fidelis.  As I see and communicate with my fellow brothers and sisters in arms on Facebook, an echoing thought in my mind comes to the forefront, “Why aren’t Christians more like Marines?”  This is something I have always wondered and strive to communicate to my brothers and sisters in the faith.  Maybe part of it is me missing the camaraderie of being in the military, but wait…isn’t the brotherhood of believers supposed to be similar, even more tight knit?  Those of you who have served in some military or paramilitary force and are believers in Christ probably know what I’m talking about.

I find these words, always faithful, to be an interesting choice given my current worldview.  Are there many who are faithful these days?  Do we stay faithful for long to any one idea or institution?  The Marines don’t have that problem.  I’ve become friends with some Marines just because they were Marines.  There is a bond between us that nobody can take away.  We suffered through boot camp, we’ve been shot at, we’ve taken the same oath.  Even though we didn’t technically “serve” together, we still served the same cause: freedom.  Then I ask, why don’t Christians think this way?  We too serve the same cause of freedom, yet we don’t celebrate it like the Marines.  Jesus tells us in John 8 34 Jesus answered them, “Truly, truly, I say to you, everyone who commits sin is the slave of sin. 35 The slave does not remain in the house forever; the son does remain forever. 36 So if the Son makes you free, you will be free indeed. We’ve all suffered the slavery of sinfulness together and together we have been made free in Christ.

Jesus teaches over and over the importance of brotherhood.  He tells us to love others like family.  Paul teaches of the importance of staying united as the body of Christ, Therefore, my brethren, you also were made to die to the Law through the body of Christ, so that you might be joined to another, to Him who was raised from the dead, in order that we might bear fruit for God (Romans 7:4). In bootcamp, Marines are freed from their individualism and indoctrinated into the Esprit de Corps, a fancy term they use to explain that we are no longer individuals, we live and fight for each other. We all have a specific purpose to work together as a team.  There are those on the front lines, those “back home” sending support, those collecting intelligence and those training.  We are all important in our specific areas of duty and without everyone working together, the mission will not be accomplished.  What is our mission?

18 And Jesus came up and spoke to them, saying, “All authority has been given to Me in heaven and on earth. 19 Go therefore and make disciples of all the nations,baptizing them in the name of the Father and the Son and the Holy Spirit, 20 teaching them to observe all that I commanded you; and lo, I am with you always, even to the end of the age.”

As a missionary I try to keep up with progress of this mission throughout the world; we seem to be falling behind.  We aren’t as effective as we should be because we aren’t working together as much as we should be.  We are more worried about which denomination is the “real” one and whose doctrine is best.Our society’s mindset of individuality has skewed our vision of the bigger picture.  I suppose one could argue that this is similar to Marines joking with one another about which bootcamp we went to and which one was “real”.  It still doesn’t deter us from working together, however.  Meanwhile, our churches war against each other arguing over doctrine and who is right or wrong instead of working together for the common cause.

Thinking back to when I graduated bootcamp, I remember comments about brainwashing.  Those who had never gone through it didn’t understand so they made jokes and spoke as if we had suddenly become lesser beings.  I wonder, is it considered brainwashing if we did it willingly?  Is it considered brainwashing if we stayed in training, followed through with our commission, and still look back on it as some of the best times of our lives?  The Apostle Paul tells us in Romans 12:

12 Therefore I urge you, brethren, by the mercies of God, to present your bodies a living and holy sacrifice,acceptable to God, which is your spiritual service of worship. 2 And do not be conformed to this world, but be transformed by the renewing of your mind, so that you may prove what the will of God is, that which is good and acceptable and perfect. 3 For through the grace given to me I say to everyone among you not to think more highly of himself than he ought to think; but to think so as to have sound judgment, as God has allotted to each a measure of faith. 4 For just as we have many members in one body and all the members do not have the same function, 5 so we, who are many, are one body in Christ, and individually members one of another. 6 Since we have gifts that differ according to the grace given to us, each of us is to exercise them accordingly: if prophecy,according to the proportion of his faith; 7 if service, in his serving; or he who teaches, in his teaching; 8 or he who exhorts, in his exhortation; he who gives, with liberality; he who leads, with diligence; he who shows mercy, with cheerfulness. 9 Let love be without hypocrisy. Abhor what is evil; cling to what is good. 10 Be devoted to one another in brotherly love; give preference to one another in honor; 11 not lagging behind in diligence, fervent in spirit,serving the Lord; 12 rejoicing in hope, persevering in tribulation, devoted to prayer, 13 contributing to the needs of the saints, practicing hospitality. 14 Bless those who persecute you; bless and do not curse. 15 Rejoice with those who rejoice, and weep with those who weep. 16 Be of the same mind toward one another; do not be haughty in mind, but associate with the lowly. Do not be wise in your own estimation. 17 Never pay back evil for evil to anyone. Respect what is right in the sight of all men. 18 If possible, so far as it depends on you, be at peace with all men. 19 Never take your own revenge, beloved, but leave room for the wrath of God, for it is written, “Vengeance is Mine, I will repay,” says the Lord. 20 “But if your enemy is hungry, feed him, and if he is thirsty, give him a drink; for in so doing you will heap burning coals on his head.” 21 Do not be overcome by evil, but overcome evil with good.

I know that might have been a bit longer than some of you might have liked, but I think it is important for us to understand the entire idea of what it means to be a Christian, to be always faithful, to be united in the one Spirit of God.  Some of us go through boot camp and forget everything we have learned.  We try to force it out of our minds, but at our core, it is still there.  We can’t deny the existence of the Marine Corps because we experienced it ourselves.  We might not agree with its doctrine, its mission, or even how they go about day-to-day activities; but, we cannot deny its effectiveness at what it was designed to do.  We cannot deny the brotherhood that it cultivates nor its impact on history.  What am I getting at?  Just like the Marine Corps, the body of believers, despite its inconsistencies and problems, exists because its mission is real.  The body of Christ exists because Christ exists. 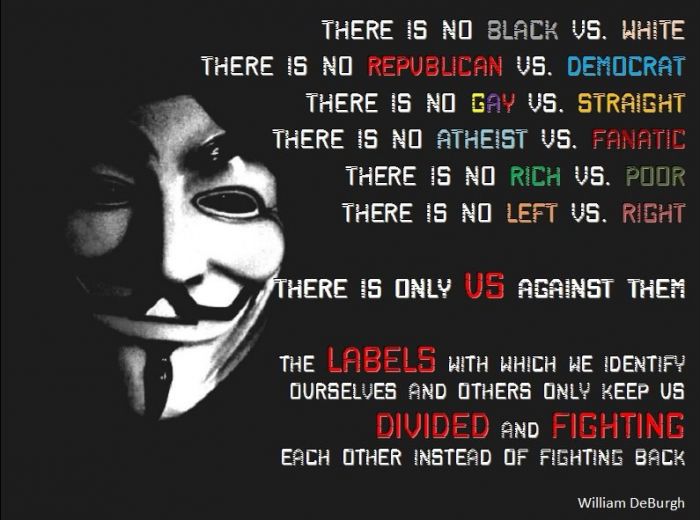 As Christians, have we lost our nerve?  Have we lost the point altogether?  Does the enemy have such control over us that we have lost sight of the goal or who the real enemy is? If we are doing anything outside of strengthening our brotherhood to be more efficient in our mission of making disciples to the ends of the earth until the end of time, then we are missing something.  We might as well retire.  The Marines proclaim they are always faithful because they are.  Faithful to God, Country, and Corps.  Why aren’t Christians always faithful to The One who invented faithfulness?  I challenge you and myself today to strive to be more faithful not just to God, but to the brothers and sisters around you who are fighting the good fight.  May we never back down.  May we serve others before our selves.  May we never quit until the mission is accomplished.  Let us fight and press on as Paul did, “I press on toward the goal for the prize of the upward call of God in Christ Jesus.”