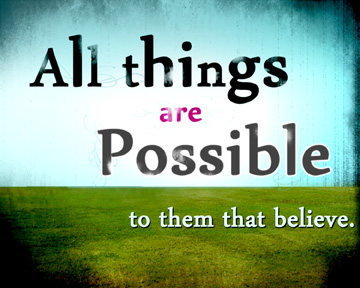 Acts 3:11-16
11 While he was clinging to Peter and John, all the people ran together to them at the so-called portico of Solomon, full of amazement. 12 But when Peter saw this, he replied to the people, “Men of Israel, why are you amazed at this, or why do you gaze at us, as if by our own power or piety we had made him walk? 13 “The God of Abraham, Isaac and Jacob, the God of our fathers, has glorified His servant Jesus, the one whom you delivered and disowned in the presence of Pilate, when he had decided to release Him. 14 “But you disowned the Holy and Righteous One and asked for a murderer to be granted to you, 15 but put to death the Prince of life, the one whom God raised from the dead, a fact to which we are witnesses. 16 “And on the basis of faith in His name, it is the name of Jesus which has strengthened this man whom you see and know; and the faith which comes through Him has given him this perfect health in the presence of you all.

How many of us are guilty of being surprised by God’s wonder?  Peter and John were used to the power of the Holy Spirit, so when this man was healed, they weren’t surprised at all.  They had already been surround by the culture of Jesus so this occurrence was no different than the many other times people were healed in their presence.  In fact, at one point during their training, the disciples went out without Jesus and performed miracles in His name.  Why are we surprised when God makes the impossible possible?  Even those of us who believe in who God is and what He is capable of, we are still shocked when it happens.  We look around and see the beauty of creation and how every detail is accounted for even on the cellular and atomic levels.  The One who designed it all suddenly can make them work again when they have decayed.  He made it all out of nothing, surely He can fix it.

The problem is that while we even might believe in God and His power, we are still living in the culture of the world.  God has given us the faith to believe these things but we are still allowing ourselves to be blindfolded by the society we live in.  We are blinded by the society that says, “this isn’t possible” instead of opening our eyes to the Kingdom of God which says, “All things are possible to him who believes.” (Mark 9:23)  We continue to limit our own faith because we continue to refuse to take God at His word.  We continue to think that God is limited by the world and thus we have limited faith.

As we continue to work on our relationship with God, we will learn more of who He is, what He is capable of, and that we can trust it.  How many times have you hoped God would do something but didn’t really believe He would or could?  How many times have you put your disappointed hope and trust in other humans instead of having secure hope and trust in Him?  Our amazement in the things God does in our lives is in exact proportion to how much we believe Him for what He says.  How amazed are you at God?  What is blinding you to the reality of God’s majesty?