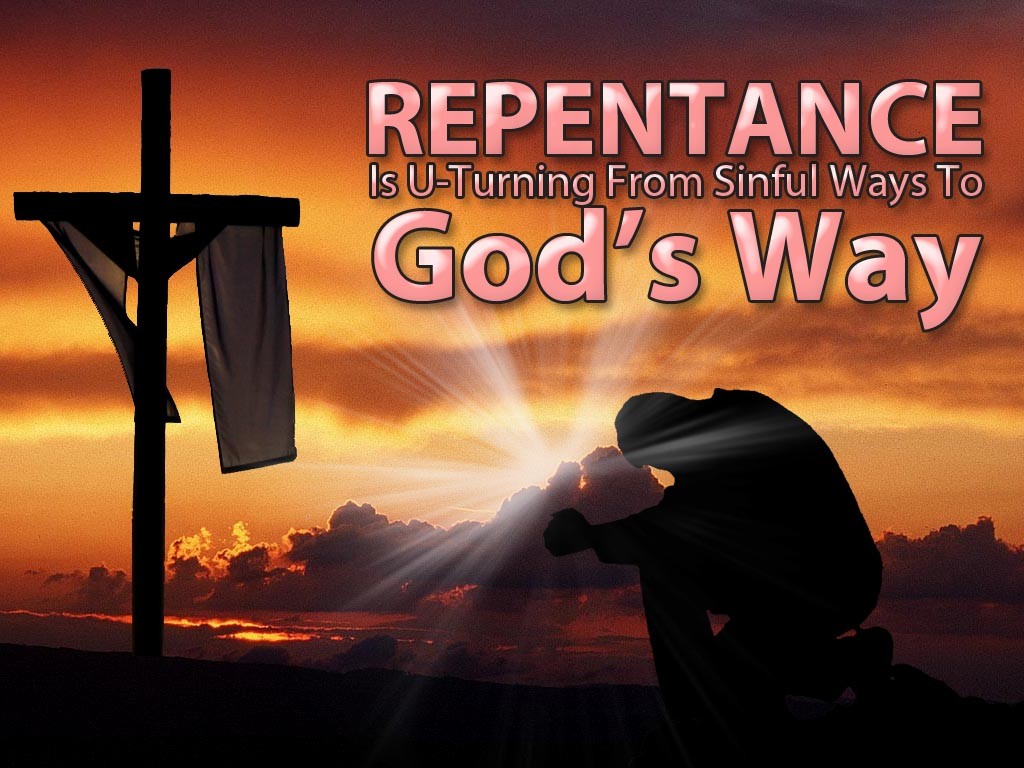 Matthew 3:1-6
1 Now in those days John the Baptist came, preaching in the wilderness of Judea, saying, 2 “Repent, for the kingdom of heaven is at hand.” 3 For this is the one referred to by Isaiah the prophet when he said, “THE VOICE OF ONE CRYING IN THE WILDERNESS, ‘MAKE READY THE WAY OF THE LORD, MAKE HIS PATHS STRAIGHT!’ ” 4 Now John himself had a garment of camel’s hair and a leather belt around his waist; and his food was locusts and wild honey. 5 Then Jerusalem was going out to him, and all Judea and all the district around the Jordan; 6 and they were being baptized by him in the Jordan River, as they confessed their sins.

John the Baptist preached a baptism of repentance. This is the same baptism we engage in when we are baptized in the church. I struggled with the “command” of baptism when I first started really digging into learning more about God. I argued with my pastor about it for a while, but once I understood that baptism is more than a religious ceremony, I recognized its importance. It isn’t about getting accepted into the church or a rite of passage into a religious organization. It isn’t something that gives you the right to call yourself a Christian. It is an outward expression of a covenant between you and God. It doesn’t matter if there are 3 people there watching or 1,000, your baptism is an intimate moment between you and Him. It isn’t for others to see, it is for you to be bold and make a decision.

One of the most important things to recognize in regards to baptism is the message that John preached, “the kingdom of heaven is at hand.” Not coincidentally, Jesus preached the same exact thing! John was proclaiming the arrival of Jesus as the embodiment of the Kingdom of Heaven and Jesus arrived saying that He is the embodiment of the Kingdom. This is what we need to realize as to why we need to be baptized into repentance. The word repentance comes from the original Greek word metanoeo, which is defined as, “to change one’s mind for better, heartily to amend with abhorrence of one’s past sins.” So then, in the recognition of the arrival of the Kingdom of Heaven, our sinfulness is exposed and we have a choice to make. We can recognize them as sins and choose to turn away from them or we choose to continue living in them in ignorance. This isn’t saying we won’t sin again (not that it’s an excuse, either) but that we will work to not knowingly sin again and when we do and recognize our sinfulness, continue living a life of repentance and sanctification.

We all have this basic knowledge of good and evil. We justify our sinfulness as well as try to make up for it by talking about being a “good person,” but ultimately our battle against sinfulness rages in our repentance. We are called to a life of repentance not to be a “good person” or to rise up in the ranks of the church hierarchy (some people say they don’t want to be “too good” which is just another excuse to sin). A life of repentance is a life that strives to live in the presence of God, i.e. the Kingdom of Heaven. In our justification of sinfulness, we have convinced ourselves that the Kingdom of Heaven is something that is going to come when we die or when Christ returns or when the world ends (however you like to explain it). Yet, the Kingdom of Heaven has been at hand ever since Jesus began His ministry (right after John baptized Him). The Kingdom of Heaven isn’t something we hope for in the future; it is something we get to live in here and now! But we can only do it by living a life of repentance.

When we get baptized, we are committing to that life of repentance. We are saying, “I recognize the arrival of the Kingdom of Heaven and I want to live in it. So, I lay down my life of sinfulness to walk in God’s presence.” As Jesus said, “For whoever wishes to save his life will lose it, but whoever loses his life for My sake, he is the one who will save it.” By laying down our sinful lives and walking into the life of salvation, we finally get to live a life of freedom in Him. Will you repent today?