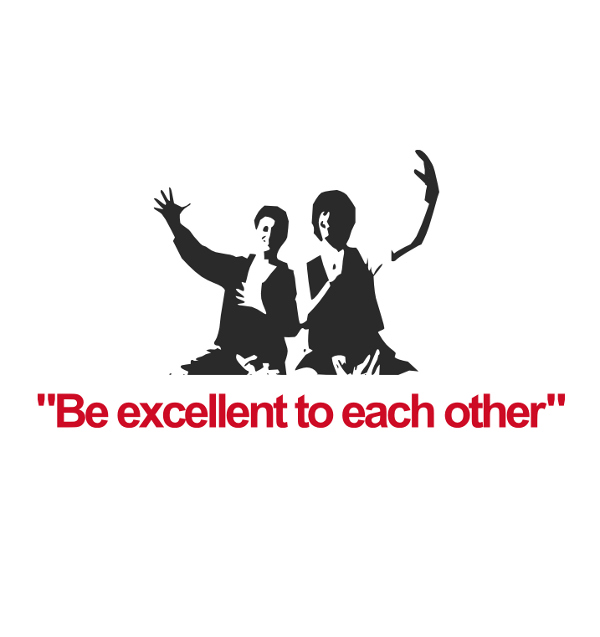 11 Beloved, I urge you as aliens and strangers to abstain from fleshly lusts which wage war against the soul. 12 Keep your behavior excellent among the Gentiles, so that in the thing in which they slander you as evildoers, they may because of your good deeds, as they observe them, glorify God in the day of visitation. 13 Submit yourselves for the Lord’s sake to every human institution, whether to a king as the one in authority, 14 or to governors as sentby him for the punishment of evildoers and the praise of those who do right. 15 For such is the will of God that by doing right you may silence the ignorance of foolish men. 16 Act as free men, and do not use your freedom as a covering for evil, but use it as bondslaves of God. 17 Honor all people, love the brotherhood, fear God, honor the king.

What we do matters, especially when everyone is watching.  Since the beginning of “The Way” set forth by the ministry of Jesus Christ, His followers and even His purported followers have been under much scrutiny by the rest of the world.  We are being watched.  As I struggled this past week about being “the city on a hill,” I have recognized the importance of how I behave: what I say, what I do, how I respond to external stimuli.  As Peter just finished explaining who we are in Christ, he is now beginning his response to who we are and why it is important.

One of the things that baffles me the most about Christianity is the mixed messages that everyone has about it.  I see and hear statements about Christianity (like the few I mentioned in my rant about calling ourselves Christians) and I realize that my desire to “defend” against what I hear is not as much prideful as it is that I feel like I have to correct wrong perceptions.  Then I wonder, “Why are there wrong perceptions?”  It is because we haven’t taken the time to pause and listen to what Peter is teaching here.

If our design is to worship God, then when unbelievers see us, they should see us worshiping God (in whatever form that may be).  However, what the world is really seeing is us doing the exact opposite of what Peter is instructing us to do.  We aren’t abstaining from fleshly lusts, but keep getting caught in them.  We aren’t “behaving excellently,” rather we are telling others how excellent they aren’t.  We aren’t submitting ourselves to the human institutions; rather we are trying to find ways around them.  We aren’t acting in a way that silences foolish men; rather we are behaving as foolish men!  We are taking advantage of God’s forgiveness; we use God’s grace as a license to sin more instead of using it to be free from it altogether.

Peter reminds us that as those of the rebirth of God, we are now strangers in this foreign land we call “the world.”  We are still subject to its ordinances and laws.  We still have to abide by gravity, speed limits, and the cost of a gallon of gas.  Yet, by living through the Spirit of God, against such things there is no law.  If we act without reproof, as Jesus did, sure there will be conflict but our adversaries will be left without recourse because their wrongs will be exposed.  This goes beyond merely speaking the truth; it is a wakeup call to live the truth.

How does God call us to live?

LOVE YOUR BORTHERS AND SISTERS IN CHRIST

HONOR THE LAWS WHICH YOU ARE UNDER

1 thought on “Be Excellent”