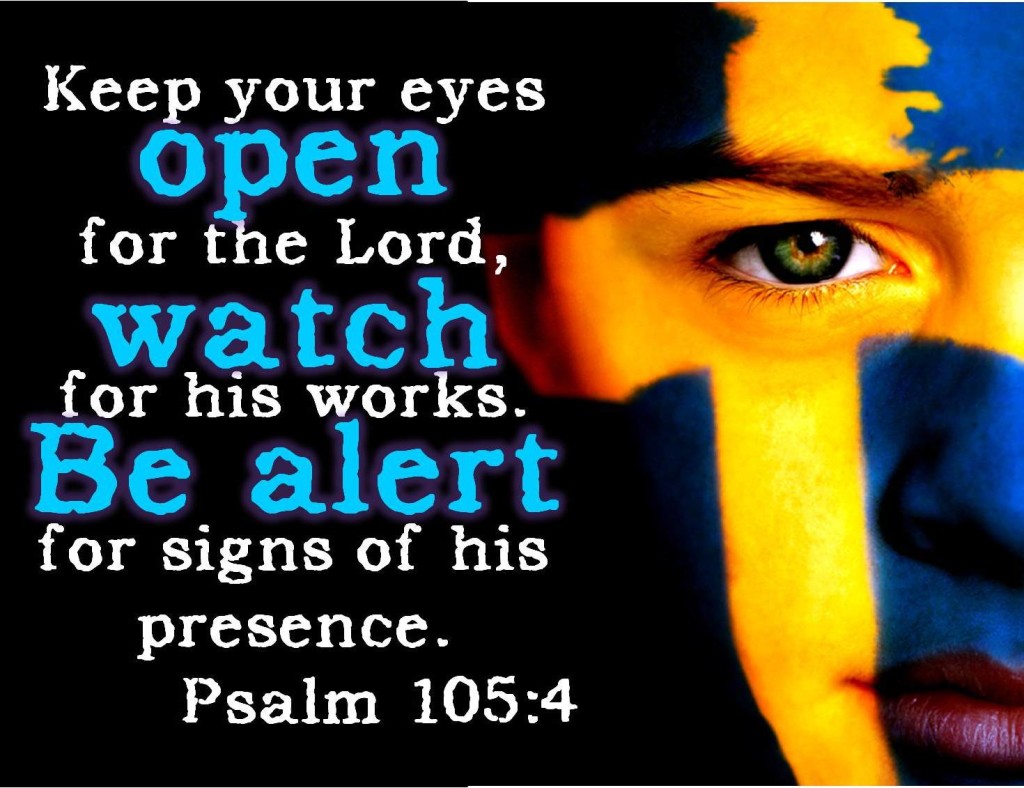 Matthew 24:42-51
42 “Therefore be on the alert, for you do not know which day your Lord is coming. 43 “But be sure of this, that if the head of the house had known at what time of the night the thief was coming, he would have been on the alert and would not have allowed his house to be broken into. 44 “For this reason you also must be ready; for the Son of Man is coming at an hour when you do not think He will. 45 “Who then is the faithful and sensible slave whom his master put in charge of his household to give them their food at the proper time? 46 “Blessed is that slave whom his master finds so doing when he comes. 47 “Truly I say to you that he will put him in charge of all his possessions. 48 “But if that evil slave says in his heart, ‘My master is not coming for a long time,’ 49 and begins to beat his fellow slaves and eat and drink with drunkards; 50 the master of that slave will come on a day when he does not expect him and at an hour which he does not know, 51 and will cut him in pieces and assign him a place with the hypocrites; in that place there will be weeping and gnashing of teeth.

As Jesus continues to explain the importance of preparing for His return, He uses a metaphor to explain how important it is to be ready.  We can see Jesus’ stress on being ready, remaining alert, and expecting the Second Coming, but what exactly does it mean?  Are we supposed to spend our extra time out on the porch looking into the sky?  Are we supposed to walk around the streets yelling, “He’s on the way”?  Jesus uses an example of a head slave put in charge of a household while the master is away.

While Jesus is not on this earth, He has put us in charge of it.  As a little history lesson, God created man and made him ruler of the world.  Satan stole the authority and rights from man through sin.  Jesus came back and beat sin so that we could have that authority back.  With that authority, we have much responsibility.  We are to realize our purpose and fulfill it until He returns.  We are to be faithful with what He has given us.  We are not to take it for granted that Jesus has not come back yet.

There are many people I have heard and seen with the attitude that they won’t worry about those sort of things until they are on their death bed or when it comes “closer to the time” of Christ coming back.  Apparently they have never read this part of scripture before!  Jesus says by then it will be too late.  Even more, He points out that when we carry on with this attitude, we are hypocrites and we will mourn with regret.  Personally I have worked very hard to make sure my regrets in this life remain few, but it is even more important to make sure my regrets in eternity remain even fewer!

Psalm 105, which is referenced in the featured image for this post, reveals to us what it is we are charged with doing as we wait for His return:

1 Oh give thanks to the LORD, call upon His name; Make known His deeds among the peoples. 2 Sing to Him, sing praises to Him; Speak of all His wonders. 3 Glory in His holy name; Let the heart of those who seek the LORD be glad. 4 Seek the LORD and His strength; Seek His face continually.

If we do not do these things, then we make ourselves hypocrites by going to church, appearing holy, and even calling ourselves Christians but not being anything like Christ!  We must continually evaluate our diligence as Christ’s followers so when that day comes He will say, “Well done good and faithful servant (Luke 19:17)” instead of, “I never knew you; depart from me you who practice lawlessness (Matthew 7:23).”