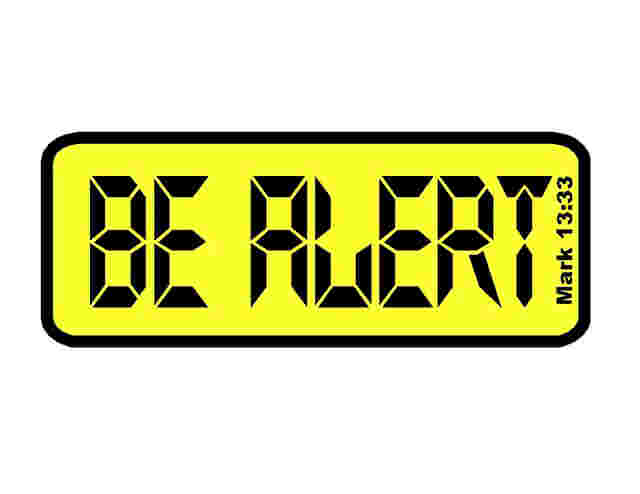 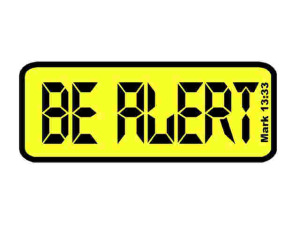 Mark 13:24-37
24 “But in those days, after that tribulation, THE SUN WILL BE DARKENED AND THE MOON WILL NOT GIVE ITS LIGHT, 25 AND THE STARS WILL BE FALLING from heaven, and the powers that are in the heavens will be shaken. 26 “Then they will see THE SON OF MAN COMING IN CLOUDS with great power and glory. 27 “And then He will send forth the angels, and will gather together His elect from the four winds, from the farthest end of the earth to the farthest end of heaven. 28 “Now learn the parable from the fig tree: when its branch has already become tender and puts forth its leaves, you know that summer is near. 29 “Even so, you too, when you see these things happening, recognize that He is near, right at the door. 30 “Truly I say to you, this generation will not pass away until all these things take place. 31 “Heaven and earth will pass away, but My words will not pass away. 32 “But of that day or hour no one knows, not even the angels in heaven, nor the Son, but the Father alone. 33 “Take heed, keep on the alert; for you do not know when the appointed time will come. 34 “It is like a man away on a journey, who upon leaving his house and putting his slaves in charge, assigning to each one his task, also commanded the doorkeeper to stay on the alert. 35 “Therefore, be on the alert -for you do not know when the master of the house is coming, whether in the evening, at midnight, or when the rooster crows, or in the morning – 36 in case he should come suddenly and find you asleep. 37 “What I say to you I say to all, ‘Be on the alert!’ ”

With the movie Left Behind recently released, the idea of the end time is beginning to creep back up into everyone’s minds. We can very easily mistake what Jesus is saying here, so let us make sure we get it clear before we start drawing inappropriate conclusions. Remember that previously Jesus was talking about the fall of Jerusalem, which took place about 40 years after this discussion. This is why Jesus said that the current generation would not pass away before seeing the destruction of their temple and the world will change as they know it, growing darker. This was the sign of the beginning of the end days.

Jesus reminds us, however, that we will not know that final hour until it comes. How often do we sit and wonder and try to figure out when that time will be? If we do, we are focusing on the wrong thing! As His analogy reveals, our job is to be on the alert and continue working hard in the spread of the Gospel until that day comes, not sleep and wait until He returns. We have turned the expectant waiting of Christ’s return from a responsibility to an extended vacation. He has left us in charge of what He started while He was here the first time until He returns and He warns us against being lazy.

We tend to look at passages like this and clump it all together. Our finite minds want this to make perfect sense and fit in the timeline of our mental capacity. We want clear timelines and obvious signs. So, we look for them and try to match them up with current or past events and we look into the future wondering, “was that it?” Part of our problem is that we are afraid to miss it; we don’t want to be left behind. The other part is we want to know everything, even though Jesus tells us here clearly that we will not. When Jesus tells us to be on the alert, He isn’t saying to waste our time reading prophecies and trying to match them up with current events. I’m convinced that when these things happen, we will know. Those that follow Him will know that these are the things He foretold would pass. Our alertness isn’t about paying attention to world news; it refers to a diligence of the mission He gave us until He returns.

When Jesus ascended into heaven in Acts 1, the angels said to His disciples starring into the heavens, “what are you doing? There is work to do. Don’t worry, He will be back in due time.” Friends, we waste too much time worrying about the future that we are slacking in our heavenly commission. Jesus said that even as the world fades away, His Words will not. So, don’t worry about His coming, it will happen. Worry about the task set before you.