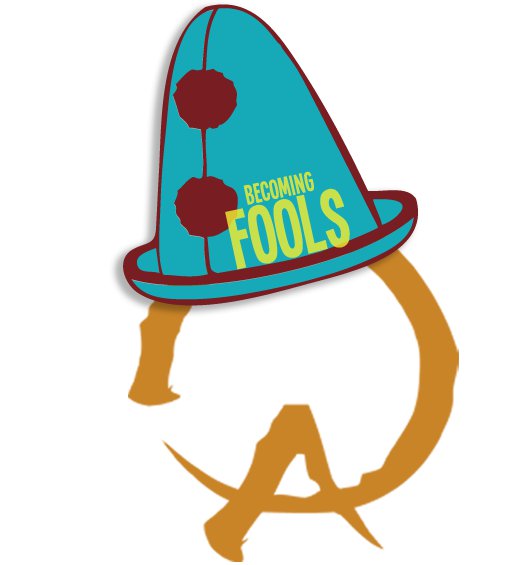 As I was reading today’s passage, I realized something: we rarely talk about foolishness.  Maybe our political correctness has caused us to stray away from identifying foolish behavior or maybe we have all just become fools and that’s why nobody recognizes it.  Solomon uses foolishness as a description of the opposite of wisdom.  Yesterday we learned what wisdom is, so let’s keep in mind today that foolishness then is not merely the lack of knowledge (for this is innocence and naivety), but rather the squandering of the gift of knowledge and experience which we have been given.

10 Dead flies make a perfumer’s oil stink, so a little foolishness is weightier than wisdom and honor. 2 A wise man’s heart directs him toward the right, but the foolish man’s heart directs him toward the left. 3 Even when the fool walks along the road, his sense is lacking and he demonstrates to everyone that he is a fool. 4 If the ruler’s temper rises against you, do not abandon your position, because composure allays great offenses. 5 There is an evil I have seen under the sun, like an error which goes forth from the ruler— 6 folly is set in many exalted places while rich men sit in humble places. 7 I have seen slaves riding on horses and princes walking like slaves on the land.

Suddenly, I am reminded of some of the teachings of Jesus when speaking about the Pharisees.  He considered them fools because they had all of the scriptures and ordinances of God memorized by heart but they didn’t use it to better their relationship with Him or help others do so (as was the point), rather they acted like fools and wasted it.  In Matthew 16, we not only see Jesus’ teaching of this, but we also see an example of it.  Foolishness can easily slip in and spoil that which is pure and good: 5 And the disciples came to the other side of the sea, but they had forgotten to bring any bread. 6 And Jesus said to them, “Watch out and beware of the leaven of the Pharisees and Sadducees.” 7 They began to discuss this among themselves, saying, “He said that because we did not bring any bread.” 8 But Jesus, aware of this, said, “You men of little faith, why do you discuss among yourselves that you have no bread? 9 Do you not yet understand or remember the five loaves of the five thousand, and how many baskets full you picked up? 10 Or the seven loaves of the four thousand, and how many large baskets full you picked up? 11 How is it that you do not understand that I did not speak to you concerning bread? But beware of the leaven of the Pharisees and Sadducees.” 12 Then they understood that He did not say to beware of the leaven of bread, but of the teaching of the Pharisees and Sadducees.  Moreover, Paul points out to the Corinthians that it only takes a little bit to ruin the whole batch.  This is similar to Solomon’s analogy about the flies ruining the perfume. Your boasting is not good. Do you not know that a little leaven leavens the whole lump of dough? 1 Corinthians 5:6

What are these things getting at?  It doesn’t take a whole lot of foolishness to ruin a good thing.  It may take years to build trust with someone but it only takes one action to destroy it.  Presidents and kings have fallen with just one mistake.  People think their worldly position of power protects them from their mistakes but as Solomon says, (a fool) demonstrates to everyone that he is a fool.  Foolishness cannot be hidden or covered up.  It cannot be ignored.  It is the result of worldliness and desiring recognition and power from men.  We must be wary of our own foolishness and beware not to join others in their foolishness.

Are you in danger of being a fool?  How have you fallen into following the Pharisees of this generation in seeking out recognition and position instead of strengthening your relationship with God?