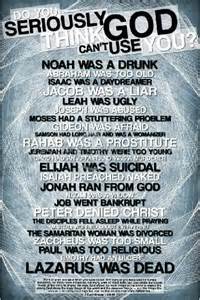 23 Are they servants of Christ?—I speak as if insane—I more so; in far more labors, in far more imprisonments, beaten times without number, often in danger of death. 24 Five times I received from the Jews thirty-nine lashes. 25 Three times I was beaten with rods, once I was stoned, three times I was shipwrecked, a night and a day I have spent in the deep. 26 I have been on frequent journeys, in dangers from rivers, dangers from robbers, dangers from my countrymen, dangers from the Gentiles, dangers in the city, dangers in the wilderness, dangers on the sea, dangers among false brethren; 27 I have been in labor and hardship, through many sleepless nights, in hunger and thirst, often without food, in cold and exposure. 28 Apart from such external things, there is the daily pressure on me of concern for all the churches. 29 Who is weak without my being weak? Who is led into sin without my intense concern? 30 If I have to boast, I will boast of what pertains to my weakness. 31 The God and Father of the Lord Jesus, He who is blessed forever, knows that I am not lying.

What is Paul’s point in relating to his readers all that he has endured?  Remember, he was talking about foolishness before and asking the Corinthians what qualifications the false teachers had over him who were leading them astray.  Aside from being a spiritual authority in Jewish Law and Christian theology, he endured many physical hardships.  In verse 28 Paul also explains that this was just the physical side of things; he endured even more hardship spiritually in caring for the churches he was planting.  Yet what is that odd thing he says in verse 30?

Why would Paul boast in his weaknesses?  This is a concept that is certainly not worldly (after all, he did preface this with “I speak as if insane”).  This perspective is twofold: if he boasts in his strengths then he is putting himself in a place of honor instead of honoring God and in boasting his weaknesses he gets to show that it is God who is making things happen instead of himself.  I know this might seem like one in the same, but in fact there are two things happening here that both involve Paul’s relationship with God.

When we boast in the things we do or have done we put ourselves on a pedestal.  If we are trying to honor and promote God (our duty as believers and followers of Him), than anything we do other than that is in complete contradiction of showing that He is our Lord.  When we show off, boast in our accomplishments, and try to get recognition, it’s like pushing God out of the way and saying, “look what I can do!”  First of all, whatever you can do, it isn’t as cool as speaking all of creation into existence…so just chill out.  Secondly, it really doesn’t do anything.  It might make you feel good about yourself for a little bit or you might get a secret admirer, but in the great scheme of things, nothing really changes.  As we read in Ecclesiastes, nothing is new under the sun.  There is nothing that you have done or created that hasn’t been done before.  Furthermore, nobody likes a showoff.  The main spiritual issue here at hand is pride.  So, even if we recognize all this, what is it that we can boast in?

We boast in our weaknesses.  What exactly does that mean?  I don’t think we can truly understand this concept until we have developed an intimate relationship with God and have begun to learn what His will is for our lives.  Once we get to that level in our spiritual development, it is only then we can see how God will use our weaknesses to boast in God.  Look at some of the “spiritual heroes” of the bible: Abraham’s wife was barren, Noah wasn’t a carpenter, Moses wasn’t a good public speaker, Solomon had a thing for women, Peter was a hot head, and Paul had a thorn in his side.  All these men and many others shone God’s glory brightest in their areas of weakness.  The things they accomplished in their lives were clearly not of their own doing because they wouldn’t have been able to do it on their own.

When we look at our weaknesses in a worldly way, we accept it as loss, use it as an excuse, and otherwise avoid it.  Sometimes we use our weaknesses as personal challenges and when we get around them or overcome them, we use them to show off how good or determined we are.  There are people like this recorded in the bible too and their fall is even greater because of their own pride and self-righteousness.  Your weaknesses might hound you and even oppress your spirit, but God has huge plans for you that are out of your own scope of operation and comfort zone.  It’s how it is supposed to be so He gets the glory, not you.

How are you trying to soak up the glory?