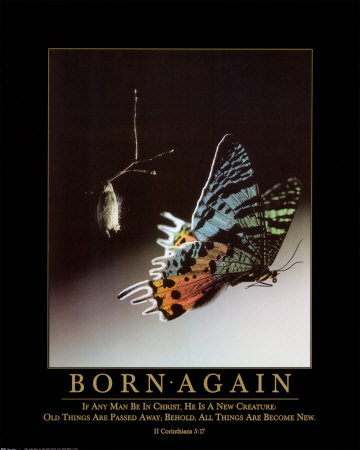 Paul throws a hail mary in explaining the difference between the spiritual and the physical.  He goes so far to reveal to us why Jesus came from heaven, the importance of it, and how we get to be a part of it.

35 But someone will say, “How are the dead raised? And with what kind of body do they come?” 36 You fool! That which you sow does not come to life unless it dies; 37 and that which you sow, you do not sow the body which is to be, but a bare grain, perhaps of wheat or of something else. 38 But God gives it a body just as He wished, and to each of the seeds a body of its own. 39 All flesh is not the same flesh, but there is one flesh of men, and another flesh of beasts, and another flesh of birds, and another of fish. 40 There are also heavenly bodies and earthly bodies, but the glory of the heavenly is one, and the glory of the earthly is another. 41 There is one glory of the sun, and another glory of the moon, and another glory of the stars; for star differs from star in glory. 42 So also is the resurrection of the dead. It is sown a perishable body, it is raised an imperishable body; 43 it is sown in dishonor, it is raised in glory; it is sown in weakness, it is raised in power; 44 it is sown a natural body, it is raised a spiritual body. If there is a natural body, there is also a spiritual body. 45 So also it is written, “The first man, Adam, became a living soul.” The last Adam became a life-giving spirit. 46 However, the spiritual is not first, but the natural; then the spiritual. 47 The first man is from the earth, earthy; the second man is from heaven. 48 As is the earthy, so also are those who are earthy; and as is the heavenly, so also are those who are heavenly. 49 Just as we have borne the image of the earthy, we will also bear the image of the heavenly. 50 Now I say this, brethren, that flesh and blood cannot inherit the kingdom of God; nor does the perishable inherit the imperishable.

This is one of those passages that I don’t quite know where to start.  You know it’s interesting, I was just thinking, “Paul mixes a bit of reality with metaphor here…” Really?  Can you see how easy it is to dismiss the spiritual realm and suddenly click over into explaining it away?  American society has been so conditioned to dismiss the things we have not witnessed with our own eyes.  This is what Paul was talking about being deceived and twisted yesterday; if we believe in the wonder of God then how can we not believe in the lesser elements of spirituality?

The one thing I am having trouble with is figuring out if Paul is talking about the process of sanctification and our spiritual rebirth now on earth or if he is talking about the second coming of Christ.  I had a teacher explain to me once that the term “born again” actually refers to being “born from above.”  Throughout the scriptures, especially in Paul’s writings, he talks a lot about death: physical, spiritual, resurrection, dying to ourselves, etc.  As we read through this passage (I encourage you to read it again before moving forward) we can see the physical attributes of what Paul is saying.  We can relate to his words since he gave us the imagery of a seed dying and being planted so it can grow into what it was intended to be.  Funny how I continue to find scripture that talks about our sinfulness being a result of us acting in a way outside of our design.  Verse 50 clues us in to what Paul is discussing.

Paul has already talked about physical bodily resurrection.  He talked about the resurrection of Christ and the future resurrection of other believers who are physically dead.  He also discussed the ramifications of not believing in physical resurrection.  Paul has shifted to the topic of spiritual resurrection.  While he is using physical terms to describe his point, we cannot get distracted by the physical and skip the spiritual.  This is why Paul calls us fools in verse 36; we are missing the point if we keep wondering about the physical realm, especially since he just tried to warn us of not getting hung up on the silly little things in respect to the grandness of God.

Now, while we know based on other scripture that in the last days we will be resurrected with new bodies to live in a new heaven and a new earth, I believe Paul’s intent here is to explain the newness of life we find in Christ.  As he explains in verse 45, “The first man, Adam, became a living soul.” The last Adam became a life-giving spirit.  Jesus is known as the second Adam, adding the spirituality of our existence on earth so that we could better have a relationship with God.  In his second letter to the Corinthians, Paul explains (maybe because he has to be more direct about it since they didn’t get it this time around), “Therefore if anyone is in Christ, he is a new creature; the old things passed away; behold, new things have come.”

Paul is highlighting for us that one who is truly of God, born again (ie born from above), is different than they were before.  Think back to the metaphor of the seed; does a plant look anything like the seed from which it came?  Furthermore, the plant has a different purpose than the seed.  The seed gives birth to the plant by its death, and the plant grows in its newness of life.  If the plant tries to be the seed, it won’t quite work properly, will it?  Some people ask, “why this whole process in the first place?”  It isn’t just that the seed needs to die for the plant to grow, it is that the seed needs to exist and die for the purpose of the plant.  No seed, no plant.  So why must we be born into sin with selfish desires?  Because without it there would be no starting point for our spiritual rebirth and existence to grow into what we were designed to grow?  What if God didn’t design plants to grow seeds that would eventually die and be replanted?  Would we still have plants around?  What if God didn’t design animals to reproduce, would there still be animals around?

“How can God, in His infinite wisdom design a creature and system to put it in, knowing it would fail?”  Sinfulness and the fallibility of man have a purpose in the grander scheme of things.  It isn’t just that we must die to ourselves to become born again.  The whole system was set up so that the death of our natural selves would spawn our spiritual selves!  The first must exist so that the second can come about. The spiritual is not first, but the natural; then the spiritual. This is exactly what Jesus explained in John 3.

Where are you at in this process?