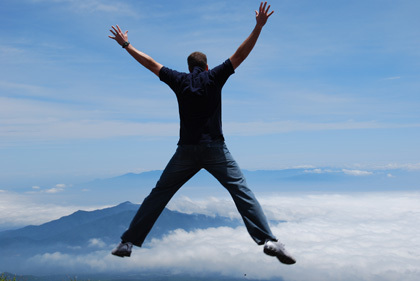 Acts 10:39-48
39 “We are witnesses of all the things He did both in the land of the Jews and in Jerusalem. They also put Him to death by hanging Him on a cross. 40 “God raised Him up on the third day and granted that He become visible, 41 not to all the people, but to witnesses who were chosen beforehand by God, that is, to us who ate and drank with Him after He arose from the dead. 42 “And He ordered us to preach to the people, and solemnly to testify that this is the One who has been appointed by God as Judge of the living and the dead. 43 “Of Him all the prophets bear witness that through His name everyone who believes in Him receives forgiveness of sins.” 44 While Peter was still speaking these words, the Holy Spirit fell upon all those who were listening to the message. 45 All the circumcised believers who came with Peter were amazed, because the gift of the Holy Spirit had been poured out on the Gentiles also. 46 For they were hearing them speaking with tongues and exalting God. Then Peter answered, 47 “Surely no one can refuse the water for these to be baptized who have received the Holy Spirit just as we did, can he?” 48 And he ordered them to be baptized in the name of Jesus Christ. Then they asked him to stay on for a few days.

What is happening here is the end goal of what God was communicating to Peter throughout chapter 10.  God’s purpose for all of this was to show that His salvation isn’t just available to Jews, but Gentiles as well.  Notice how He set up the scenario.  He used Peter, who was completely zealous for the Jewish way.  His disciples were the same way but God orchestrated a series of events where these Christian/Jewish zealots would not only be audience to, but also a part of, this pouring out of the Spirit upon Gentile people.  How could they argue with that?  The only response they could have had is recorded in verse 45; they were amazed.

When I started really studying the Holy Spirit about a year ago, I combed through Acts to find an equation of how the Holy Spirit works.  I tried to discover what series of events must I go through to receive the pouring out of the Spirit on my life.  I tried to understand who I must find to lay hands on me, what caliber of person must I ask to pray over me, what kind of prayer must I recite or what must I do to make it happen.  This conundrum was settled not too long afterwards when we had our class on animism and spirit manipulation and I realized I was going about it the wrong way.  My way of thinking was like Simon the Magician who tried buying his way into the Kingdom of God.  I was trying to manipulate my way into God’s favor and make Him do what I wanted.

Until now, we’ve seen aside from the Day of Pentecost, the pouring out of the Spirit occurring by the laying on of hands by the Apostles and praying over them.  Until now, we’ve seen the Spirit poured out only upon pious Jews whom although converted, were still considered Jews or as Luke describes here, “circumcised believers.”  These believers thought the only way it was possible was by first being a Jew.  Maybe in our current way of thinking we believe that we receive God’s Spirit after we are baptized but here it happens beforehand.  Just when we think we understand how God works, He flips our neat little box on its head and we have to start all over again figuring out how He fits into it.  The problem is that we aren’t going to begin to understand God until we get rid of the box all together.

Baptism is our response to what God has already done inside of us.  It isn’t a way to manipulate God to show us favor or to pour out His Spirit upon us.  It is our way of recognizing what has already happened to us and completing our side of the deal.  God gets a hold of our hearts by His grace through our faith in Him, and we seal the deal in baptism by saying, “yes Lord, I will follow you.”  He paves the way for us to take and we decide to walk down it.  Peter challenges the astonished Jews by saying, “how can we deny these folks the waters of baptism when God has clearly poured out His Spirit upon them?”

Our most difficult challenge is understanding that God doesn’t work the way we want Him to work.  He isn’t confined by the rules of this world (gravity, death, sickness, sinfulness) and He certainly isn’t confined by the way you think He should behave.  God is free from all these things and He offers us the same freedom.  We limit ourselves because we read the bible and then try to conform it to our current set of rules that govern our lives and we wind up frustrated and disappointed.  Instead we must recognize and seek to learn the new set of rules we are privy to by living in Jesus’ culture, not this world’s culture.  God has opened up a whole new realm of seeing, doing, and being.  Why do we continue to constrain ourselves by this world?  Why do we continue to struggle against the insignificant elements of worldliness which we know hold us back but we still refuse to believe that there is something better?