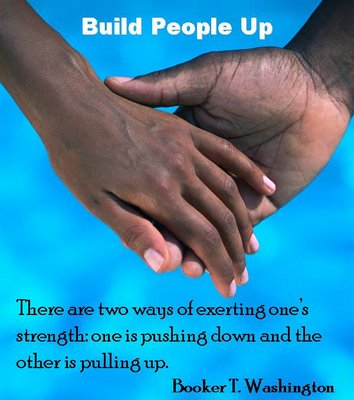 Acts 15:36-41
36 After some days Paul said to Barnabas, “Let us return and visit the brethren in every city in which we proclaimed the word of the Lord, and see how they are.” 37 Barnabas wanted to take John, called Mark, along with them also. 38 But Paul kept insisting that they should not take him along who had deserted them in Pamphylia and had not gone with them to the work. 39 And there occurred such a sharp disagreement that they separated from one another, and Barnabas took Mark with him and sailed away to Cyprus. 40 But Paul chose Silas and left, being committed by the brethren to the grace of the Lord. 41 And he was traveling through Syria and Cilicia, strengthening the churches.

We generally view disagreements and splits in friendship as a bad thing.  That is because in this world, a separation is usually a result of an argument, hurt feelings, and a fight.  Let us not let our worldly view of disagreements cloud this part of the story.  I think it is easy to understand both sides of the disagreement.  Paul didn’t want to take someone who had walked away from them and their mission.  Barnabas saw it as an opportunity to show John Mark grace and love and restore him by having him come along on a missionary trip.  While this may look bad, we cannot overlook the point that now there are two groups of missionaries going out instead of just one.

In the missionary line of work, there are many different ideas of how to do things.  Which is right and which is wrong?  What is right is if the missionaries are bringing honor and glory to God and what is wrong is if they are not.  There are many different ways people have come up with taking the Gospel to others: some preach on street corners, others go door-to-door, some create businesses as ministry while others teach single moms how to make handicrafts.  It isn’t about what we do, but why we do it to and to whom goes the glory.  Sometimes we get so caught up in thinking that our way is the only way and everyone else is wrong that it distracts us from the mission altogether.

Notice also the objective of this journey.  It wasn’t to plant new churches but to encourage and strengthen the ones that already existed.  We rarely define this as missionary work.  We generally focus on “reaching the unreached peoples of the world,” yet if we leave behind a weak church and it falls apart once we leave, what was the point in starting it?  Our preaching, teaching, and sharing of the gospel isn’t just for those who haven’t heard it before; it is also for those who have heard it before.  If today you claim to be a follower of Christ, why do you go back to church every week?  It’s to learn more, isn’t it?  It isn’t just pastors and Sunday school teachers who are charged with teaching, encouraging, and strengthening congregations but missionaries as well.

Let us not limit our sharing of the Gospel of Christ to those who haven’t heard it before, but also those who have already heard it.  This is why we are called to live out our salvation, not just display it and talk about it occasionally.  Being a missionary means living out God’s purpose for you and relating to others the work He has done in you, not selling all your stuff and moving to another country.  It’s about shining God’s light inside you for others to see.  There are many Christians who have revealed to me more of God’s glory and have edified me even though I already am a follower of Christ.  If we read the letters from the Apostle Paul to the churches (a majority of the books in the New Testament), they are to churches established already and he is exhorting, encouraging, and teaching them through his letters.  We might not often think about it, but the building up of those already in the faith is just as important (if not more, so they can be more effective) than reaching the unreached.  If the church is strong and effective, they can better reach the unreached.  Let us read what he wrote to the Ephesians in chapter 4:

11 And He gave some as apostles, and some as prophets, and some as evangelists, and some as pastors and teachers, 12 for the equipping of the saints for the work of service, to the building up of the body of Christ; 13 until we all attain to the unity of the faith, and of the knowledge of the Son of God, to a mature man, to the measure of the stature which belongs to the fullness of Christ.

Maybe in the ideas we have grown to know in our heads for missionaries we don’t often think of the need to create strong followers of Christ to be missionaries themselves.  If Paul could strengthen just one church to send out multitudes to others, this is more effective than trying to do all the work himself.  It doesn’t just fall upon one man, one woman, or even just a group of people.  It falls on all of us as the Body of Christ in the specific purpose He has given us to perform.  Don’t be limited by your tradition; we are all missionaries.