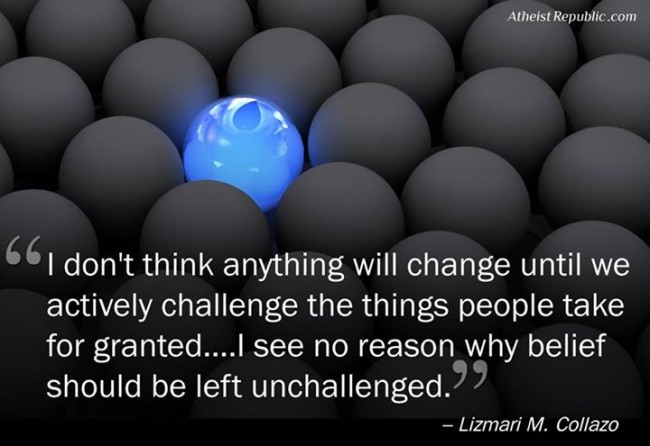 Acts 7:54-57
54 Now when they heard this, they were cut to the quick, and they began gnashing their teeth at him. 55 But being full of the Holy Spirit, he gazed intently into heaven and saw the glory of God, and Jesus standing at the right hand of God; 56 and he said, “Behold, I see the heavens opened up and the Son of Man standing at the right hand of God.” 57 But they cried out with a loud voice, and covered their ears and rushed at him with one impulse.

I feel like a record scratched as I have essentially cut this part of the story in half.  Stephen is about to get stoned but the thought penetrates my thinking: wait, we have to pause and look at this.  How would we react to Stephen if he did this to us?  What if he had called us out on our iniquity and took our supposed lofty knowledge of God and shoved it back in our faces?  What if he took you through all that you think you know and believe and revealed your failure to understand the point of it all?

Our faith and belief system is the core of what drives us to do what we do.  What we believe deep down is what makes us who we are and how we behave.  If you aren’t sure what you believe, then pay attention to your actions.  As James said,

Generally, we look at this passage as proving our faith to others and ourselves.  We take this passage to mean that if we truly believe what we say we do, then we should put it to action.  But it also reveals that our beliefs will drive what we do, even if we don’t think about it.  Jesus mentioned to the Pharisees that just cleaning the outside of the cup isn’t enough because the inside remains dirty, yet if we concern ourselves with cleaning the inside, it will make the outside clean as well.  Our actions flow from what is inside us, even if those actions are selfish in nature although they may appear as humble.  People will be able to tell the difference because of how we live the rest of our lives.

The issue then, at hand, is where we stand when our beliefs are challenged.  Stephen’s speech and presence challenged the religiosity of the Pharisees and it was capitulated by him seeing the Glory of God and the face of Jesus, something they had been seeking their entire lives.  He exposed their hypocrisy with his presence because he realized that religion wasn’t the answer, humility was.  Remember, this was a guy put in charge of serving tables.  The Pharisees only sat around waiting to be served.  This displays Jesus’ point that, “Many who are first will be last, and the last, first.”  Stephen humbled himself to the last and was able to see the face of God.  The Pharisees inflated themselves and weren’t even close to having that chance.

There are two things we can do when our iniquity and spiritual depravity is exposed.  We can fall to our knees in recognition and repentance or we can react violently to hide it.  Here we see the Pharisees, full of pride and contempt for this new emerging system of belief, moved to silence Stephen so they no longer would feel ashamed.  They couldn’t bear to hear the truth anymore so they covered their ears and rushed him to proceed to his murder.

What do we believe?  Do we make ourselves vulnerable to God’s truth, even if it contradicts our current beliefs?  Maybe you think that your current belief system is the truth of God, but what if one day it was revealed that you were wrong?  Would you accept being wrong or would you rather continue living in your lie?  What is more important, your religion or your relationship with God?

*Some of you might notice that today’s featured picture is a quote from a renowned atheist that promotes challenging our beliefs.  The interesting things is that it is only by having our faith and beliefs challenged that we can truly grow spiritually. 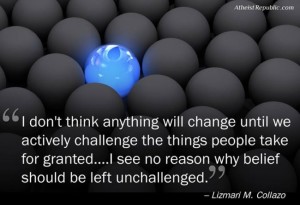