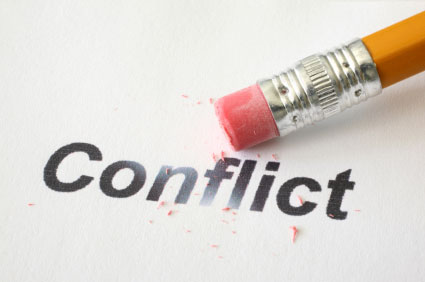 Matthew 18:15-17
15 “If your brother sins, go and show him his fault in private; if he listens to you, you have won your brother. 16 “But if he does not listen to you, take one or two more with you, so that BY THE MOUTH OF TWO OR THREE WITNESSES EVERY FACT MAY BE CONFIRMED. 17 “If he refuses to listen to them, tell it to the church; and if he refuses to listen even to the church, let him be to you as a Gentile and a tax collector.

Not many people like conflict.  It’s messy, emotional, and tiring.  When we are involved in conflict it wears us out emotionally and spiritually.  When someone else drags us into a conflict, we normally don’t want to be a part of it or if we do, it’s usually for selfish reasons.  Jesus gives us a detailed process of how we should handle issues with one another in the church.  This is very important because usually we handle it the way the world tells us to handle it.  We ignore the problem or throw gas in the fire.  We talk about it with everyone else instead of the person or people involved.  This is called gossip and it destroys the global church body.  We hold grudges instead of understanding that being a Christian, pastor, deacon, server, or any other type of active member in the congregation doesn’t mean being perfect, but trying to be a person after God’s own heart.  We neglect to give each other the benefit of the doubt and instead doubt everything and everyone, even God.  To prevent infighting, unnecessary grudges, and especially gossip and rumors, Jesus has given us a clear way to handle conflict amongst fellow believers:

This step, the first step, is often ignored or bypassed.  It’s never fun to confront someone and say, “Hey, you did such and such which offended me or someone else.”  I think it is even less fun to be the person being approached!  Nobody likes being told they did something wrong.  But, if we are truly trying to be followers of Christ and learn His ways, we must make ourselves vulnerable enough to be corrected when we make a mistake.  It’s easy to read scripture and point the finger at someone else, but how often do we point that finger back at ourselves?  This step should be approached with prayer, grace, and forgiveness.  I have always found that this is only successful if we ask for God’s guidance and peace and have reached a point where we can begin to forgive the one who has offended us.  It might take some time to fully forgive someone, but if you enter this conversation full of hurt, anger, and resentment, your emotions will fuel the conversation instead of God.

Sometimes we interpret this step to mean “talk to your friends and try to get someone on your side so you feel good about yourself.”  We skip over step one and immediately move into “recruitment mode” where we talk to our closest friends and get them to side with us so we can grow our posse of people who think the other person is wrong.  This is such a worldly way of handling it.  As we see what Jesus says in verse 16, the point is to get an objective, godly mediator who can help us see past the emotions of the situation and help us reconcile with one another.  The rule I try to follow is, “if they aren’t part of the solution, then I shouldn’t be talking to them.”

Another point to remember in this is that we are united.  We are one body.  There are too many times that I talk to husbands who want me to “fight for their side” against their wife.  It isn’t about the husband against the wife, the employer against the employee, the pastor against the congregation.  There is no separation if we are all united in one body!  In this situation I tell husbands that I am not on their side nor their wife’s but I am on the side of their successful marriage.  The same applies to any conflict between brothers or sisters in Christ.  The only side we should be on is the one Christ called us to: unity.

3 – Subject your difference to the authority of the church.

Now things are getting serious.  I don’t think we ever want to bring it to this point.  Most issues don’t get to this point because we either don’t know this is the next step, are too afraid of being judged by the church, or have already resolved it.  I hope that it is the case of the latter and not the first two.  Jesus instructs us to take our matter before “the church”.  Some people interpret this as the church leadership (elders/pastors) or literally the entire church.  In some church settings this would seem to be inappropriate and ineffective, especially considering the sensitivity of the conflict.  Also, it would seem pretty radical to have a couple of people fighting it out up front on a Sunday morning, wouldn’t it?

Maybe in step 2 you already approached an elder or pastor to help your conflict.  This is great!  However step 2 doesn’t call for church leadership to be involved, just someone you trust and respect that can help resolve the issue.  Step 3 specifies we go to church leadership and utilize its wisdom to resolve the issue.  This is the purpose of church eldership.  The church’s elders aren’t there to figure out what kinds of light bulbs to use in the sanctuary, but to be mature leaders in the faith to help with conflicts.  So then, we shouldn’t be afraid to go to them, we should want to go to them trusting they will help us in a godly manner.

4 – Treat them as an outsider.

Nobody likes this part.  Generally, this almost never happens.  If we have confronted the person who offended us, brought in an objective party to mediate, and subjected ourselves to church authority, either the issue will be resolved or will most likely leave the church because they do not agree.  Treating the person as not being a part of the church body seems harsh and “unloving” but we have to remember that this process is for those who are believers and active members of the church body.  This process applies to people who call themselves “Christians” and claim to be followers of Christ.  If someone refuses to recognize their wrongs against a fellow believer and does not submit to church authority, then they are not following Christ and are therefore not really behaving like Christians.

I’ll let that sink in for a moment before I continue.

I know there are probably already some of you bucking against this statement, but remember that I didn’t say it, Jesus did.  We aren’t talking about people leaving the church for theological reasons.  We are talking about issues involving offense with other believers and sinfulness that must be addressed.  Think about what Paul wrote in 1 Corinthians 5:

1 It is actually reported that there is immorality among you, and immorality of such a kind as does not exist even among the Gentiles, that someone has his father’s wife. 2 You have become arrogant and have not mourned instead, so that the one who had done this deed would be removed from your midst. 3 For I, on my part, though absent in body but present in spirit, have already judged him who has so committed this, as though I were present. 4 In the name of our Lord Jesus, when you are assembled, and I with you in spirit, with the power of our Lord Jesus, 5 I have decided to deliver such a one to Satan for the destruction of his flesh, so that his spirit may be saved in the day of the Lord Jesus.

When we allow sinfulness to reign within the church body, it spreads like a cancer and kills it.  Paul continues a little later in this chapter:

9 I wrote you in my letter not to associate with immoral people; 10 I did not at all mean with the immoral people of this world, or with the covetous and swindlers, or with idolaters, for then you would have to go out of the world. 11 But actually, I wrote to you not to associate with any so-called brother if he is an immoral person, or covetous, or an idolater, or a reviler, or a drunkard, or a swindler -not even to eat with such a one. 12 For what have I to do with judging outsiders? Do you not judge those who are within the church? 13 But those who are outside, God judges. REMOVE THE WICKED MAN FROM AMONG YOURSELVES.

We must keep the church pure and holy.  We are the bride of Christ and He deserves nothing less.  Yes, we will screw up, fail, sin, and offend others.  But are we working to not do that anymore?  Are we trying to leave behind our old lives of sinfulness and live as the new creations He has cleansed us to be?  Are we submitting ourselves to the truth of God and the authority He has placed over us through the church or are we disagreeing with it because it goes against what we “think” is right?  Be careful church, this has plagued us for quite some time and will continue to do so until we decide to submit to God’s will instead of our own.