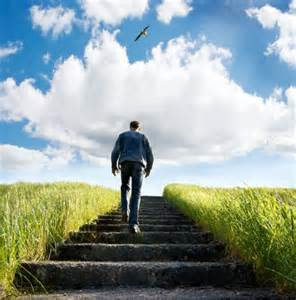 Paul is exemplifying some key leadership principles that we need to remember in being a Christian.

5 We are destroying speculations and every lofty thing raised up against the knowledge of God, and we are taking every thought captive to the obedience of Christ, 6 and we are ready to punish all disobedience, whenever your obedience is complete. 7 You are looking at things as they are outwardly. If anyone is confident in himself that he is Christ’s, let him consider this again within himself, that just as he is Christ’s, so also are we. 8 For even if I boast somewhat further about our authority, which the Lord gave for building you up and not for destroying you, I will not be put to shame, 9 for I do not wish to seem as if I would terrify you by my letters.

This passage seems to be a combination of things Paul has written in other letters.  He told Timothy to be a workman acceptable of handling the Word of God (2 Timothy 2:15).  He mentions how to handle those who are disobedient to God’s Word (1 Thessalonians 3:14-15). He reminds us of being united as the body of Christ (Romans 8).  He also mentions that our purpose is to build each other up, not tear each other down (Ephesians 4:11-13).  That’s all fine and good, but what does this mean to us?

The reason why we must work to accurately handle the Word of Truth is because of how dangerous it is not to.  After Paul encourages Timothy to do this, he explains the danger in not doing so But avoid worldly and empty chatter, for it will lead to further ungodliness, 17 and their talk will spread like gangrene.  For that very reason, Paul mentions being ready to punish all disobedience but not until it is complete.  What does that mean?  It means that they won’t “punish” someone who doesn’t know any better.  The whole purpose of exhortation isn’t about just pointing the finger and telling people they are wrong.  Rather it is to help our brothers and sisters get back on the right path they were on in the first place.  You learn it all and agree to it and then you ask others to hold you accountable to it.  This is why it is so important to get involved with a community of believers.  I’d like to remind us this isn’t about salvation or being “a good person.” Rather, it is about helping each other not fall into the traps the enemy has laid before us in this broken world.  Why?  Because it will spread like gangrene

Next comes the topic of boasting.  Paul brings up boasting a few times in his writings as an act of humility.  At the very least, he needs to make sure that his disciples don’t view him as the hero of the story, but rather Christ.  He also wishes to pass this attitude onto others that all the good works and transformation done in us isn’t of our own accord, rather the work is accomplished by Christ in us.  Verse 7 is a snap to reality that it isn’t about who we are or what we do, but rather who Christ is and why we have witnessed change.  Even the authority that is given to apostles and leaders is that of Christ, not of men.  If we look back to when Christ was on earth, we see the astonishment of others that He spoke with authority but was not given authority by men.  It is because our authority by God is higher than that of men.  We must learn what this authority is what He has given us so we can begin to use it effectively for His glory.

Earlier in this letter Paul mentioned that he was sorry for his last letter causing great sorrow among the church but that he did not regret it since it caused them to realize their sinfulness and change their ways.  In his second letter to Timothy, Paul mentions the purpose of scripture and that it is profitable for teaching, for reproof, for correction, for training in righteousness; so that the man of God may be adequate, equipped for every good work.  We broke this down in the post inspired by God and learned the importance of paying attention to what God says through His word and others around us.  It’s not about putting “the fear of God” in someone, but rather reminding them of the freedom we have in Him and the slavery of sinfulness.

These elements we read today must be remembered not only for us to use towards others but more importantly when they are being done to us.  We must remember that exhortation is out of love.  We must keep in mind that when we are being held accountable that it is for good reason and we should take heed to listen instead of defend and justify our actions.  We must look at it as being built up, not torn down.  We must always remember not to look at things outwardly, but spiritually.  How can you be more obedient today?