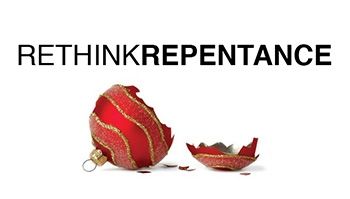 Malachi 1:1-5
1 The oracle of the word of the LORD to Israel through Malachi. 2 “I have loved you,” says the LORD. But you say, “How have You loved us?” “Was not Esau Jacob’s brother?” declares the LORD. “Yet I have loved Jacob; 3 but I have hated Esau, and I have made his mountains a desolation and appointed his inheritance for the jackals of the wilderness.” 4 Though Edom says, “We have been beaten down, but we will return and build up the ruins “; thus says the LORD of hosts, “They may build, but I will tear down; and men will call them the wicked territory, and the people toward whom the LORD is indignant forever.” 5 Your eyes will see this and you will say, “The LORD be magnified beyond the border of Israel!”

Malachi is a call to repentance.  This book was written about 100 years after Israel was restored and the temple was rebuilt.  This letter is a call back to remember God.  Although they had been restored to their homeland and their temple rebuilt, this 100 years that had passed has caused them to grow dull.  The priests aren’t very priestly anymore and the people have grown weary of worshipping God.  In this the beginning of December I thought it would be appropriate to read such a letter as we have begun our journey towards Christmas, especially since it is the book that comes right before the Christmas story in the bible.  Our society continues to commercialize it and our churches struggle to find the balance between not getting sucked into the hubbub and reaching those who maybe never heard of the reason behind Christmas.  Even though this was written over 1500 years ago, we will find that it applies to us today.  We would be wise to learn from the failures of our spiritual ancestors so as not to fall into the same problems they had.

God begins by calling out Israel’s questioning of His love for them.  They are His chosen people but they have forgotten this.  He uses the example of Jacob and Esau to prove His point.  They were twins and being the firstborn, Esau generally would have had the birthright and favor.  However, as the story unfolds, we see that God’s favor rests upon Jacob (which later becomes known as Israel) and so God explains His favor upon them even though they didn’t deserve it.  God chose them to be His people and to love them, yet they are rejecting Him and questioning His love for them.

As if this weren’t enough, God explains that Edom (the descendant peoples of Esau), also suffered great losses and persecution and seeing God’s blessing of Israel’s return and rebuilding of their city, set out to do the same.  But, because God’s blessing was not upon them, they were not successful in their attempts.  God is pointing out the favor and love He has for His children.  This will be a continual reminder to Israel of God’s love for them.  Think about it this way: it is the darkness that helps us appreciate having light.  The people had grown stagnant and satisfied in their search for God in their lives that they had totally forgotten they were God’s chosen people!  They became comfortable and lazy and suddenly began complaining to God for His lack of favor.  They had grown to think they deserve things instead of recognizing that it is only by God’s grace and love that they have anything.  They could have very easily been like Edom.

How have we grown lazy?  How has our view on the Christmas season dulled?  Have we grown expectant of gifts and food and parties or do we still look forward to the expectation of Christ?  Do we still recognize the “reason for the season” and recognize God’s grace and love upon us for sending His son for us or do we blow it off as a time of the year to get stuff we should get anyway?  We’ve grown into a society of expectation: expecting what we think we deserve.  We deserve what Edom got, but we are offered what Jacob has: unrestrained love.  When our hearts turn cold we forget God’s grace and mercy upon us and then we become an ungrateful nation like Israel had become.  Are you questioning God’s love for you today?

As you listen to this carol, let us think of God’s messenger bringing His message of love and hope and may we never forget it.