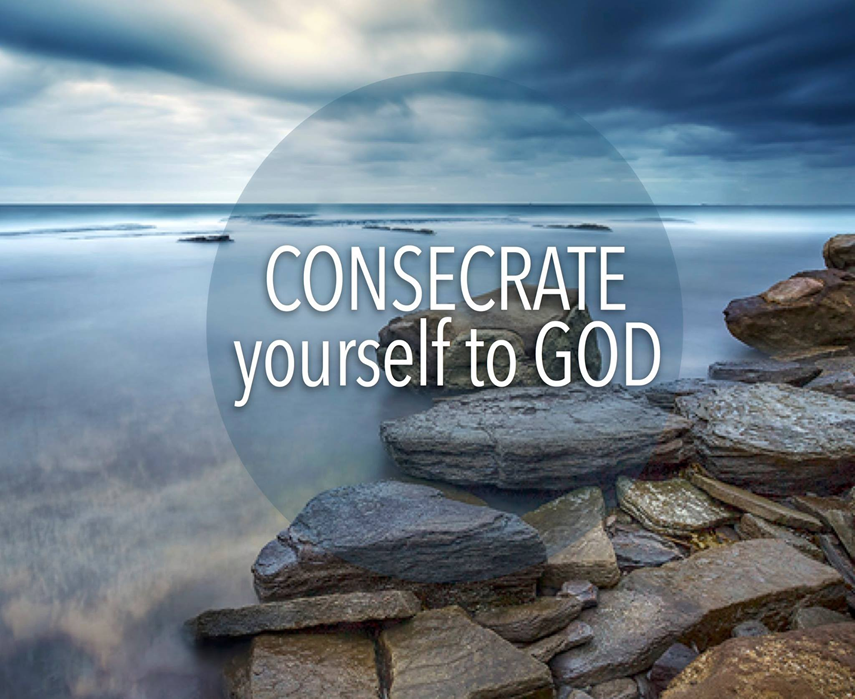 As I read through 2 Chronicles 29 today, I see a great vision of how God calls us to set ourselves apart. In this chapter of Israel’s story, King Hezekiah starts working to restore the country’s relationship with God. He starts first by calling up whatever remaining priests there are and orders them to consecrate themselves. Then he has them consecrate the temple. Then they call the people to come and be consecrated. It sounds like a funny “Old Testament” word that we don’t really use unless we are reading a story like this. Let us not, however, think that because we don’t use this word anymore that it isn’t significant.

The Hebrew word qadash means to sanctify or set apart. This is a little more common terminology in the church today but I think it is important that we dig deeper to understand what it really means. In 1 Peter 2, he explained it this way, in relation to the priesthood of the Jews:

9 But you are a chosen people, a royal priesthood, a holy nation, God’s special possession, that you may declare the praises of him who called you out of darkness into his wonderful light. 10 Once you were not a people, but now you are the people of God; once you had not received mercy, but now you have received mercy.

We see in 2 Chronicles 29 that there were so few priests that actually maintained their sanctity in the country that there were too few to perform the necessary sacrifices.  However, the Levites (the tribe from which the priests are ordained) kept themselves holy and set apart better than the priests themselves.  So, those that were available were commissioned to help in this huge undertaking (verse 34).

This process of consecration is a renewal of returning to God.  At the level we read here, it is the repentance of the nation.  Even though not everyone came to be consecrated, those that did were setting themselves back into the ways of God.  In our day, we tend to look at this as baptism, but what if we already were baptized and then turned away from God?

In Romans 6, the Apostle Paul explains how our baptism is how we identify with Jesus’ death, burial, and resurrection and since He has died and rose again, so have we.  This means that should we “fall away,” another baptism isn’t necessary, rather a repentant heart.  Now, some feel the desire to be baptized again and while that isn’t necessarily a biblical requirement, I would say, “it doesn’t hurt”.  As long as we remember that it isn’t about the physical act as much as it is about the attitude of the heart.

Before I digress more into baptism, I want to get to my point.  We need to consecrate ourselves once again as a nation!  There has been so much over the past decade or two where we have brought abominations into the temple (aka our hearts), took out other things (that which God has deemed holy), worshipped other gods, and otherwise turned our backs on God.  Then we wonder why we have so many issues as a people!  We push God out of our lives little by little and then when standing in the midst of a chaotic catastrophe, we ask God why He doesn’t help us!  This is exactly where Israel was when Hezekiah took over reign as king.  His first steps were to realign the country with God’s design, even if not everyone was on board.

What in your life have you allowed to creep into the temple?  What needs to be returned to the temple?  When will you begin to “clean house” so that God’s presence can abide in you once again?