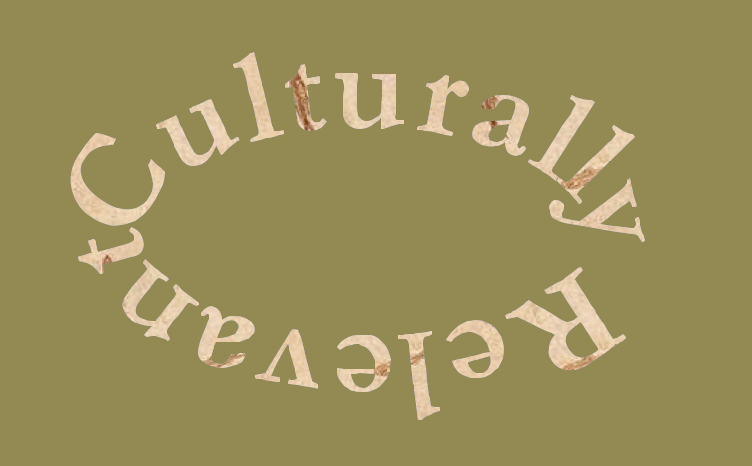 Paul started chapter 8 talking about how to handle idolatry, speaking about the dangers of creating idols (even unknowingly) in our lives.  This was a precursor to the rest of the chapter, where Paul seems to be answering a question about eating food that has been sacrificed to idols.  It is known that some idolatrous customs involve the sacrifice of food and then eating said food as part of the ceremony or custom in order to gain favor or enlightenment.  The Corinthians seem to be asking about if it is good or bad to eat this food (since it was sold in the market) and how it affects their relationship with God.

7 However not all men have this knowledge; but some, being accustomed to the idol until now, eat food as if it were sacrificed to an idol; and their conscience being weak is defiled. 8 But food will not commend us to God; we are neither the worse if we do not eat, nor the better if we do eat. 9 But take care that this liberty of yours does not somehow become a stumbling block to the weak. 10 For if someone sees you, who have knowledge, dining in an idol’s temple, will not his conscience, if he is weak, be strengthened to eat things sacrificed to idols? 11 For through your knowledge he who is weak is ruined, the brother for whose sake Christ died. 12 And so, by sinning against the brethren and wounding their conscience when it is weak, you sin against Christ. 13 Therefore, if food causes my brother to stumble, I will never eat meat again, so that I will not cause my brother to stumble.

The knowledge Paul is talking about refers to what he said previously, the knowledge that for us there is but one God, the Father, from whom are all things and we exist for Him; and one Lord, Jesus Christ, by whom are all things, and we exist through Him.  Paul’s simple answer is that no, eating food sacrificed to idols (which he previously cleared up are nothing but fake gods), doesn’t do anything to us.  However, he notes, it can send the wrong message and instead of edifying another about the truth of Christ, will further confuse and distort the gospel and therefore, as he puts it, cause a brother to stumble.

In my article years ago entitled Should Christians Drink, we saw Paul discussing this very thing with the church in Rome, although it was a bit of a different context.  Both of these discussions contain the same point: cultural relevance.  Today, this term has become a good excuse to distort the true message of the cross, but it is still important to pay attention to.  When trying to explain God’s message to a person, a group of people, or even an entire community, it is important to learn how they perceive things first before you try to just communicate in your own language.  We don’t communicate well with other people if we cannot speak their language or understand their mannerisms, do we?  I read a book last year about a missionary that after spending years with a tribe indigenous to South America, they finally asked him to work on a translation of the bible in their language.  He described the difficulty of keeping the message relevant in describing Jesus’ exhortation at the end of the Sermon on the Mount when He says, “Therefore everyone who hears these words of Mine and acts on them, may be compared to a wise man who built his house on the rock.”  The problem was that because of where this tribe was located and how they built houses, a solid foundation was viewed as burying poles deep and firmly into the sand (which is the second part of Jesus’ point, a fool builds his house on the sand).  So then do we keep the same imagery we find about the rock and therefore and make them think that they cannot properly have a “righteous house” unless they find a way to build it on rocks (something clearly impossible in this region)?  In a similar way, Paul is explaining why it is important to make sure that even though we know that food sacrificed to idols has no spiritual affect on us, we must pay attention to a culture that has it deeply engrained and not expect them to simply conform to our own societal ideals, but rather we must adapt to theirs to communicate in their own culture and customs.

In the United States, we all have the attitude that our way is the best way and everyone must conform to the way we do things.  However, it is easy for us to overlook how much that attitude actually hurts more than it helps, especially when you are trying to communicate the most important message of all.  Is it important to you to just talk and be heard or for someone to understand what you are saying?  When we communicate, we must make sure that what we are communicating is what we intend.  This includes our unspoken messages such as our conduct, or mannerisms, and our attitude.  In Corinth, eating food sacrificed to idols meant that you worshipped these false gods. In the Middle East it is extremely offensive to display the bottom of your shoe to someone.  In Germany it is polite to burp after a meal.  In Guatemala it is hypocritical to say you are a Christian and drink alcohol, even if it is “just a glass of wine” with dinner.  What is more important, preserving our own pride and culture or properly communicating the freedom of Christ?