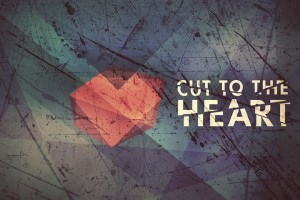 Acts 5:33-42
33 But when they heard this, they were cut to the quick and intended to kill them. 34 But a Pharisee named Gamaliel, a teacher of the Law, respected by all the people, stood up in the Council and gave orders to put the men outside for a short time. 35 And he said to them, “Men of Israel, take care what you propose to do with these men. 36 “For some time ago Theudas rose up, claiming to be somebody, and a group of about four hundred men joined up with him. But he was killed, and all who followed him were dispersed and came to nothing. 37 “After this man, Judas of Galilee rose up in the days of the census and drew away some people after him; he too perished, and all those who followed him were scattered. 38 “So in the present case, I say to you, stay away from these men and let them alone, for if this plan or action is of men, it will be overthrown; 39 but if it is of God, you will not be able to overthrow them; or else you may even be found fighting against God.” 40 They took his advice; and after calling the apostles in, they flogged them and ordered them not to speak in the name of Jesus, and then released them. 41 So they went on their way from the presence of the Council, rejoicing that they had been considered worthy to suffer shame for His name. 42 And every day, in the temple and from house to house, they kept right on teaching and preaching Jesus as the Christ.

What does it mean to be “cut to the quick”?  The phrase means to be cut in two or metaphorically, to have your mind blown.  The Pharisees were challenged and without wise answer (something they were not used to) and so their fleshly embarrassment caused them to want to kill these men.  How often does this happen to us?  How often is our theology challenged and it angers us that we respond irrationally?  I think it happens so often in the theological world these days that we have developed our own defenses of passive sarcasm and response that hides our real feelings from those who don’t know us.  Our online forums give us a mask by which we can hide and post statements that seem innocent but the heart behind them is devious.  Maybe I’m the only one who falls into this.  I’ve recognized it and have since taken a break from such interactions because it isn’t fulfilling not beneficial to anyone.  Gamaliel recognized this and encouraged his companions to put it in God’s hands.

I try to remember this story in my interactions with others.  It’s quite logical and if we claim to be in relation with God, then we cannot deny the simple truth that exists in this.  If it truly is of God, then there is nothing we can do about it.  If it is a scheme of man, then it will eventually fade away.  Either way, there is no reason to get all worked up about it.  Yet, we do get worked up because it challenges our core beliefs.  We get upset when others make us feel as if we are wrong or put a crack in our foundation of belief.  Interestingly enough, the hearers of Peter’s sermon at Pentecost had the same thing happen to them.  He gave an account of Jesus Christ but their response was quite different.  They were able to move past their pride and see the truth in Peter’s words and instead of conspiring to kill them, the crowd asked, “so what do we do now?”

We stunt our spiritual growth when we refuse to hear others for what they are really saying.  This isn’t to mean that we need to agree everyone is right, but how will we know if our core beliefs are true unless we put them to the test?  We must pay attention especially in those times when we feel offended by the beliefs of others.  It is in these moments that we can learn and grow the most.  But if we close our minds off from the input of others, our core belief is pride and self-righteousness, not the pursuit of the core truths of the universe.

Take these men, for instance, who after being imprisoned, threatened, and flogged left the council rejoicing.  I don’t know about you, but that indicates to me that there is something deeply profound and odd with them.  Why would anyone be happy that happened to them?  Who would look at persecution like that?  Our pride might sometimes cause us to “dig in” and refuse to give up, but this is a different type of reaction.  This is a reaction based on God’s truth and love.  As Jesus foretold the disciples before He was crucified in John 15:

So then we must ask ourselves, “What side of this story are we on?”  Are we those who when told something contrary to what we believe get defensive and are cut to the quick or do we take into consideration what others are saying so as to grow?  Our growth is proportional to our willingness to be vulnerable.  What we have been convinced to believe by society, upbringing, and education might not be completely based in truth and we must fight to seek and understand that truth.