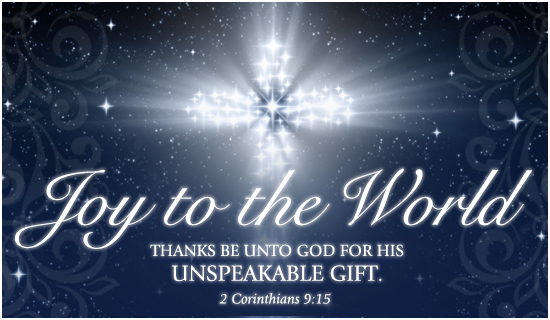 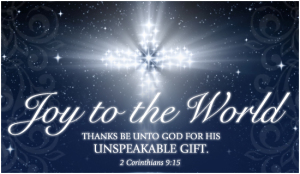 Malachi 2:17
17 You have wearied the LORD with your words. Yet you say, “How have we wearied Him?” In that you say, “Everyone who does evil is good in the sight of the LORD, and He delights in them,” or, “Where is the God of justice?”

This is a thought and sometimes an argument against the God of the bible in these days as well. For one, if God really is God, how can He be wearied and secondly, if He doesn’t love the wicked, why doesn’t He smite them right now? This is a scoffer’s thinking that justifies their stances and is evidently clouded by humanistic thinking. God isn’t manipulated by taunting nor does He have to prove Himself to anybody. He knows He is God and He knows His own characteristics. We often think of God as a human being, with the same pride, attitudes, and thinking process as ourselves but we forget in our own pride that we are inferior to Him. He doesn’t need us to fear Him for Him to be God. He is the great I Am. He will not be provoked. Sometimes we think of God as a big slumbering bear and we try to poke Him just to see if He is alive, even if that means we might be torn to pieces. Yet we neglect to see throughout the scriptures how God is patient (long suffering) in order to see His plan worked out to fulfillment. He isn’t restricted by time like we are. When the bible says that He is the God who was, who is, and who is to come, we forget that He is those three things at the same time. This is His nature.

There are many times in scripture we see that God does not delight in evil. In fact, He hates evil because He knows what it does to us, His children. It destroys us; sin works against our natural design. This is why in Genesis 3, God told Adam and Eve what would happen because of their disobedience. Sin punishes us. Sin eats us alive. If God delighted in sinfulness, then would He have gone through the trouble of sending Jesus down to show us how we are designed to live and ultimately sacrifice Himself so that we could live free from the bondage of sin? We’ve developed this phrase, “God hates the sin, but loves the sinner.” I believe at its inception, this phrase had a good intent of explaining that Christ died for our sins because of what we read in Romans 5:8

But God demonstrates His own love toward us, in that while we were yet sinners, Christ died for us.

Yet we have cheapened that to mean that Christ died for us so we could keep on sinning, that it is ok for us to remain evil now that we have our ticket to heaven. Seriously? In Romans 6, the Apostle Paul straightens that out for us:

1 What shall we say then? Are we to continue in sin so that grace may increase? 2 May it never be! How shall we who died to sin still live in it? 3 Or do you not know that all of us who have been baptized into Christ Jesus have been baptized into His death? 4 Therefore we have been buried with Him through baptism into death, so that as Christ was raised from the dead through the glory of the Father, so we too might walk in newness of life. 5 For if we have become united with Him in the likeness of His death, certainly we shall also be in the likeness of His resurrection, 6 knowing this, that our old self was crucified with Him, in order that our body of sin might be done away with, so that we would no longer be slaves to sin; 7 for he who has died is freed from sin. 8 Now if we have died with Christ, we believe that we shall also live with Him, 9 knowing that Christ, having been raised from the dead, is never to die again; death no longer is master over Him. 10 For the death that He died, He died to sin once for all; but the life that He lives, He lives to God. 11 Even so consider yourselves to be dead to sin, but alive to God in Christ Jesus. 12 Therefore do not let sin reign in your mortal body so that you obey its lusts, 13 and do not go on presenting the members of your body to sin as instruments of unrighteousness; but present yourselves to God as those alive from the dead, and your members as instruments of righteousness to God. 14 For sin shall not be master over you, for you are not under law but under grace.

Christ’s sacrifice wasn’t to get us into heaven, but so that we could live free from sin today! We were not designed to live under the curse of sinfulness, but under the blessing of God’s love. The occurrence in the Garden of Eden was not the way things were designed to be; yet God used it to bless His people anyway. Before they took of the forbidden fruit, there was no such thing as redemption because it was not needed. Now we have Jesus, who is our redemption and protection from evil (ie He is our deliverer) that not only protects us from the ramifications of eating the apple, but also gives us the power to resist doing so in the first place! We are able to walk in the presence of God right now, but if we continue sinning, that is not possible. Wouldn’t you want to feel God’s presence in your life today?

God also hates sin because it turns us into sinners which means we cannot live in communion with Him. We see in the Garden after Adam and Eve ate the fruit that they were hidden and separated from Him. Sure, He still spoke with them and loved them enough to redeem them and cover them, but sin’s destruction had already begun in them as a result and God could no longer be in their presence. Because of who God is, pure and holy, He could not be in their presence because they would surely die. God is a being of purity. He is so pure that when evil men are in His presence, they instantly die. It isn’t something He wants to happen (hence sending Jesus), but because of who He is, it is how things work. Who would want a God who is not pure, but corruptible like man, anyway? Yes, God’s love extends to great lengths to save us from sinfulness so that we can live in communion with Him, but if we don’t put on the covering, then we remain outside of His presence and there is nothing we can do to get back into it unless we accept His sacrifice for our sinfulness.

This also applies in how we look at our own salvation. We tend to look at our salvation in a very distorted state. We take the gift as if someone is giving us a high-powered laptop. But, instead of opening it up and using it for all it is worth, we sit it on our desk and use it as a paperweight. We accept the gift, but we don’t apply it to our lives the way it was designed to be used. Jesus told us that because of our salvation we would do greater things on earth than He did! He healed the sick, cured the blind, opened the eyes of the spiritually blind, and even raised people from the dead! So then, why aren’t we doing those same things? Jesus came so that we could have life and have it abundantly (John 10:10), so then why aren’t we? I ask this not to say we should get more “stuff” but that we should be enjoying our lives completely, regardless of where we find ourselves or what we have. This is the abundant joy of the Lord and the peace that surpasses all understanding.

What have you done with your gift?