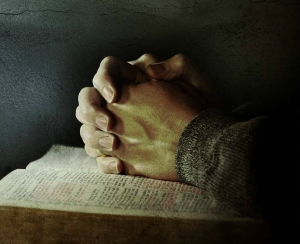 Matthew 13:51-52
51 “Have you understood all these things?” They said to Him, “Yes.” 52 And Jesus said to them, “Therefore every scribe who has become a disciple of the kingdom of heaven is like a head of a household, who brings out of his treasure things new and old.”

This is an interesting passage in that Jesus reveals a little more of who He is as God incarnate. There is a lot of talk about the followership of Jesus as the Christ and becoming His disciple. Yet here, He mentions that we should become disciples of the Kingdom of God. So, which is it? The answer is both: Jesus is the embodiment of the Kingdom and when we become His disciple, we become its disciple. When Jesus prayed, “Your will be done, your kingdom come, on earth as it is in heaven,” it is a self-prophetic prayer in that the Father desires us to bring His Kingdom to reign on this earth through our discipleship of Christ.

God’s reign isn’t physical; it is spiritual. When we talk about the Kingdom of God, it isn’t about pieces of land, buildings, or countries. It is about His reign in our hearts and what happens around us as a result. The principles that He teaches us in His sermon on the mount and later the parables which we are now studying are Kingdom principles that He wants us to understand and embody. In mentioning the scribes, Jesus is pointing out people who are very smart in society. The scribes were the bookkeepers and they were smart because they essentially would memorize books upon books because they were constantly writing and rewriting them. This is why the religious scribes were usually clumped together with the Pharisees because they knew the law just as well as or even better than the Pharisees and thought themselves better than the common man (or woman) because of their intimate knowledge of the scriptures. Jesus, however, mentions that knowledge of the Kingdom isn’t good enough; we must become disciples of it. When we become disciples of the Kingdom, we will begin revealing the Kingdom to others.

I love that Jesus says that both new and old things will be revealed. We tend to think that the Old Testament is a dead book. Yeah, it’s great for history reading and even explaining the importance of Jesus’ sacrifice, but beyond that we don’t pay it much mind. The truth is that the Old is just as important as the New. Through becoming a disciple of the Kingdom, God will bring remembrance and revelation as He unleashes His Kingdom on earth as it is in heaven. We see the Old Testament as a thing of the past, but God isn’t constrained by time. He sees David’s reign at the same time as He sees what you are doing tomorrow while simultaneously seeing the end of the age. It is all at the same time to Him and we must recognize how important everything is to Him. As we become His disciples, He will begin to realign our lives, our priorities, our thoughts, and our spirits to concur with His. Knowing this is one thing, but doing it is another. God doesn’t want us to just know what the scriptures say; He wants us to live them out.