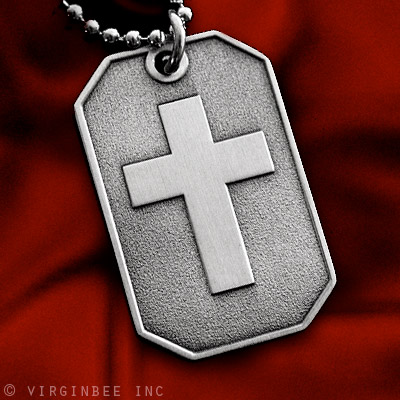 Acts 11:25-30
25 And he left for Tarsus to look for Saul; 26 and when he had found him, he brought him to Antioch. And for an entire year they met with the church and taught considerable numbers; and the disciples were first called Christians in Antioch. 27 Now at this time some prophets came down from Jerusalem to Antioch. 28 One of them named Agabus stood up and began to indicate by the Spirit that there would certainly be a great famine all over the world. And this took place in the reign of Claudius. 29 And in the proportion that any of the disciples had means, each of them determined to send a contribution for the relief of the brethren living in Judea. 30 And this they did, sending it in charge of Barnabas and Saul to the elders.

This passage has been a hot topic for me lately.  I preached a sermon on it a month ago and I have been asked to teach a version of it to some kids this week for Good Friday.  The question is simple but the answer is a hard pill to swallow, “why were the disciples called Christians?”

Today’s society has Christians classified as pretty much anyone who recognizes and follows some sort of doctrine of the Cross.  It doesn’t matter if you go to church once a year on Easter Sunday or every day of the week.  If you were born in the United States and you didn’t grow up with much spiritual or religious direction, you might still call yourself a Christian if you recognize the existence of God because you don’t know what other category you fit into.  Our society at some level forces us to identify with our religious affiliation because our culture is one of self-identity.  Even in the military we are asked to stamp our religious affiliation on our dog tags so they know what kind of service to give us if we die.  I witnessed people change their dog tag religion all the time.  Sometimes it represented a serious change of heart, other times it revealed a doctrinal change in lifestyle and they defined it by a religious code, while there were times it was just meant to be a joke for inspection time.  The disciples, however, were not joking.

The title “Christian” means “Little Christ” or “little anointed one”.  It means Christ follower.  Jesus said to His disciples in John 8:

31 So Jesus was saying to those Jews who had believed Him, “If you continue in My word, then you are truly disciples of Mine; 32 and you will know the truth, and the truth will make you free.

I talk about freedom a lot in this blog, the freedom we have in God’s Spirit.  When we are saved and we receive His Spirit, we are empowered to not just break free from our sinful past, but to live the way He calls us to. We are empowered to live freely as His disciples.  Does Jesus say here, “if you repent and believe, then the world will know you are truly disciples of mine”?  No, He doesn’t.  What does this mean?  Being saved and accepting God’s forgiveness for your sins doesn’t make you a disciple.  Being saved doesn’t make you a Christian.  It does, however, give you the opportunity to be one.

Does that smack you in the face as hard as it does me?  Jesus said towards the end of His Sermon on the Mount in Matthew 7:

We have created a grand error in our thought process of what it means to be a Christian.  It isn’t about going to church, having a bible study at your house, or being a part of the worship team.  It is about seeking out God’s will, hearing His words, abiding in them, and living them out.  Did you know that He has a different purpose for each and every one of us?  Yes, He has a grand commission for all disciples.  Yes, He wants us all to come to Him.  But we are each designed and placed purposefully and carefully on this planet by time and location for a specific reason.  It’s not to stand on a pedestal and declare our Christianity, it is to insert ourselves into the world where we are and live it for others to see.

This is why James, the brother of Jesus makes such a bold statement about the necessity to keep faith and deeds congruent.  If we truly believe what we say we do, then we shouldn’t need to tell anyone because they will be able to see it in our actions and how we live.  The disciples never talked about being Christians, they lived it out.  It was those in observance of the disciples that recognized how much they were emulating Christ that caused them to be called Christians.  I’m sure that as the name grew and spread, they got used to being called Christians.  However, based on the humility of the original disciples combined with the Lordship they maintained of Christ Himself, I don’t think they liked being called Christians.  Not because of what it signified, but because they didn’t consider themselves worthy of such a title.  Yet we throw it around like a deserved badge of honor as we completely betray all the basic principles of being a disciple of Christ.

If we need to tell others that we are Christians, then we are not acting like Christ enough!