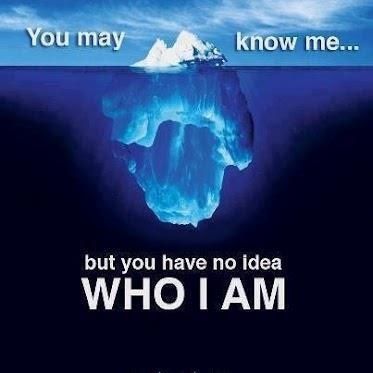 Acts 21:35-39
35 When he got to the stairs, he was carried by the soldiers because of the violence of the mob; 36 for the multitude of the people kept following them, shouting, “Away with him!” 37 As Paul was about to be brought into the barracks, he said to the commander, “May I say something to you?” And he said, “Do you know Greek? 38 “Then you are not the Egyptian who some time ago stirred up a revolt and led the four thousand men of the Assassins out into the wilderness?” 39 But Paul said, “I am a Jew of Tarsus in Cilicia, a citizen of no insignificant city; and I beg you, allow me to speak to the people.”

After the crowd got stirred up and convinced the Roman guard to take Paul away, we see this short interaction between Paul and the commander.  It seems insignificant with a little blurb about history and then we all anticipate the great speech Paul is about to give.  We stop here so we don’t miss the significance of this recorded interaction.

How often do we assume things?  How many times a day do we act on information we think is correct but in reality is not?  When confronted with reality, how do we handle it?  Because of the anger of the crowd and maybe Paul’s physical appearance, the Roman commander assumed that not only was he someone else, but that he was the one who stirred up the angry mob!  The commander is referring to what is believed to be a revolt that occurred close to that time as recorded by Josephus.  While the Romans left the Jews to do whatever they wanted religiously, they still held tight control over them.  We can see through the Jews’ interactions with the Roman authorities in this time that their biggest concern was keeping the peace and preventing a revolution.  Rome was a vast country and required much oversight and control to maintain.

I want to call our attention to what we assume about God.  While the Roman commander assumed he knew who Paul was, how many of us assume we know who God is?  We look around and make observations but as this commander was, we are sadly mistaken!  The commander thought Paul was Egyptian when in fact he was a Roman Jew.  How often do you think God is someone completely different than He actually is?  This is one of our problems in regards to telling others about Christ.  We assume we know, tell someone else, then they assume they know and tell three others and in 10 years there are 4 different churches teaching 4 different messages about the same entity!  How intriguing though that these 4 churches are using the same book for their information.

This is why I started this daily study through the bible years ago.  I’m tired of assuming and being wrong.  I’m tired of thinking I know what is going on but having no clue.  I’m tired of being surprised like the Roman commander and looking like a fool because I didn’t stop to ask the hard questions.  Test the scriptures, cry out to God, seek His face, and never take what any human says as ultimate truth until you have examined it yourself.  Too many of us have been led astray from the core truth of God because we were satisfied to assume and be wrong instead of seek and be right.