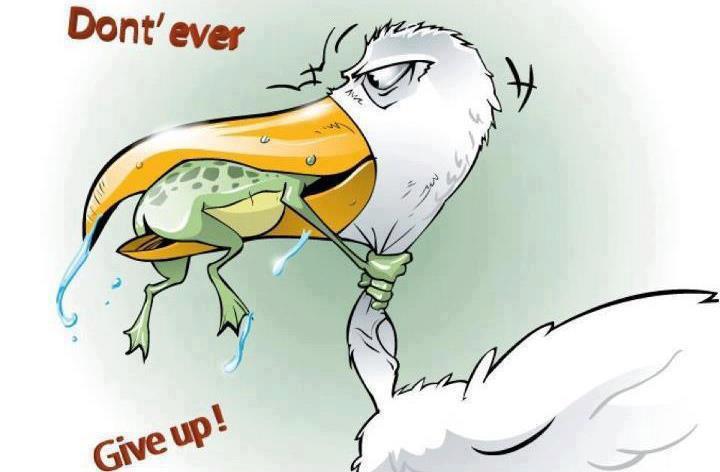 Mark 7:24-30
24 Jesus left that place and went to the vicinity of Tyre. He entered a house and did not want anyone to know it; yet he could not keep his presence secret. 25 In fact, as soon as she heard about him, a woman whose little daughter was possessed by an evil spirit came and fell at his feet. 26 The woman was a Greek, born in Syrian Phoenicia. She begged Jesus to drive the demon out of her daughter. 27 “First let the children eat all they want,” he told her, “for it is not right to take the children’s bread and toss it to their dogs.” 28 “Yes, Lord,” she replied, “but even the dogs under the table eat the children’s crumbs.” 29 Then he told her, “For such a reply, you may go; the demon has left your daughter.” 30 She went home and found her child lying on the bed, and the demon gone.

Upon first read, this passage might seem a little confusing because there is a metaphor about children thrown into a story about a sick child.  Jesus’ reference in verse 27 isn’t about the woman’s child, but instead about the people of Israel.  Even so, it seems that Jesus had this awkward exchange with the woman before He healed the little girl.  What was the point of it?

It all goes back to faith.  The “children” refers to the people of Israel, aka “God’s Children.”  Essentially, Jesus was telling her, “right now it’s time for the Jews to receive all the healing and then later the Gentiles will get the leftovers.”  That doesn’t seem very much like the unconditional loving Jesus we have come to know and learn about, does it?  Jesus was actually testing her resolve.  As we read through the instances in the bible of Jesus healing others, He doesn’t just smack them upside the head and they are healed.  He tests their faith to see if it is genuine or if they are just a passerby.  Did they really come to Him because they believe He can do it or were they just taking a chance and if He says no, it’s not that big of a deal?  Remember, whenever someone is healed, it is a result of their faith or the faith of others.

In Luke 5, we encounter the story of a man with leprosy approaching Jesus.  His faith surpassed His fear because legally, he was not to approach anyone and was supposed to stay clear of anyone that did not have leprosy.  But, he approached Jesus anyway saying, “I know You can do it, I just need to know if you are willing.”

[quote]12 While Jesus was in one of the towns, a man came along who was covered with leprosy. When he saw Jesus, he fell with his face to the ground and begged him, “Lord, if you are willing, you can make me clean.” 13 Jesus reached out his hand and touched the man. “I am willing,” he said. “Be clean!” And immediately the leprosy left him.[/quote]

It was the man’s faith in believing that Jesus could heal him that made him clean.  In today’s passage from Mark, it is the very same faith that healed the woman’s daughter.  Where was her faith revealed?  In her response that even though it is the time of healing and cleansing for Israel, that those around them or those considered “lesser” (by people, not Jesus) can receive it too.  This woman had captured the key to God’s Kingdom in that He loves ALL of His creation.  After all, a man with a family might love his children more than he loves his dogs, but he still loves and cares for the dogs.

Now, this isn’t to say that the Gentiles are or were considered dogs.  The metaphor was used to test the woman’s resolve.  If she didn’t have faith in Jesus’ ability or desire to heal the little girl, then she would have just walked away.  But she fought the good fight of faith.  Too often we give up too early.  We lose heart and walk away feeling disappointed and discouraged because we didn’t stay and fight!  The Apostle Paul encouraged Timothy in 1 Timothy 6 to fight this good fight and how it brings about change in others:

[quote]12 Fight the good fight of the faith. Take hold of the eternal life to which you were called when you made your good confession in the presence of many witnesses.[/quote]

If we truly have the faith we say we do, then it should be evident to those around us.  Our faith isn’t something imaginary we talk about as a code word to be accepted into Christian circles.  It is “the substance of all things hoped for,” as the writer of Hebrews would say.  We give up too easily when we are given an answer we don’t expect or is contrary to what we want.  But we must continue pressing forward because the “testing of our faith produces endurance.”  Even when things look bleak, keep pushing forward.  Even when it seems like God isn’t listening, keep asking.  Even when it seems like all is lost, don’t ever give up.