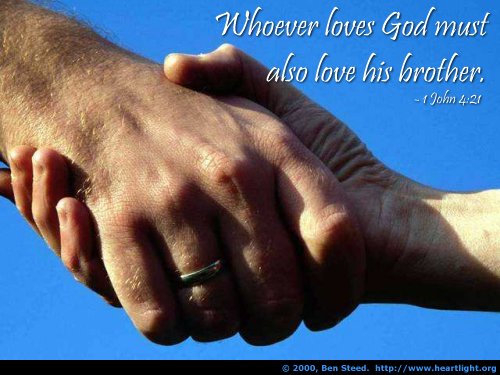 Amos 1:11-12
11 Thus says the Lord,
“For three transgressions of Edom and for four
I will not revoke its punishment,
Because he pursued his brother with the sword,
While he stifled his compassion;
His anger also tore continually,
And he maintained his fury forever.
12 “So I will send fire upon Teman
And it will consume the citadels of Bozrah.”

Now Edom receives its judgment and discipline for its actions.  Today we read about the anger and grudges of a nation.  How many nations today hold grudges against others for something in the past?  It seems a little silly to me that sometimes one race hates another but only because they grew up in that culture, not because they they truly have something against them.  Ironically and sadly, it is usually something done by a person (ie a king or president) and not an entire nation.  If you have seen the recent Hobbit movie, you see this interaction between the elves and the dwarves.

Jesus tells us in His sermon on the mount as we read it in Matthew 5:

Today we are reading Jesus’ words in truth because of what happened to Edom.  Now certainly, we can expect to quickly hear the question, “but who is my brother?”  It is generally a matter of perspective.  Some look at brothers as only definable by blood relation.  Others consider it to be those who act like brothers (meaning your love for them is based on how they treat you).  Yet, we are all brothers.  While some of us may be brothers in Christ, even those who don’t believe the same things you do are your brothers because we all came from the same place.  Just because you get a job in another country doesn’t mean your current family stops existing, does it?

Here is a video of some folks who spent the last week with us and acted as brothers and sisters to everyone they met regardless of their age, sex, race, or beliefs.