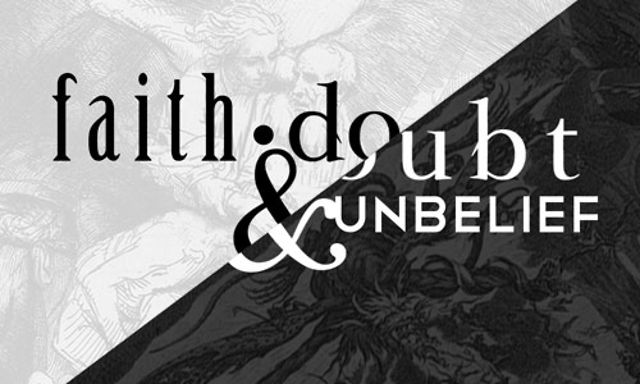 The scriptures say that even Sarah, Abraham’s wife who laughed at God, had faith.

11 By faith even Sarah herself received ability to conceive, even beyond the proper time of life, since she considered Him faithful who had promised.

This verse really confounded me and seems to conflict with the Old Testament account of the story of the conception and birth of Isaac, the son of Abraham and Sarah who would set in motion the birth and development of Israel as a nation.  From Genesis 18-21, you can read the development of the story of Isaac being promised as a son of Sarah and Abraham despite being a century old and the unbelief of the couple.  Even before then, we read in Genesis 16-17 of God promising Abraham a son and his doubtful wife encouraged him to sleep with their maidservant who was of child bearing age.  Sarah’s doubt based on physical/ worldly limitations was overcome by God’s promises and faithfulness.  Yet, here in Hebrews we read that it was Sarah’s faith that gave her ability to conceive.  Isn’t this contradictory?

In Genesis 16 we see the thought process of Sarah (then called Sarai):

What do we see here?  The first element that sticks out is that Sarai decided to take matters into her own hands that even though God promised Abram descendants (Genesis 15), Sarai figured that meant it wouldn’t be through her.  But what is that subtle statement that is in the beginning and the basis of her thought process? Since the Lord has prevented me…  Sarai had faith and trust that God was in control of things.  She knew God’s providence but her humanity and doubt caused her to betray her own trust in God.  She knew that God is all powerful, sovereign, and in control of things, but she didn’t like how God was doing it.  She grew impatient and encouraged her husband to take matters into his own hands.

Earlier we read about (through the example of Noah) the importance of being patient and waiting on the Lord because He always follows through even if we don’t understand or see what He promises.  Here we see Sarai lacking that element of faith but possessing a different element.  Even though she was impatient and unbelieving in some of the things God said would happen, she still ultimately believed in God’s sovereignty.  Now, I know this might seem contradictory, but let us not forget what the Apostle Paul wrote to the Romans:

Sarai’s measure of faith looked more like knowing that God was in control even if it seemed ridiculous.  This battled against her sinfulness and distrust in God.  We struggle with this as well.  We might know God exists and even believe He is in control of all things, but we don’t believe God for His promises or what He says will happen.  This doesn’t change what God will do.  What we are reading in Hebrews today tells us that Sarai’s faith, even though it might have been a mustard seed, was still sufficient enough to have that relationship with God for Him to use her for His purposes.  Sarah’s faith superseded her doubt and therefore she conceived and gave birth to Isaac.  She rejoices in the providence and faithfulness of God to His promises in Genesis 21:

Sometimes we cannot help but to laugh at the futility of our own doubtfulness.  Even though Sarah had doubt, she still had faith and it grew as she experienced the providence of God.  Sometimes we look at faith as being “all or nothing” and since we don’t possess complete faith and trust in God, then we assume that it just isn’t worth it.  This thought process is unbiblical and is a way the enemy tries to convince us to not trust in God at all.  Our doubt is a result of the brokenness of this world and comparing the untrustworthiness of man to God.  God isn’t broken like we are.  God is just.  God is constant.  God is faithful.  It is mankind who is unfaithful because we are selfish and unbelieving.

I’m sure Sarah believed a little more once she found out she was pregnant.  Although, you can imagine at her age she thought she would die or the baby wouldn’t make it in the birthing process.  This is why she laughs and says others will laugh.  The complete joy of the providence of God, when you experience it, is truly indescribable.  This was the joy behind Mary’s song about conceiving Jesus.  Not only do we realize that “God was right; He was faithful,” but we also feel wholly unworthy of God’s providence in our lives.  We realize more the depths of His love because He does something for us that we don’t expect or deserve.

Being the 26th of December, now that that hub-bub of the Christmas Holiday is behind us, let us reflect on the glory of what God did for us by sending Jesus (which means God is Salvation, by the way) to us.  By coming down and being fully God, humbling Himself into a mere human in order to recreate the bond that had been broken between us and Him so long ago.  He could have decided to wipe us all out.  He could have created a new world and new heaven of creatures that just do what He says and who don’t have a choice to love Him back.  But He didn’t.  He decided to show us absolute and unconditional love.  How will you respond?