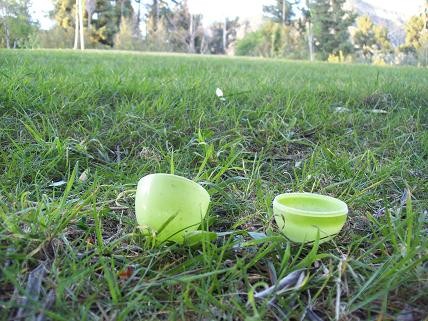 Acts 13:25-31
25 “And while John was completing his course, he kept saying, ‘What do you suppose that I am? I am not He. But behold, one is coming after me the sandals of whose feet I am not worthy to untie.’ 26 “Brethren, sons of Abraham’s family, and those among you who fear God, to us the message of this salvation has been sent. 27 “For those who live in Jerusalem, and their rulers, recognizing neither Him nor the utterances of the prophets which are read every Sabbath, fulfilled these by condemning Him. 28 “And though they found no ground for putting Him to death, they asked Pilate that He be executed. 29 “When they had carried out all that was written concerning Him, they took Him down from the cross and laid Him in a tomb. 30 “But God raised Him from the dead; 31 and for many days He appeared to those who came up with Him from Galilee to Jerusalem, the very ones who are now His witnesses to the people.

“John’s course” was preaching the baptism of repentance to the people.  His job was to pave the way for the coming Messiah.  The message of salvation that Paul is talking about is that of which John the Baptist preached and encouraged everyone to prepare for.  It is interesting to discover that this message is interwoven throughout the entire Old Testament.  I once heard that the Old Testament was assembled by pious Jews who wanted to preserve Judaism from Christianity once they noticed Christianity was spreading throughout the world.  Yet it is the very foundation of Christianity!  It is the groundwork laid and foretold of the coming of the Christ who would bring salvation (Jesus means “God is salvation”) and unleash heaven on earth:

Let us understand, however, that this message of salvation comes from the call of repentance.  Just before this passage we are reading today, Paul said that John proclaimed a baptism of repentance.  Yet those who ignored this call are the very ones who put Him on the cross.  God knew this would happen, not just because He can see into the future (hence the prophecies), but because of the message Jesus brought to earth.  He knew, and now we know, that not everyone will accept and receive it.  The very message they were trying to refute they fulfilled by ignoring it!  Let that sink in for a minute.

What we are reading today is a brief synopsis of the Easter message, the salvation message, the Gospel.  Now that Easter has come and gone and the eggs hunts, candy baskets, and family get togethers have past, let us reflect on what remains as the dust settles: the death, burial, and resurrection of Jesus the Christ for the forgiveness of our sins and the salvation of our souls.  Does this sound too good to be true?  Absolutely.  It’s why He was crucified in the first place because the Jews didn’t believe that their Savior had come.  The question is: do YOU believe it?  I don’t say this lightly for you to just nod your head or say, “but of course.”  I ask if you believe it to help you reflect upon your own life.  Do you live as if you believe it?

As we have been reading through Acts, we have been seeing the work and power of the Holy Spirit which as been poured out upon mankind as a result of Jesus’ sacrifice.  Do we grasp what it means for us?  Do we understand that it isn’t just a magical notion that we get to talk about, but something we get to live with?  The Holy Spirit is the very presence and power of God living in us, around us, and upon us.  We might recognize the name of the Holy Spirit, but we don’t recognize its presence in our lives.  We might agree that it exists, but we live as though it doesn’t exist in us.  We say we believe but James would tell us:

18 But someone may well say, “You have faith and I have works; show me your faith without the works, and I will show you my faith by my works.” (James 2)

Why then aren’t we living Spirit filled lives?  We read verse 30 above and say, “yes!  I believe!  Jesus is the Christ!  He saved me from my sins!” and then we go back to living the same…exact…way as before.  Why are we acting like the nonbelieving Jews who crucified Him instead of the witnesses of those who have experienced His presence?  I mentioned in my Easter post that too quickly we return to our mundane worldly lives without recognizing the change that Jesus has enabled for us.  We have been called to be witnesses to God’s salvation through the change He has incited in us.  God’s plan involves you and me living within the guidance and power of the Holy Spirit to carry out His will, “on earth as it is in heaven.”