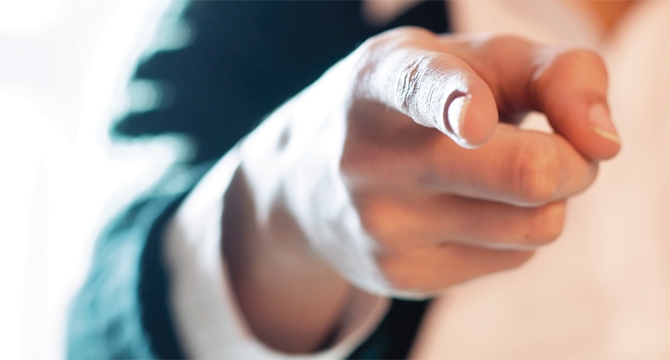 Acts 24:10-22
10 When the governor motioned for him to speak, Paul replied: “I know that for a number of years you have been a judge over this nation; so I gladly make my defense. 11 You can easily verify that no more than twelve days ago I went up to Jerusalem to worship. 12 My accusers did not find me arguing with anyone at the temple, or stirring up a crowd in the synagogues or anywhere else in the city. 13 And they cannot prove to you the charges they are now making against me. 14 However, I admit that I worship the God of our fathers as a follower of the Way, which they call a sect. I believe everything that agrees with the Law and that is written in the Prophets, 15 and I have the same hope in God as these men, that there will be a resurrection of both the righteous and the wicked. 16 So I strive always to keep my conscience clear before God and man. 17 “After an absence of several years, I came to Jerusalem to bring my people gifts for the poor and to present offerings. 18 I was ceremonially clean when they found me in the temple courts doing this. There was no crowd with me, nor was I involved in any disturbance. 19 But there are some Jews from the province of Asia, who ought to be here before you and bring charges if they have anything against me. 20 Or these who are here should state what crime they found in me when I stood before the Sanhedrin– 21 unless it was this one thing I shouted as I stood in their presence: ‘It is concerning the resurrection of the dead that I am on trial before you today.’ ” 22 Then Felix, who was well acquainted with the Way, adjourned the proceedings. “When Lysias the commander comes,” he said, “I will decide your case.”

Paul’s defense was one of purity.  This is what Jesus meant by walking in the Truth.  Our freedom is found in His truth because we can walk boldly in it.  Paul believed the truth and lived in it, so when he gave his account to Felix, there was nothing he had to hide or change or leave out.  Are we as accountable as this?  If we were placed in front of a judge for our lives, would we be able to tell everything we did in purity and truth?  In his letter to the Galatians, Paul talked about the fruit of the spirit:

22 But the fruit of the Spirit is love, joy, peace, patience, kindness, goodness, faithfulness, 23 gentleness and self-control. Against such things there is no law. 24 Those who belong to Christ Jesus have crucified the sinful nature with its passions and desires. 25 Since we live by the Spirit, let us keep in step with the Spirit. 26 Let us not become conceited, provoking and envying each other.

Felix, like Lysias, could not find a specific reason to charge Paul as the accusations against him were of a religious and philosophical manner.  This is why he wanted to get the story of Lysias first since he was a witness of these things.  The reason why Paul was not guilty in the eyes of the governing bodies of Rome is because against the things he was living, there is no law!  This is also why his accusers did not present themselves before the court because they realized that they had no decent reason to accuse Paul except that they didn’t like the message he was preaching.  This is why the Jews had to twist Jesus’ words to try to convince the authorities to kill Him.

Pay attention to how Paul described the scriptures (which at this point in time was just what we call the Old Testament).  He believed everything that agrees with the Law and what is written in the Prophets.  He didn’t say that Jesus nullified these things and we no longer have to pay attention to them.  He didn’t say they were no longer important.  He didn’t say it’s just a foundational story for the Gospel.  It IS the Gospel!  If we compare the writings of the New Testament with the Old, we will continue to find not a contradiction, but a synergy.  They coexist as a complete story and are both fully true today.  As Jesus stated in Mathew 5:

17 “Do not think that I have come to abolish the Law or the Prophets; I have not come to abolish them but to fulfill them. 18 I tell you the truth, until heaven and earth disappear, not the smallest letter, not the least stroke of a pen, will by any means disappear from the Law until everything is accomplished. 19 Anyone who breaks one of the least of these commandments and teaches others to do the same will be called least in the kingdom of heaven, but whoever practices and teaches these commands will be called great in the kingdom of heaven. 20 For I tell you that unless your righteousness surpasses that of the Pharisees and the teachers of the law, you will certainly not enter the kingdom of heaven.

Paul fully grasped this concept.  In the freedom of Christ, we are not bound by the Law, but free and empowered to live in it!  The Law which is perfect and holy and true is now attainable thanks to the power of the Holy Spirit.  I believe that part of the problem the Jews had with Jesus’ message and later Paul and the rest of the apostles is that they were able to live within the law freely because of the gift of the Holy Spirit whereas the Jews struggled to keep all of God’s precepts.  It didn’t help that the scribes and Pharisees also oppressed the people by adding to the Law.  When we live “The Way” of Christ we will find that accusations against us are empty.  The key, however, is to make sure we are living righteously and blameless.  Later in Matthew 5 Jesus instructs us to “be perfect just as our heavenly father is perfect.”  Generally we look at this as something unattainable but if it were, why would He say it in the first place?  It is attainable with the help of God’s Spirit.  If we walk by God’s Spirit, then our lives with overflow with the fruit of the Spirit…against which there is no law.