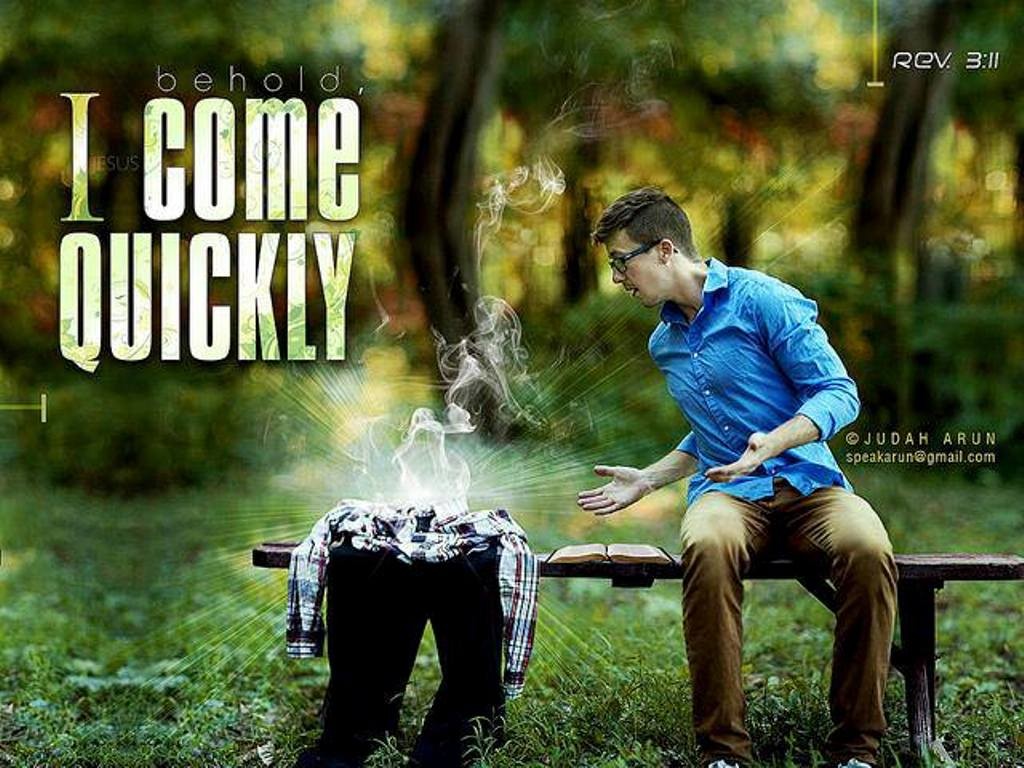 Matthew 24:32-41
32 “Now learn the parable from the fig tree: when its branch has already become tender and puts forth its leaves, you know that summer is near; 33 so, you too, when you see all these things, recognize that He is near, right at the door. 34 “Truly I say to you, this generation will not pass away until all these things take place. 35 “Heaven and earth will pass away, but My words will not pass away. 36 “But of that day and hour no one knows, not even the angels of heaven, nor the Son, but the Father alone. 37 “For the coming of the Son of Man will be just like the days of Noah. 38 “For as in those days before the flood they were eating and drinking, marrying and giving in marriage, until the day that Noah entered the ark, 39 and they did not understand until the flood came and took them all away; so will the coming of the Son of Man be. 40 “Then there will be two men in the field; one will be taken and one will be left. 41 “Two women will be grinding at the mill; one will be taken and one will be left.

The silver screen depictions of the rapture seem to replicate this very well.  There is a strange noise and all of a sudden people disappear leaving behind their clothes and accessories.  When we see that in movies, it puts into perspective the suddenness of the event.  While we read the words of this prophecy and can even understand it through film, there are many today that still try to figure out the day of the Lord’s coming.  Jesus tells us, however, that these signs He has warned us about will be the forewarning that His arrival is near.  The original disciples lived and taught as if His coming was near.  They lived with expectancy.  They were expectant of His return and we should be also.

Some texts suggest that the phrase “this generation will not pass away” points these references to the fall of Jerusalem (which happened in 70 A.D.) and not the end of times.  However, I tend to disagree since Jesus referenced the angel blowing the trumpet (of the 7 trumpets that will sound just before Jesus reveals Himself again) and the work of the Antichrist.  Neither of these things happened yet.  Certainly, some of Jesus’ warnings seem to be applicable to the fall of Jerusalem, but I do not think we do the scriptures justice to say all of these forewarnings were explaining that event in history.  So then, what does it mean that “this generation will not pass away” if clearly that generation Jesus was speaking to has passed away but the trumpet has not sounded?

The original Greek word that is translated into “generation” is genea which can mean a group of people living together or in a specific time period, but also it represents a bloodline.  I believe that Jesus’ meaning here, once again, was to assure that while there will be famines, wars, and much persecution, the entire Jewish (or maybe even Christian) race will not be wiped out before everything comes to pass.  Jesus was very good at giving all of the facts and with them hope and encouragement.  He’s told us not to worry about riches here because we have treasure in heaven.  He told us not to worry about what people do to us on earth because we will be recompensed for our troubles in heaven.  These are examples of Him explaining to us that we will be taken care of by our heavenly Father and we need not worry, despite what we see happening around us.  As we saw in verse 22, the persecution and suffering will be cut short by God’s mercy upon us so we do not have to endure it for a long time.  His mention of “the family” not being wiped out is a reassurance of it.

Jesus reassures us and encourages us to not lose hope.  We must live with expectancy.  Just as some of you use this advent season to learn to live with expectancy of His return, we must recognize what it will look like.  We should use these times of peace (yes, I said we are in peace right now) to get into the habit of trusting God and looking forward to Christ’s return because when tribulation comes, it will not be so easy.

If you haven’t already, check out The Jerusalem Countdown, my favorite rapture movie to date.