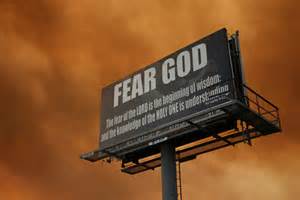 14 For if in anything I have boasted to him about you, I was not put to shame; but as we spoke all things to you in truth, so also our boasting before Titus proved to be the truth. 15 His affection abounds all the more toward you, as he remembers the obedience of you all, how you received him with fear and trembling. 16 I rejoice that in everything I have confidence in you.

I’ve always struggled with the phrase “fear and trembling” in the bible because it doesn’t seem to make sense.  Certainly, the words alone are easy to understand but when you put them in the spots of scripture we find them in, it seems a bit out of place.  That’s because we don’t speak Ancient Greek.

There are at least 8 uses of this phrase throughout the bible including this one and of course the famous Philippians 2:12 12 So then, my beloved, just as you have always obeyed, not as in my presence only, but now much more in my absence, work out your salvation with fear and trembling; 13 for it is God who is at work in you, both to will and to work for His good pleasure.  There is also the not so popular Ephesians 6:5 5 Slaves, be obedient to those who are your masters according to the flesh, with fear and trembling, in the sincerity of your heart, as to Christ; 6 not by way of eyeservice, as men-pleasers, but as slaves of Christ, doing the will of God from the heart. The other references to fear and trembling in the bible actually refer to shaking with fear.  So what does this actually mean and what does it mean for us?

There are two main points we gather from these passages: obedience and someone being pleased as a result.  The phrase fear and trembling refers to a high regard and respect towards whomever you are acting.  In today’s Corinthians passage it was a respect for Titus, whom it seems Paul was trying to hand over leadership to for guidance of the Corinthian Church.  The other two references are instructions of how to please God.  Especially throughout the Old Testament, we read, “fear the Lord” over and over and think that God wants us to be afraid of Him.  If you think about it, that’s quite silly given the fact that people can’t even stand to face angels that appear before them, much less God.  He doesn’t need to command people to fear Him; His mere presence drives us to our knees.  Fear in this regard refers to respect.  One definition of the Greek word phobos was “the respect a wife has for her husband.”

A sincere respect and heartfelt obedience to God are how we love Him in return for loving and saving us.  It is also how we realize the freedom He has given us and learn that He really knows what is best for us.  This is what the Philippians passage is talking about.  As children, we constantly fight against what our parents tell us until we learn that there was a good reason why we were told not to play in the street or touch the stove.  Other times, the immediate satisfaction seems to outweigh the consequences of our actions until years later when we realize “mom and dad were right all along.”  Our disobedience doesn’t lessen God’s love for us, but it certainly hinders the progress of our relationship with Him.  If you won’t listen to Him about the small things, how can He trust us with the big things?  If you aren’t obedient to stay in the house when your parents tell you to, why do you think they will trust you with staying alone for a whole weekend while they go away?

Our obedience to God isn’t about being a good person, it is about trusting Him for His Word and understanding that it leads to freedom.  This is faith and as we put ourselves in a position to see God’s faithfulness to us, we will learn to trust Him more for His Word.  How can you love God today?