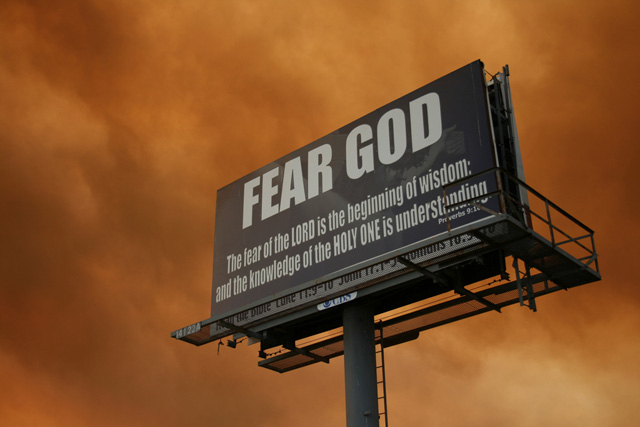 Acts 5:11-17
11 And great fear came over the whole church, and over all who heard of these things. 12 At the hands of the apostles many signs and wonders were taking place among the people; and they were all with one accord in Solomon’s portico. 13 But none of the rest dared to associate with them; however, the people held them in high esteem. 14 And all the more believers in the Lord, multitudes of men and women, were constantly added to their number, 15 to such an extent that they even carried the sick out into the streets and laid them on cots and pallets, so that when Peter came by at least his shadow might fall on any one of them. 16 Also the people from the cities in the vicinity of Jerusalem were coming together, bringing people who were sick or afflicted with unclean spirits, and they were all being healed. 17 But the high priest rose up, along with all his associates (that is the sect of the Sadducees), and they were filled with jealousy.

In reading verse 12, we can see where people get the idea of this book being referred to as the “Acts of the Apostles.”  Yet we can see clearly that it is the Holy Spirit at work here.  Peter and the rest of the troupe weren’t able to heal the sick and cast out evil spirits on their own. They were empowered by the Holy Spirit and led by the Spirit to do what they were doing.  Because of their connection with God, they were able to be a part of the Holy Spirit’s ministry in this way.

The word “fear,” mentioned in verse 11 has some interesting definitions.  The original Greek word used here is phobos which is where we get the word “phobia” from.  Generally, it means the feeling of being afraid of something but as we continue to look at the definitions, we also see that it holds the meaning of reverence.  It’s the recognition of power that inspires awe.  We see that here as it says that the people held them in high esteem.  They were not viewed as the rulers of the land: despised but respected because of the power they wielded.  The apostles had not political office.  Yet they were revealed as powerful men.  While they used their power to help those around them, it’s strangeness caused people to stay away as they weren’t sure how much they could be trusted.  The healing of the sick might attract many (as we can see it did) but the other miracles the Spirit performed through them such as casting out evil spirits might cause people to keep their distance.  The attitude about this kind of activity in that day can be seen when Jesus empowers His disciples and the religious elite confront Him about it in Mark 3:

The final definition I found for phobos was “reverence for one’s husband.”  When we talk about fearing the Lord, it isn’t necessarily about being afraid unless we are not in a relationship with Him.  The religious in this passage were clearly afraid of God’s work (even if they didn’t recognize it as such) through the apostles, which is why they became jealous.  But in the same moment, those who were able to see the work of God and the apostles themselves who used the opportunity to bring Him honor revered Him as a wife is to revere her husband.  Afterall, believers are considered the bride of Christ, aren’t we?

What happens when we follow the will of God?  What happens when our relationship with Him draws us out of this world and we continually live in the Kingdom of God?  These men were clearly living in the Kingdom of God.  They weren’t suppressed by sickness or demons.  In fact, they had supernatural power over the spirits and principalities of darkness.  They brought goodness and hope and healing to the downtrodden, hopeless, and helpless free of charge and giving glory to God.  Firstly, it drew attention because it was unexplainable and unexpected.  The things that God did through these men exposed God’s Kingdom to the world.  Secondly, the result of this brought about jealousy by the religious folk of the day.  One of their primary goals as the religious elite was to bring attention to themselves so that they could be honored and esteemed the way the Apostles were!  The Holy Spirit totally blew the lid off of religion because finally, those who were close with God were bringing glory and honor to Him, not themselves.

I’m pretty sure if the Apostles were alive today, they would correct everyone who called this book the Acts of the Apostles because it wasn’t about them; it was about God.  All they did was to bring glory to Him and for His Kingdom come, His will be done on earth as it is in heaven.  Being a follower of Christ and having an intimate relationship with God isn’t about how good we look, how many times we go to church, what language we speak, or how many rules we follow.  These are all worthless if our hearts’ desire isn’t about drawing nearer to our Creator.

Is your focus on what others think of you or how close you are to your heavenly father?  Do you do what you do to bring Him glory and honor or to make yourself look good?  If someone were to describe your life, would they write a book about your acts or the Acts of the Spirit?