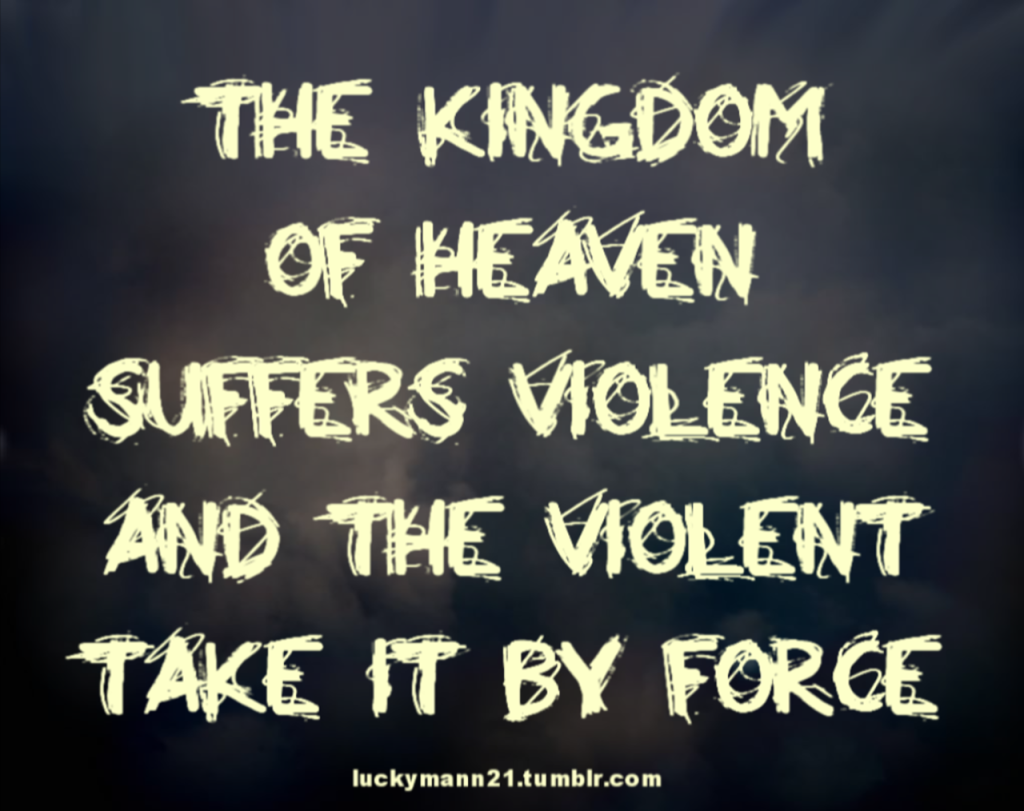 Matthew 11:7-19
7 As these men were going away, Jesus began to speak to the crowds about John, “What did you go out into the wilderness to see? A reed shaken by the wind? 8 “But what did you go out to see? A man dressed in soft clothing? Those who wear soft clothing are in kings’ palaces! 9 “But what did you go out to see? A prophet? Yes, I tell you, and one who is more than a prophet. 10 “This is the one about whom it is written, ‘BEHOLD, I SEND MY MESSENGER AHEAD OF YOU, WHO WILL PREPARE YOUR WAY BEFORE YOU.’ 11 “Truly I say to you, among those born of women there has not arisen anyone greater than John the Baptist! Yet the one who is least in the kingdom of heaven is greater than he. 12 “From the days of John the Baptist until now the kingdom of heaven suffers violence, and violent men take it by force. 13 “For all the prophets and the Law prophesied until John. 14 “And if you are willing to accept it, John himself is Elijah who was to come. 15 “He who has ears to hear, let him hear. 16 “But to what shall I compare this generation? It is like children sitting in the market places, who call out to the other children, 17 and say, ‘We played the flute for you, and you did not dance; we sang a dirge, and you did not mourn.’ 18 “For John came neither eating nor drinking, and they say, ‘He has a demon!’ 19 “The Son of Man came eating and drinking, and they say, ‘Behold, a gluttonous man and a drunkard, a friend of tax collectors and sinners!’ Yet wisdom is vindicated by her deeds.”

This passage is deep with Jewish prophecy and rich theology on the Kingdom of God. I could not, however, let myself break up this beautifully articulated exhortation and message of hope given by Jesus. Yes, I said message of hope. Jesus is hope and John came to announce the arrival of hope for us. This message wasn’t just for the Jews of the time, but for the whole world to endure the rest of time! Jesus is honoring John with His words and exhorting those who are listening at the same time. John came with a warning. He lived in the wilderness in communion with God, not tainted by the flows of society, and preached the utter truth. The people didn’t like it. John was rough around the edges, but he told it like it is and people told him he was a whack job. Yet he was the spirit of Elijah returned, as was prophesied in Malachi 4:

5 “Behold, I am going to send you Elijah the prophet before the coming of the great and terrible day of the LORD. 6 “He will restore the hearts of the fathers to their children and the hearts of the children to their fathers, so that I will not come and smite the land with a curse.”

The Lord revealed the return of Elijah’s spirit (who was a mighty spiritual warrior) and the Jews, even though they were expecting it, could not handle it. Then Jesus came and instead of being hard and harsh on sinners, He loved them unconditionally and showed them that even though society and the religious rejected them, that they were still loved. Jesus reveals the societal hypocrisy by showing how both ways of revealing God’s Kingdom, even though clearly different, was still not good enough. This is the revelation of the hardness of our hearts. Yes, I say our hearts because we still judge and act the same way as they did. Even though Jesus and John’s ministries were different they still served the same purpose: edifying the Kingdom of God. This is why Jesus talks about the vindication of wisdom. These men both sought out God’s will in their lives and followed it, so that regardless of man’s judgment against them (John was beheaded and Jesus was crucified), they would remain righteous in God’s sight. We should at least learn from this point the importance of remaining obedient to God instead of swaying to the way the world wants us to behave. Neither John nor Jesus conformed to what the world wanted and although they lost their physical lives as a result, their connection with God was powerful.

The swing point which we see in verse 12 is the coming of God’s Kingdom. Before the cross, God’s Kingdom was withheld from man but after the cross, God’s Kingdom has been spreading in power and influence in this world. Jesus brought the Kingdom with Him and turned it over to us to grow and care for. He mentions that until that point, the Kingdom has sat in silence taking a beating. But the time has changed and with Jesus’ arrival, the Kingdom has come and now it is time for us to go on the offensive. You can do it the way John did it or the way Jesus did it; we each have our individualized way of doing it. All that matters is whom you are fighting for. 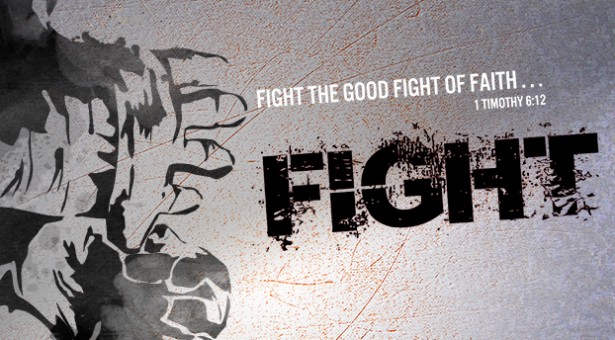 I just finished watching “Machine Gun Preacher” which is a great story but may be a bit rough in language and violence for some of you. But it tells a true story of a converted thief and druggie who initiated a ministry in Sudan rescuing children from the warlords. He’s criticized for his method of doing things and they say he is adding to the violence. I love what Sam Childress says at the end of the movie though:

We all play a part in the Kingdom of God and the spiritual battle that rages on. The question is: what part will you play? Jesus was getting in the face of His audience in this passage because they contradicted everything they said they believed and stood for. It doesn’t matter if you are Mother Theresa or Sam Childers, God has given us all a purpose and we all have a duty to follow His guidance. Are you?