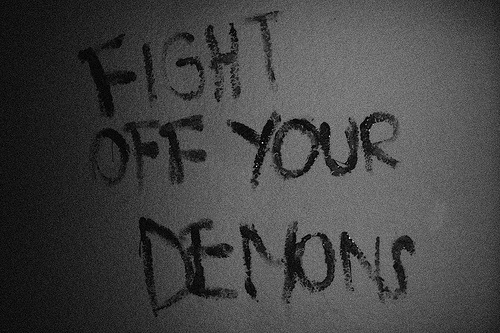 Matthew 8:28-34
28 When He came to the other side into the country of the Gadarenes, two men who were demon-possessed met Him as they were coming out of the tombs. They were so extremely violent that no one could pass by that way. 29 And they cried out, saying, “What business do we have with each other, Son of God? Have You come here to torment us before the time?” 30 Now there was a herd of many swine feeding at a distance from them. 31 The demons began to entreat Him, saying, “If You are going to cast us out, send us into the herd of swine.” 32 And He said to them, “Go!” And they came out and went into the swine, and the whole herd rushed down the steep bank into the sea and perished in the waters. 33 The herdsmen ran away, and went to the city and reported everything, including what had happened to the demoniacs. 34 And behold, the whole city came out to meet Jesus; and when they saw Him, they implored Him to leave their region.

The first thing that catches my attention about this story is that I have never read it involving 2 men, just one. The versions told in Mark 5 and Luke 8 seem to tell a bit of a different story but in researching the history behind the locations, both the Gadarenes and the Gerasenes are the same location just pronounced differently depending on who you asked. Further, here in Matthew we read there are 2 men (from an actual disciple of Jesus) as opposed to Mark and Luke who were performing investigations further removed from Jesus’ ministry. The story as retold to Mark and Luke probably left out a few details unlike this one that Matthew is recording since he could have even been there as an eyewitness.

Notice what the demons say to Jesus in verse 29. They recognize Him as the Son of God. They also know that they will enter a time of eternal torment (you can learn about it all in Revelation). They even asked Him for mercy and to be cast into a herd of pigs instead of just cast out. Yet how peculiar that they caused the pigs to die, what happened to them after that? While this remains a mystery to me and maybe you as well, there is one thing that is unquestionable: Jesus had authority over them and so do we. Negative spiritual influences do not have authority over the sons (and daughters) of God! So, we should not allow them to have influence over our lives.

Too often we allow the enemy’s minions to impress upon us and influence us. But, if we have accepted Jesus as our Savior and therefore receive the Holy Spirit, we regain dominion over our own bodies, over the earth, and over the spirits and principalities of the heavens. This includes angels, as we are more valued by God than angels as well and we are given authority to call them to our aid in times of need. So not only do we have authority over the spirits, the good ones are here for our aid. 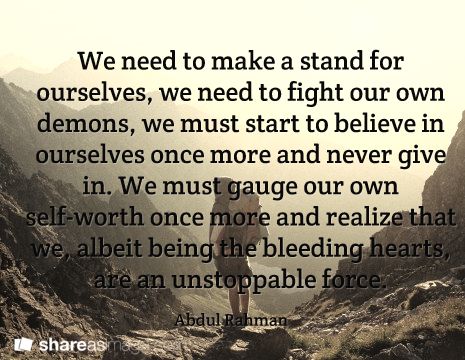 What demons are you fighting today? What have you allowed to gain a foothold in your life? Why are you wrestling with demons instead of claiming your authority over them? Why are we so slow to call God’s angels to our aid and minister to us when we need reinforcements?