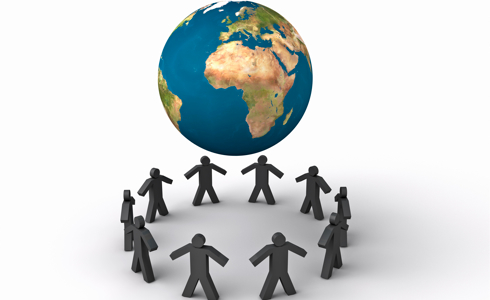 Paul finishes up his response to the question about eating food sacrificed to idols and false gods.  He makes his point clear, which seems a little bit of a reiteration to what he has already said.  Let’s sink into what is more important than wondering about what food you should or shouldn’t eat.

23 All things are lawful, but not all things are profitable. All things are lawful, but not all things edify. 24 Let no one seek his own good, but that of his neighbor. 25 Eat anything that is sold in the meat market without asking questions for conscience’ sake; 26 for the earth is the Lord’s, and all it contains. 27 If one of the unbelievers invites you and you want to go, eat anything that is set before you without asking questions for conscience’ sake. 28 But if anyone says to you, “This is meat sacrificed to idols,” do not eat it, for the sake of the one who informed you, and for conscience’ sake; 29 I mean not your own conscience, but the other man’s; for why is my freedom judged by another’s conscience? 30 If I partake with thankfulness, why am I slandered concerning that for which I give thanks? 31 Whether, then, you eat or drink or whatever you do, do all to the glory of God. 32 Give no offense either to Jews or to Greeks or to the church of God; 33 just as I also please all men in all things, not seeking my own profit but the profit of the many, so that they may be saved.

As I was reading this, I was trying to figure out if there is a good parallel to this situation that the church found themselves in at Corinth.  The not eating certain foods thing is still common around the world, especially in the Middle east where neither Jew nor Muslim will eat pork.  While they probably wouldn’t mind if you cracked open a can of spam for lunch, it would be beneficial to respect their culture to avoid it.  As far as idol sacrifice, maybe I haven’t quite experienced enough of the world’s religious customs to find a scenario exactly like the one Paul is describing here.  The difference between this part of Corinthians and what we previously read is that before, Paul was talking about participating in a feast where an idol or idols are worshipped and food is sacrificed and then everyone at the party partakes of the sacrificed food.  Here, Paul is addressing sacrificed food that is sold in the market.  The difference is that you may not know what food was or was not sacrificed.  So how does this apply to what Paul was saying about not partaking of it, but also being free from the supposed spiritual implications?

His point here is to “not worry about it,” but also be mindful that if you do find out about it being sacrificed food, avoid it in order to not give mixed signals as he mentioned previously.  This application seems very specific to the culture in which the church was embedded at the time.  If they walked around the market asking at every food stand, “was this food sacrificed to idols?” 1) they might not find any food they can eat and 2) it will give off the impression that eating food sacrificed to idols affects your relationship with God (which Paul just explained doesn’t). It is easy for us as followers of Christ to give off the impression that we do things for self-righteousness instead of to honor God.  Popular religion dictates that you have to behave a certain way to achieve a level of holiness or acceptance (either by God or the community).  It portrays the message that before you can have a relationship with God, you must first act a certain way.  This couldn’t be further from the truth since the scriptures teach that there is nothing we can do to get closer to God and Jesus taught against this very attitude during His ministry as a man.  This is why He did the work for us.  It is the indwelling of the Holy Spirit which transforms us from the inside (and therefore our outward actions).  We don’t act a certain way to gain anything, rather we have gained something and are therefore free from the slavery of sin and act differently.  It is this very freedom that gives us the ability to be a slave to all, as Paul would put it, in the seeking of the profit of others so that they may have the opportunity to hear the saving grace of God.

Pride is the biggest stumbling block of man.  Especially those of us who consider ourselves “free.”  We take great pride in it whether it is freedom from sin, living in the land of the free, or just getting a free big mac at McDonald’s; we make sure we exercise that freedom, don’t we?  Yet if we pridefully stand somewhere and blatantly contradict the local culture, mix the message of God, and display that we don’t really care about the feelings or customs of others, then we really aren’t free; we are slaves to pride.  Jesus was asked by the Pharisees which commandment was the greatest and He answered with two: “love the Lord your God with all your heart, mind, and soul and the second is like it, love your neighbor as yourself.”  His point was that in loving others, we love God.  We show God how much we love Him by being more concerned about the gain of others before ourselves.  As servants, we not only get to show God’s love to others, but we get to show our love of God.  I’ve said it before and I’ll say it again; we aren’t just saved from something, we are saved for something.  That “for something” is to love others unconditionally with at least the same amount of love we have for ourselves.

How are your actions distorting the message of God’s good news?  Are you more interested in your own profit or the profit of others?