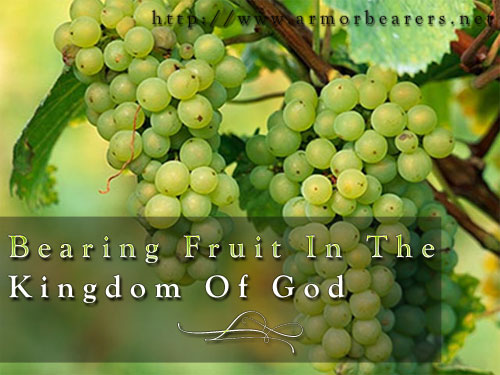 Matthew 21:33-46
33 “Listen to another parable. There was a landowner who PLANTED A VINEYARD AND PUT A WALL AROUND IT AND DUG A WINE PRESS IN IT, AND BUILT A TOWER, and rented it out to vine-growers and went on a journey. 34 “When the harvest time approached, he sent his slaves to the vine-growers to receive his produce. 35 “The vine-growers took his slaves and beat one, and killed another, and stoned a third. 36 “Again he sent another group of slaves larger than the first; and they did the same thing to them. 37 “But afterward he sent his son to them, saying, ‘They will respect my son.’ 38 “But when the vine-growers saw the son, they said among themselves, ‘This is the heir; come, let us kill him and seize his inheritance.’ 39 “They took him, and threw him out of the vineyard and killed him. 40 “Therefore when the owner of the vineyard comes, what will he do to those vine-growers?” 41 They said to Him, “He will bring those wretches to a wretched end, and will rent out the vineyard to other vine-growers who will pay him the proceeds at the proper seasons.” 42 Jesus said to them, “Did you never read in the Scriptures, ‘THE STONE WHICH THE BUILDERS REJECTED, THIS BECAME THE CHIEF CORNER stone; THIS CAME ABOUT FROM THE LORD, AND IT IS MARVELOUS IN OUR EYES ‘? 43 “Therefore I say to you, the kingdom of God will be taken away from you and given to a people, producing the fruit of it. 44 “And he who falls on this stone will be broken to pieces; but on whomever it falls, it will scatter him like dust.” 45 When the chief priests and the Pharisees heard His parables, they understood that He was speaking about them. 46 When they sought to seize Him, they feared the people, because they considered Him to be a prophet.

Jesus paints a clearer picture to the Pharisees with this parable in comparison to the previous one He told.  Jesus’ parables are to foretell His own rejection by the Jewish nation and how God will use that rejection to bring His good news of salvation to the whole world.  Until this time, Israel was the only blessed nation.  We see throughout Jesus’ ministry that a few people came to Him to be saved from their afflictions that aren’t Jews.  In those times He mentions that their faith is in fact greater than those of His own countrymen and is astonished at how much easier it is for the nonreligious to believe in Him as the Savior than it is for His chosen nation.

In verse 41, we see the religious elite giving an obvious answer to Jesus’ question which is very revealing to them.  They gave the answer and at the same time revealed what will happen to them.  Jesus offers us the Kingdom of God.  When we reject His offer, He moves on to offer it to others who will receive it and put it to good use.  It is at this point that I feel I need to pause and reflect upon my own life.  Am I putting God’s Kingdom to good use and producing fruit of it?  Have I rejected the cornerstone or is it the foundation of my life?  Am I in danger of being scattered like dust for my neglect of proper utilizing the power of God in my life?

This is a very serious topic because we all have the potential of failing in this way.  We all run the risk of squandering the most wonderful thing that could ever happen to us.  I’m not talking about receiving a get-out-of-jail-free card for when we die.  I’m talking about walking in God’s Kingdom today.  Jesus said, “The Kingdom of God is upon you.”  It is in our midst, but is it in our hearts?  How much time, energy, money, and emotion do we waste by investing it in this world instead of investing it in the Kingdom?  How much longer will we play games with God’s purpose in our lives?  How close are we to reaping the consequences of rejecting the cornerstone?  How much fruit of the Kingdom is evident in your life today?