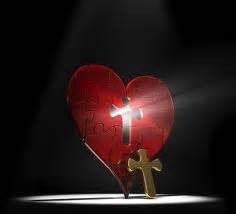 1 The words of the Preacher, the son of David, king in Jerusalem.

2 “Vanity of vanities,” says the Preacher,

“Vanity of vanities! All is vanity.”

3 What advantage does man have in all his work
Which he does under the sun?
4 A generation goes and a generation comes,
But the earth remains forever.
5 Also, the sun rises and the sun sets;
And hastening to its place it rises there again.
6 Blowing toward the south,
Then turning toward the north,
The wind continues swirling along;
And on its circular courses the wind returns.
7 All the rivers flow into the sea,
Yet the sea is not full.
To the place where the rivers flow,
There they flow again.
8 All things are wearisome;
Man is not able to tell it.
The eye is not satisfied with seeing,
Nor is the ear filled with hearing.
9 That which has been is that which will be,
And that which has been done is that which will be done.
So there is nothing new under the sun.
10 Is there anything of which one might say,
“See this, it is new”?
Already it has existed for ages
Which were before us.
11 There is no remembrance of earlier things;
And also of the later things which will occur,
There will be for them no remembrance

I had always wondered when God would guide me to study a book from the Old Testament.  Last night I was reading The Explicit Gospel by Matt Chandler and he was explaining what I like to refer as our “God Shaped Hole”.  It is a reference to our innate brokenness and our design of desiring to be fulfilled with joy and happiness; however, it can only be truly satiated with our reunion with God.  It’s like when you break up with your soulmate and regardless of what you do: see other people, drink, do drugs, buy a new car, watch movies endlessly, play video games, etc. you are never truly satisfied because you know the only thing that will make it better is if you are reconciled with you mate.  God is our eternal mate. He made us to live in communion with Him.  Anything outside of that is folly.

This document written by King Solomon of Israel is a record of this search.  He was known as the most powerful king of Israel: he had all the money, all the stuff, all the people, all the women, and anything else you can think of.  He did it all to find out what creates true happiness. What did he discover about worldliness?  What did he find out about what we gain or leave behind in this world?  The word “preacher” that Solomon uses in verse 1 is derived from the Hebrew word qoheleth, which is translated into ekklesiastes in the Greek to mean one speaking at an assembly.  This letter is an announcement to anyone who will listen about what he has to say.

Chandler summed it up this way, “Everybody knows something’s broken in this world. But illogically, foolishly, we are looking for fixes from broken people with broken ideas in broken places.”  Join me through this study of Ecclesiastes to see what Solomon found.