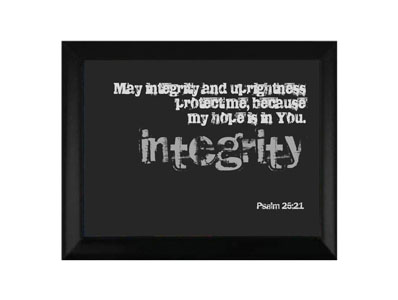 Hear this word which the Lord has spoken against you, sons of Israel, against the entire family which He brought up from the land of Egypt:
2 “You only have I chosen among all the families of the earth;
Therefore I will punish you for all your iniquities.”
3 Do two men walk together unless they have made an appointment?
4 Does a lion roar in the forest when he has no prey?
Does a young lion growl from his den unless he has captured something?
5 Does a bird fall into a trap on the ground when there is no bait in it?
Does a trap spring up from the earth when it captures nothing at all?
6 If a trumpet is blown in a city will not the people tremble?
If a calamity occurs in a city has not the Lord done it?
7 Surely the Lord God does nothing
Unless He reveals His secret counsel
To His servants the prophets.
8 A lion has roared! Who will not fear?
The Lord God has spoken! Who can but prophesy?

God’s Kingdom works a bit differently than the kingdoms of this world.  When you are born into royalty, you can pretty much get away with anything and everything in your kingdom.  Countless movies show the special treatment of the king’s family and how easy it is for them to get away with crimes that “simple folk” would otherwise be killed for.  In God’s Kingdom, however, it seems as though there are greater consequences for the actions of His children.  God’s point in the various questions is, “Did you think you would disobey me and I wouldn’t say or do anything about it?”  He holds us to a higher standard because we have no excuse.  We are set apart and given the power of the Holy Spirit to fight our own sinfulness and live righteously.

Verse 7 is a sarcastic remark.  He is revealing the silly thought process of Israel that God is only present or paying attention when He speaks through His prophets or when they notice He is around.  How much have we reduced the sovereignty of God like this?  How often do we view God as a human?  In this case, Israel was acting as though God wasn’t around at all and He is revealing their lack of memory.

In the Marine Corps, they taught us that integrity is, “doing what is right when nobody is watching.”  In God’s Kingdom, though, He is always watching.  Depending on our behavior, this could be a good thing for us!  Unfortunately, we don’t always stop to think of the consequences of our actions.  Even worse, when we do, we usually think of the physical, worldly consequences instead of the spiritual ones.  We don’t stop to think of how our actions draw us away from God.  We don’t stop to think that we could be giving the devil a foothold in our lives that will start a ripple affect of sinfulness in the near future.