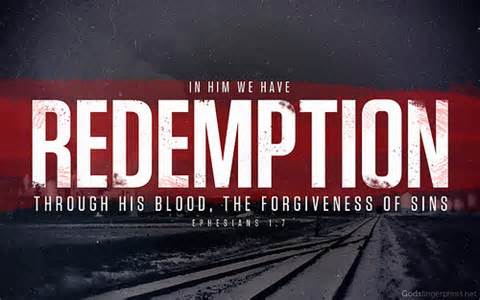 Acts 21:40 – 22:16
40 When he had given him permission, Paul, standing on the stairs, motioned to the people with his hand; and when there was a great hush, he spoke to them in the Hebrew dialect, saying, 1 “Brethren and fathers, hear my defense which I now offer to you.” 2 And when they heard that he was addressing them in the Hebrew dialect, they became even more quiet; and he said, 3 “I am a Jew, born in Tarsus of Cilicia, but brought up in this city, educated under Gamaliel, strictly according to the law of our fathers, being zealous for God just as you all are today. 4 “I persecuted this Way to the death, binding and putting both men and women into prisons, 5 as also the high priest and all the Council of the elders can testify. From them I also received letters to the brethren, and started off for Damascus in order to bring even those who were there to Jerusalem as prisoners to be punished. 6 “But it happened that as I was on my way, approaching Damascus about noontime, a very bright light suddenly flashed from heaven all around me, 7 and I fell to the ground and heard a voice saying to me, ‘Saul, Saul, why are you persecuting Me?’ 8 “And I answered, ‘Who are You, Lord?’ And He said to me, ‘I am Jesus the Nazarene, whom you are persecuting.’ 9 “And those who were with me saw the light, to be sure, but did not understand the voice of the One who was speaking to me. 10 “And I said, ‘What shall I do, Lord?’ And the Lord said to me, ‘Get up and go on into Damascus, and there you will be told of all that has been appointed for you to do.’ 11 “But since I could not see because of the brightness of that light, I was led by the hand by those who were with me and came into Damascus. 12 “A certain Ananias, a man who was devout by the standard of the Law, and well spoken of by all the Jews who lived there, 13 came to me, and standing near said to me, ‘Brother Saul, receive your sight!’ And at that very time I looked up at him. 14 “And he said, ‘The God of our fathers has appointed you to know His will and to see the Righteous One and to hear an utterance from His mouth. 15 ‘For you will be a witness for Him to all men of what you have seen and heard. 16 ‘Now why do you delay? Get up and be baptized, and wash away your sins, calling on His name.’

Paul’s testimony is a powerful one, especially for Jews to hear.  But don’t let this convince you that if you aren’t a Jew, you shouldn’t pay attention to it.  There are two main principles we can take away from this speech Paul gave: hearing one’s testimony and giving your own.

Depending on which Christian circles you hang out in, you either hear a lot of personal testimonies or none at all.  Being a participant and leader in Celebrate Recovery, I get to hear many testimonies.  One of the common things I have seen is that many people treat their testimonies as a competition of how horrible their life has been.  Unfortunately, this really doesn’t accomplish much except make people feel bad for them.  A testimony is meant to be a story of God’s grace and power in your life.  Here, Paul shared his story of God confronting him and his subsequent conversion.  If Paul would have stopped at verse 5, it wouldn’t have been a testimony but a story of persecution against the first Christians.  A proper testimony should be balanced with the bad and good in your life.  A Christian testimony should be focused on the inherent evil you were born with overcome by God’s redemption.  Without either of those elements, it really isn’t a worthwhile story.  A testimony should be a testament of hope and encouragement to others that leads them closer to Christ.

When we listen to someone’s testimony, we must remain humble at heart.  I have heard some powerful testimonies that have humbled me.  But, when we hear someone’s testimony, it may be easy to tune out or even judge the speaker for their past actions or present attitude.  Maybe they aren’t at the same level of faith as you.  Maybe they handled things differently than you would have.  Maybe they believe God differently than you do.  These are all things the enemy uses to snake into our minds and distort the message.  The enemy doesn’t want us to enjoy God’s redemption because he can’t enjoy it himself.  If a testimony is meant to be the revelation of God in one’s life, we should be intent on it being revealed to us.  We should seek out God’s wonders in that person’s life so we can learn how to experience it ourselves.

Our personal testimonies aren’t about us, they are about God.  Whether we are listening to a testimony or giving our own, we must not forget that it is all about Him!  As I’ve seen in pictures floating around Facebook sometimes, “The only part of salvation we have to offer is our sin.”  When we focus on just the bad stuff in our lives, we are putting the focus on ourselves.  Yet, when we reveal the majesty of God’s glory and grace, we are putting the focus on Him in spite of our sinful nature.  Keep this in mind next time you are telling someone your story.  Remember this when you are listening to a testimony.  It isn’t about you or me but Jesus Christ: the One who has set us free.  If our testimony doesn’t revolve around Christ, then it isn’t a testimony, it is a sob story and you are looking for validation instead of giving glory to God.