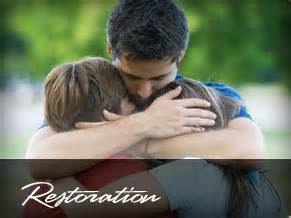 Amos 9:11-15
11 “In that day I will raise up the fallen booth of David, And wall up its breaches; I will also raise up its ruins And rebuild it as in the days of old; 12 That they may possess the remnant of Edom And all the nations who are called by My name,” Declares the LORD who does this. 13 “Behold, days are coming,” declares the LORD, “When the plowman will overtake the reaper And the treader of grapes him who sows seed; When the mountains will drip sweet wine And all the hills will be dissolved. 14 “Also I will restore the captivity of My people Israel, And they will rebuild the ruined cities and live in them; They will also plant vineyards and drink their wine, And make gardens and eat their fruit. 15 “I will also plant them on their land, And they will not again be rooted out from their land Which I have given them,” Says the LORD your God.

As the prophetic letter of Amos ends, we read a promise of future blessing for Israel.  If anything, this is the ultimate sign of God’s love for them.  Usually when we read of God destroying a city, killing of their people, and dispersing them abroad in the scriptures, there is no return.  God doesn’t usually say, “That’s ok though, because I’m going to rebuild your cities, give you plentiful crops, and by the way, this will never happen again.”  Instead, the people are wiped off the face of the earth, but not Israel.

If we would have only read up until this part, we would not have seen the love and mercy of God.  We would not understand that this punishment is to cleanse and correct them.  Instead, we see God’s promise and hope for the nation established before they are destroyed and dispersed throughout the land.  They will return to the glory God has set for them and those that oppose Israel will be dealt with.  Although we may never enjoy being disciplined by our heavenly father or reaping the consequences of our actions, we can know that He still loves us and He will restore us even surpassing where we were beforehand.  He isn’t going to put us in a halfway house where we receive the bare minimum; He is going to adorn us with His best clothing and feed us his choicest cow.

How many times has the world tried to uproot the nation of Israel from their land?  The 6-Day War, the Holocaust, and now we see the rest of the Middle East fueled by Iran set against Israel.  They have been constantly at war for as long as immediate history can remember and they have yet to be uprooted from their land after returning from the Babylonian exile.  God still holds true to His promise and not just for Israel, but for you also.

Where are you in this cycle?  Are you about to be disciplined for your actions, in the middle of reaping the consequences of your actions, or receiving the outpouring of love and forgiveness from God for past actions?  While the story we have just completed is on a grand scale, this same story applies to our little individual lives.  As we battle sinfulness in our lives and the footholds the enemy has planted in us, we have the opportunity to bless and honor God with our decisions or reap the consequences of giving in.  Our response to sin is what God refers to when He says He wants us to be perfect.  He wants us to respond to sinfulness the same way He does: with righteousness and avoidance.

How will you respond to sin today?  How do you need God to restore you?