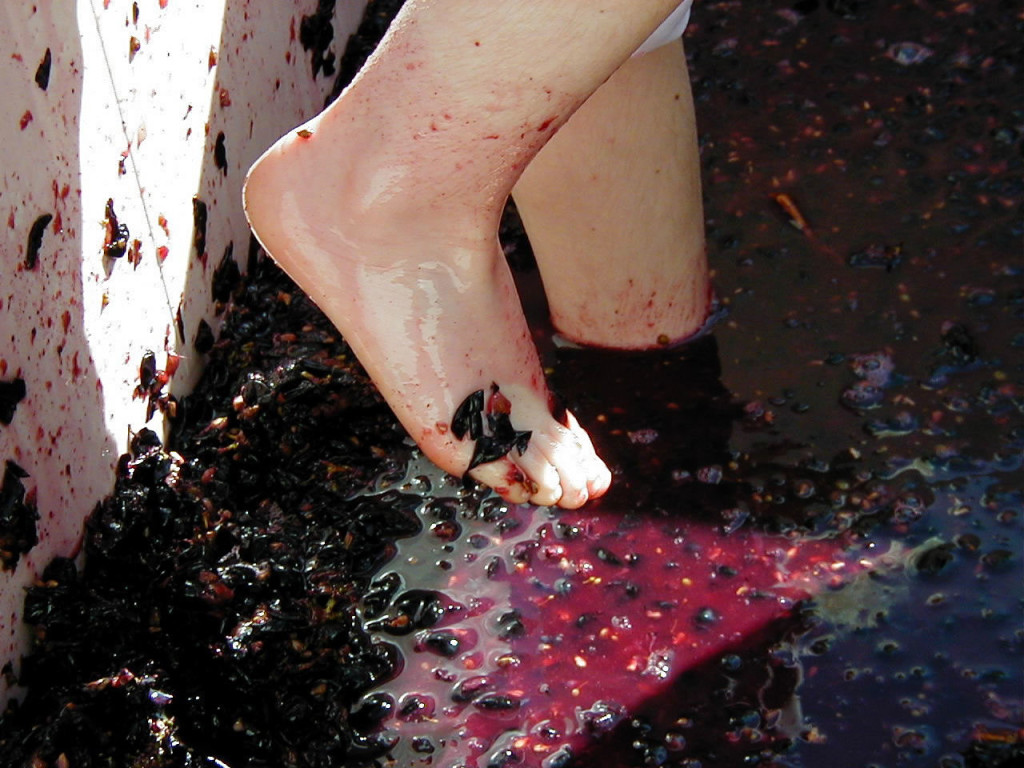 Acts 14:19-22
19 But Jews came from Antioch and Iconium, and having won over the crowds, they stoned Paul and dragged him out of the city, supposing him to be dead. 20 But while the disciples stood around him, he got up and entered the city. The next day he went away with Barnabas to Derbe. 21 After they had preached the gospel to that city and had made many disciples, they returned to Lystra and to Iconium and to Antioch, 22 strengthening the souls of the disciples, encouraging them to continue in the faith, and saying, “Through many tribulations we must enter the kingdom of God.”

We continue to see the Jews who are angry at God’s message through Paul.  As if the disciples weren’t having enough trouble witnessing to the Lycaonians, now the angry Jews came to incite and confuse the crowd even more!  Paul’s encouragement to the disciples, however, is an interesting one.  It reveals a principle about the Kingdom of God we might not have noticed before.  In verse 22, he makes a statement to the disciples.  This means, his audience was of people who were already saved and following the ways of Christ.  Yet he is talking about entering the Kingdom of God in the future.  This isn’t to indicate that they will be entering the Kingdom later when they die, rather that they haven’t yet.  This is a peculiar insinuation since the majority of us have been brought up to believe the Kingdom of God occurs after we die.  Yet, the Kingdom of God is here and now.  Jesus’ examples in His parables explain how the Kingdom of God operates and what must happen in order for us to live in it.  Paul uses his near death experience to reveal it as well.  What exactly does “tribulation” mean, though?

It comes from the Greek word Thlipsis, which literally means, “hard pressed.”  This is the word they used to signify pressing grapes to make wine.  When grapes are pressed or stepped on, the goodness inside them is squeezed out and the extra “meat” and skin is left behind.  You have to squeeze a grape to get to the good stuff.  This is the same principle of our sanctification.  This isn’t to say the rest is waste, for God uses it too, however our lives are a process of being pressed and refined.  In his second letter to the Corinthians, Paul actually talks about this in chapter 4:

6 For God, who said, “Light shall shine out of darkness,” is the One who has shone in our hearts to give the Light of the knowledge of the glory of God in the face of Christ. 7 But we have this treasure in earthen vessels, so that the surpassing greatness of the power will be of God and not from ourselves; 8 we are afflicted in every way, but not crushed; perplexed, but not despairing; 9 persecuted, but not forsaken; struck down, but not destroyed; 10 always carrying about in the body the dying of Jesus, so that the life of Jesus also may be manifested in our body.

In verse 8, Paul uses the same word translated as “tribulations” in our Acts passage for “afflicted” in verse 8.  We usually talk about crushing grapes, but in this instance, Paul is talking about being squeezed but not destroyed.  Notice how he started the passage in Corinthians about God’s light shining out of us?  This is the juice being squeezed out!  It is in our being pressed, afflicted, and challenged the God’s light shines from us.  In our tribulations, God’s mercy, love, and power prevail.  Another implication of this is that when we are squeezed, we are refilled by more of God to be squeezed again.  It’s not a one-shot occurrence, but an ongoing rhythm of being squeezed for God’s glory.  Sometimes when we face trials, we refuse to go back to where it happened for fear if it happening again.  Yet we see that Paul, after being stoned and left to be eaten by the dogs, RETURNED!

Generally, we don’t like tribulation or being hard pressed.  But, we can see here the benefit of it in God’s Kingdom.  If we are seeking God’s Kingdom and His righteousness, we must be hard pressed to get to the good stuff.  Otherwise, we are just walking around bloated and useless.  We don’t eat grapes for the skin or texture; we eat them for the juice inside that gives it flavor.  Will you jump into the wine press to bless the world with God’s love, mercy, and power?