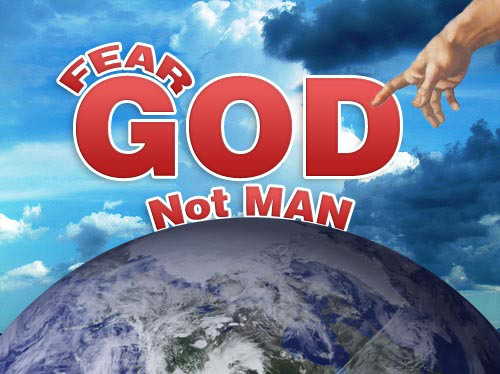 Acts 27:21-32
21 When they had gone a long time without food, then Paul stood up in their midst and said, “Men, you ought to have followed my advice and not to have set sail from Crete and incurred this damage and loss. 22 “Yet now I urge you to keep up your courage, for there will be no loss of life among you, but only of the ship. 23 “For this very night an angel of the God to whom I belong and whom I serve stood before me, 24 saying, ‘Do not be afraid, Paul; you must stand before Caesar; and behold, God has granted you all those who are sailing with you.’ 25 “Therefore, keep up your courage, men, for I believe God that it will turn out exactly as I have been told. 26 “But we must run aground on a certain island.” 27 But when the fourteenth night came, as we were being driven about in the Adriatic Sea, about midnight the sailors began to surmise that they were approaching some land. 28 They took soundings and found it to be twenty fathoms; and a little farther on they took another sounding and found it to be fifteen fathoms. 29 Fearing that we might run aground somewhere on the rocks, they cast four anchors from the stern and wished for daybreak. 30 But as the sailors were trying to escape from the ship and had let down the ship’s boat into the sea, on the pretense of intending to lay out anchors from the bow, 31 Paul said to the centurion and to the soldiers, “Unless these men remain in the ship, you yourselves cannot be saved.” 32 Then the soldiers cut away the ropes of the ship’s boat and let it fall away.

As things start to get more risky and dire on the ship, those aboard are faced with a serious decision: fear or faith?  Fear is the opposite of faith.  In this situation, Paul is encouraging them to have faith in the same God he has faith in instead of fearing for their lives.  This prisoner of Rome through his experience on the sea now seems to have earned a little bit of clout with the men aboard the ship.  Think about, however, the craziness of the situation.  They are drifting at sea, they haven’t eaten for two weeks, and some fear for their lives.  The guy in chains bound for audience with Caesar now has everyone’s attention and could very easily have just been thrown overboard because of the things he was saying.

The sailors, who know better than anybody about how things would turn out, are trying to abandon the ship!  Paul, while it may seem like a subtle statement about preventing them to leave the boat, is beginning to command authority over the Roman guard!  Seriously, who is he that they should listen to him?  These guys haven’t witnessed any miracles much less heard him give any profound speeches.  They are simply making sure he gets to Rome.  Their decision, while half convinced by Paul’s encouragement, also probably came from a certain amount of fear.  Paul said they would die if they let the men escape the boat.  Someone as intense as Paul making such a claim might convince almost anyone to listen.

How do we grow in our faith of God?  We follow His direction and learn that He knows best.  Paul presented the men on the boat with this opportunity by relaying to them what he had heard from the angel.  How would you have responded to Paul’s exhortation?  Would you flee out of fear for your life? Would you obey out of fear for your life?  Or would you sit and wait in faith?  We are all motivated by either fear or faith.  Our actions are dictated by these two simple elements of life.  We do something because we have faith that it will be successful or we do it because we are afraid of the consequences of not doing it.  Faith, however, is the opposite of fear.  Fear keeps us trapped and faith allows us to live freely.  Usually we don’t like to admit we have fear because it seems to be a negative factor in our lives, yet the centurion and the soldiers were saved because of their fear.

Furthermore, the bible is riddled with references of fearing the Lord.  Francis Chan explains that our fear of God is necessary to understand His greatness.  It isn’t just a “healthy respect” that we have dwindled it down to in order to feel more godly ourselves, rather an understanding of who He is at which point He comforts us in our fear and shows us His mercy.  It isn’t until that point, however, that we fully grasp the majesty of God.  In other words, our fear drives us to faith sometimes.  I believe this is truly what John was getting at in 1 John 4:

[quote]16 We have come to know and have believed the love which God has for us. God is love, and the one who abides in love abides in God, and God abides in him. 17 By this, love is perfected with us, so that we may have confidence in the day of judgment; because as He is, so also are we in this world. 18 There is no fear in love; but perfect love casts out fear, because fear involves punishment, and the one who fears is not perfected in love.[/quote]

In recognition of our fear of God and understanding where it comes from we are capacitated to have faith!  This is what we witness in Isaiah 6 when the prophet has a vision and finds himself in the presence of God.  His iniquity and sinfulness drives him into fear and despair because he recognizes his unholiness but God restores Him in love and mercy:

[quote]5 Then I said, “Woe is me, for I am ruined! Because I am a man of unclean lips, And I live among a people of unclean lips; For my eyes have seen the King, the LORD of hosts.” 6 Then one of the seraphim flew to me with a burning coal in his hand, which he had taken from the altar with tongs. 7 He touched my mouth with it and said, “Behold, this has touched your lips; and your iniquity is taken away and your sin is forgiven.” [/quote]

This seems contrary to how I began this post but follow this line of thinking for a moment.  Fear in the world is opposite from faith in God.  But fear of God drives us to faith in Him.  So the question, therefore, isn’t why are you afraid but of whom do you have fear?