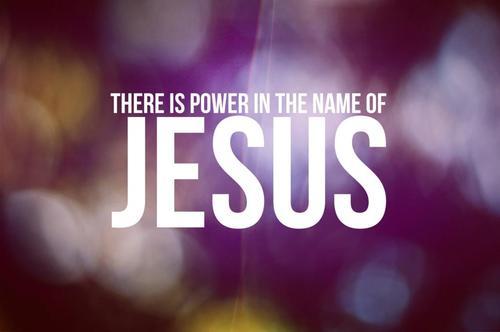 Acts 4:5-14
5 The next day the rulers, elders and teachers of the law met in Jerusalem. 6 Annas the high priest was there, and so were Caiaphas, John, Alexander and the other men of the high priest’s family. 7 They had Peter and John brought before them and began to question them: “By what power or what name did you do this?” 8 Then Peter, filled with the Holy Spirit, said to them: “Rulers and elders of the people! 9 If we are being called to account today for an act of kindness shown to a cripple and are asked how he was healed, 10 then know this, you and all the people of Israel: It is by the name of Jesus Christ of Nazareth, whom you crucified but whom God raised from the dead, that this man stands before you healed. 11 He is ” ‘the stone you builders rejected, which has become the capstone. ‘ 12 Salvation is found in no one else, for there is no other name under heaven given to men by which we must be saved.” 13 When they saw the courage of Peter and John and realized that they were unschooled, ordinary men, they were astonished and they took note that these men had been with Jesus. 14 But since they could see the man who had been healed standing there with them, there was nothing they could say.

Not too long ago, I heard someone ask, “If the Old Testament prophesied that the Messiah would be called ‘Emanuel’ (which means God with us), then why was He named Jesus?”  “Jesus,” my friends, means, “God is salvation.”  “Emanuel,” the nickname that Jesus had when He was on earth and still has (because He is still with us), doesn’t adequately describe the power of God, nor the point of Jesus coming to earth.  Certainly, He was God on earth and continues to be God in our hearts through His Spirit…God with us indeed, but the truth is: God being with us doesn’t do a whole lot if He isn’t salvation.

The religious elite at the time (those involved in pulling these men in and questioning them) would know what Peter was talking about in verse 11.  To us, it just seems like he is mentioning their crucifixion of the Savior, but in fact he is calling into memory of all in audience the entirety of Psalm 118, which actually details the fullness of Jesus’ power, deity, and purpose (click the link to read it).  In Psalm 118 we read of the depth of God’s mercy and love.  We can understand that in our own depravity, He was on our side.  We feel the internal battle of the psalmist of how wretched he realizes he is in comparison to God’s righteousness yet God still pulls him in close like a beloved son.  If God isn’t salvation, then what is the point, anyway?

Some may say this whole “invention of sinfulness” is a dirty ploy by the church to get you to feel guilty about your life and start coming to church so you can give them money.  I have yet to see that here!  It looks to me that Peter healed a lame man (free of charge, no less) and the religious elite (ie…the ones who actually use guilt and piety for personal gain) are challenging them because they are taking away their business!  How can the Pharisees and Sadducees maintain their supposed holiness if Jesus’ disciples are stealing their thunder?  They aren’t just preaching righteousness, they are living it.

Somebody not too long ago mentioned their difficulty in believing that some all-sovereign being actually caring about them (and if you are reading this, I’m not calling you out).  Yes, while it might be difficult to believe in such a thing, we forget about one key factor that we continue to see in the scriptures: IT’S NOT ABOUT US!  I have no idea why, but this conversation has been on my mind today and I feel like someone has to hear it.  From Genesis to Revelation, the bible isn’t about mankind; it’s about God.  If we read the scriptures from a selfish, humanistic, “it’s about me” mentality, then we are surely missing something and we aren’t going to understand why the events recorded in the bible happened.  The Garden of Eden, the great flood, the exodus to the promised land, the Babylonian exile, the crucifixion and resurrection of Jesus, the spread of the gospel, and the impending second coming of Christ…all of it is about God the Creator, not us!  When will we stop fooling ourselves about the world revolving around us and instead understand that the world revolves because of God?  When will we stop being so selfish in our thinking?  When will we stop worrying about theology and start worrying about praise?