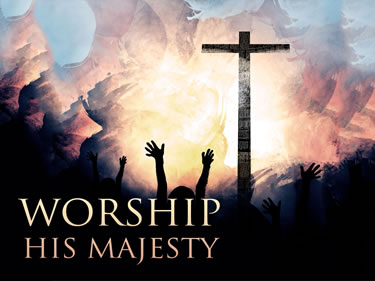 As is customary in Jewish writings, the author repeats in a more summarized manner the main point.

Now the main point in what has been said is this: we have such a high priest, who has taken His seat at the right hand of the throne of the Majesty in the heavens, 2 a minister in the sanctuary and in the true tabernacle, which the Lord pitched, not man. 3 For every high priest is appointed to offer both gifts and sacrifices; so it is necessary that this high priest also have something to offer. 4 Now if He were on earth, He would not be a priest at all, since there are those who offer the gifts according to the Law; 5 who serve a copy and shadow of the heavenly things, just as Moses was warned by God when he was about to erect the tabernacle; for, “See,” He says, “that you make all things according to the pattern which was shown you on the mountain.” 6 But now He has obtained a more excellent ministry, by as much as He is also the mediator of a better covenant, which has been enacted on better promises. 7 For if that first covenant had been faultless, there would have been no occasion sought for a second.

Jesus, given His purpose on earth, could not have been of the tribe of Levi because this would have then made Him, according to Jewish custom, no better than the human priests.  This also would have not fulfilled the prophecies that the Messiah would arise out of Judah.  When Jesus came to earth and fulfilled His purpose, He fit into a very specific hole in the puzzle for Jews and Gentiles alike.  He still does this today in our personal lives.  I call it the “God shaped hole” that we continuously try to fill with other things but nothing really satisfies but Him.  Often we say, “God doesn’t call the qualified, He qualifies the called.”  Yet, in Jesus’ case, He was sent already qualified.  Since the world started spinning, Jesus was part of the plan.

The difference between the earthly priests and Jesus, our heavenly priest, is that the earthly priests were mimicking what God told them to do; Jesus is God.  There is nothing for Him to mimic nor is there anything for Him to fall in line with or in agreeance with because Jesus and the Father are one (as we read in John 14).  The promise that comes with the New Covenant is that if we have faith in God through Christ, we will once again be reunited with Him.  When Jesus ascended, the Holy Spirit was poured out so that we may be able to be in sync with the Father and live in freedom from sin.  The question is, do you believe this promise?

It revolves around everything the author has talked about to this point: the fallibility of man, the preservation of God’s truth, and the sending of Christ for us to be the ultimate priest and propitiation.  It is in understanding our need for Jesus in our lives to be reconciled with God in addition to realizing the magnitude of His sacrifice that we begin to understand the depths of His Majesty.  I don’t think the fullness of God’s deity and majesty can be completely understood and realized.  If it could, then He really wouldn’t be God; He would be just a super human.  Yet we were made in His image, not the other way around.  So God isn’t even a superhuman; He is God and we are designed to be small reflections of His glory.

Don’t you want to be in sync with your creator?