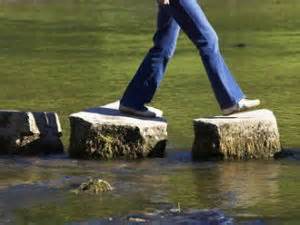 Acts 15:12-20
12 All the people kept silent, and they were listening to Barnabas and Paul as they were relating what signs and wonders God had done through them among the Gentiles. 13 After they had stopped speaking, James answered, saying, “Brethren, listen to me. 14 “Simeon has related how God first concerned Himself about taking from among the Gentiles a people for His name. 15 “With this the words of the Prophets agree, just as it is written, 16 ‘AFTER THESE THINGS I will return, AND I WILL REBUILD THE TABERNACLE OF DAVID WHICH HAS FALLEN, AND I WILL REBUILD ITS RUINS, AND I WILL RESTORE IT, 17 SO THAT THE REST OF MANKIND MAY SEEK THE LORD, AND ALL THE GENTILES WHO ARE CALLED BY MY NAME,’ 18 SAYS THE LORD, WHO MAKES THESE THINGS KNOWN FROM LONG AGO. 19 “Therefore it is my judgment that we do not trouble those who are turning to God from among the Gentiles, 20 but that we write to them that they abstain from things contaminated by idols and from fornication and from what is strangled and from blood.

It’s quite ironic that after we just read about not requiring anyone to adhere to specific Jewish rules or traditions we read about James suggesting doing this very thing.  Let us, however, understand the reasoning behind this assertion.  In verse 14, James references Simeon, who is also Simon Peter; Simeon was his Hebrew name.  James is now referring to the vision Peter had from God about not saying that which God has deemed holy as unholy and the subsequent conversion of Gentiles at Cornelius’ house.

In our previous passage, we read about the requirement of circumcision for conversion.  One of the former Pharisees was saying that there were physical requirements that needed to be met in order to receive eternal salvation.  This is contrary to grace, which is how we are saved (not by works).  Here, however, James is talking about converted Gentiles socializing with Jews or converted Jews.  This is where we can refer to Paul’s statement about being a slave to all in 1 Corinthians 9:

The ending of this assertion from Paul might seem a bit difficult to understand, since Paul was a believer and follower of Jesus Christ.  What he is referring to is what we discussed previously: loving God by loving others.  Being a partaker of the Gospel means utilizing its power to love God and love others.  The point here isn’t about performing rituals or sticking to a specific set of rules in order to receive salvation.  On the contrary, it is about understanding the freedom we have to conform to any set of rules in order to put ourselves in a place where we can share the message of salvation.  Paul makes this clear in Romans 14:

13 Therefore let us not judge one another anymore, but rather determine this -not to put an obstacle or a stumbling block in a brother’s way. 14 I know and am convinced in the Lord Jesus that nothing is unclean in itself; but to him who thinks anything to be unclean, to him it is unclean. 15 For if because of food your brother is hurt, you are no longer walking according to love. Do not destroy with your food him for whom Christ died. 16 Therefore do not let what is for you a good thing be spoken of as evil; 17 for the kingdom of God is not eating and drinking, but righteousness and peace and joy in the Holy Spirit. 18 For he who in this way serves Christ is acceptable to God and approved by men. 19 So then we pursue the things which make for peace and the building up of one another. 20 Do not tear down the work of God for the sake of food. All things indeed are clean, but they are evil for the man who eats and gives offense. 21 It is good not to eat meat or to drink wine, or to do anything by which your brother stumbles. 22 The faith which you have, have as your own conviction before God. Happy is he who does not condemn himself in what he approves. 23 But he who doubts is condemned if he eats, because his eating is not from faith; and whatever is not from faith is sin.

We are free to eat certain things and free to abstain from them as well!  What is more important: telling someone they are unholy for what they are eating or telling them it doesn’t matter what they eat, as long as they do it for the glory of God?  This is how religion gets in the way of our faith.  We try to create an equation for how to be saved, how to live righteously, and how to evangelize but in the end all we are doing is creating stumbling blocks.  We forget that the main work is up to God to change hearts; we just need to put ourselves in a position to share His message.  Yet what is the point of sharing a message with someone if they refuse to listen to you because of how you present yourself?

When James mentioned abstaining from things contaminated by idols, things strangled, and from eating blood, he is referring to the freedom converted Gentiles have in doing away with the things that prevent building a relationship with others.  In abstaining from these things, at the very basic level, they would be saying that because they are offensive to others they love them by refraining from doing it around them.  It’s like a smoker deciding not to smoke around others because the second hand smoke offends them.  Must you quit smoking upon conversion to be a “good Christian”?  I don’t see it in the Scriptures.  Yet as someone who is ordered to love God by loving others, this would be a great way to do so.

Too often we use the “freedom of our salvation” as a justification for our actions and daily practices.  We boast the freedom to eat pork, have a beer without getting drunk, and many other things but we neglect to realize how we might be a stumbling block to others.  If we truly have the freedom to do these things, then we also have the freedom to not do these things for the advancement of the Kingdom.  What’s more important: eating meat or edifying the Body of Christ through abstinence to strengthen others in their faith by growing closer to them?  This is what Paul states in the beginning of Romans 14:

1 Now accept the one who is weak in faith, but not for the purpose of passing judgment on his opinions. 2 One person has faith that he may eat all things, but he who is weak eats vegetables only. 3 The one who eats is not to regard with contempt the one who does not eat, and the one who does not eat is not to judge the one who eats, for God has accepted him. 4 Who are you to judge the servant of another? To his own master he stands or falls; and he will stand, for the Lord is able to make him stand. 5 One person regards one day above another, another regards every day alike. Each person must be fully convinced in his own mind. 6 He who observes the day, observes it for the Lord, and he who eats, does so for the Lord, for he gives thanks to God; and he who eats not, for the Lord he does not eat, and gives thanks to God.