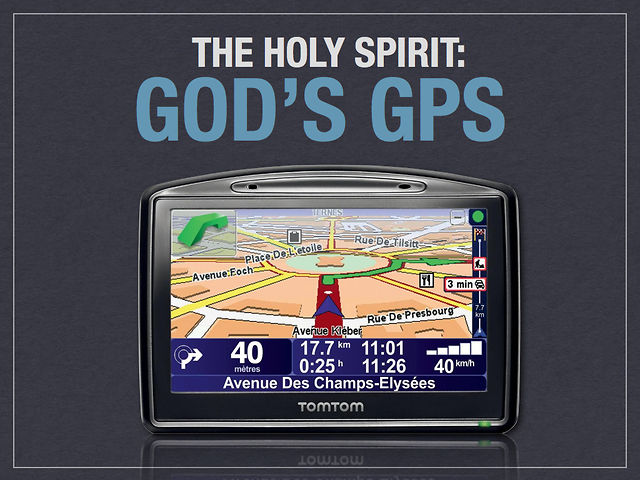 Acts 16:6-12
6 They passed through the Phrygian and Galatian region, having been forbidden by the Holy Spirit to speak the word in Asia; 7 and after they came to Mysia, they were trying to go into Bithynia, and the Spirit of Jesus did not permit them; 8 and passing by Mysia, they came down to Troas. 9 A vision appeared to Paul in the night: a man of Macedonia was standing and appealing to him, and saying, “Come over to Macedonia and help us.” 10 When he had seen the vision, immediately we sought to go into Macedonia, concluding that God had called us to preach the gospel to them. 11 So putting out to sea from Troas, we ran a straight course to Samothrace, and on the day following to Neapolis; 12 and from there to Philippi, which is a leading city of the district of Macedonia, a Roman colony; and we were staying in this city for some days.

A small nuance that you may or may not have picked up on that in this passage the language changes from third person (verse 6, “they passed”) to second person (verse 10, “we sought”).  This indicates that the author Luke joined Paul on this journey.  In order to keep the stories straight, we must always pay attention to what is happening, where it is happening, who is doing it, and to whom it is being done.  Now let’s get into this topic of being forbidden by the Holy Spirit.

I’ve always been curious about how they were forbidden by the Spirit.  Did they try to enter the city and hit an imaginary wall?  Were they given an eerie feeling about it when they drew near?  Did they have dreams the night before they were planning on entering like Paul did in verse 9 about Macedonia?  Sometimes when we read things like this with little detail that seem so important in our spiritual life it gets frustrating because we want to know!  Yet, we miss that the answer is right there.

For some years now, I’ve been trying to learn more about the Holy Spirit.  It’s half of my motivation in studying through the book of Acts.  Yet as soon as we get close to figuring out a formula that God’s Spirit conforms to, something changes.  If the Spirit is poured out by the laying on of hands, we find someone receiving the Spirit without anyone touching them.  If the Spirit leads by dreams, we find someone led without.  Here, we get no details on how this team knew not to go into certain cities but in having no details we get our answer.  Our knowing is based upon our own relationship with the Spirit.  Think about our relationships with others.

We all respond differently according to our personalities.  Someone might not respond well to harsh correction and direction while another may only respond to that type of communication.  Maybe you met someone while enrolled together in a certain club or organization.  That will be your basis for your relationship and in some way will most likely revolve around that initial meeting.  In other words, our relationships with others are dependent upon our personality, their personality, and the basis for the relationship.  It is the same with the Holy Spirit.  When we grow in our relationship with God, He will communicate with us on our level and in a way we will know for sure it’s Him.  There are people you know who if you received a letter in the mail without an address or name, you would be able to tell who wrote it simply because of their handwriting, language used, and even the structure of their sentences.

At the point of the dream that Paul had, some might get hung up and think, “but how do you know for sure that God called you to Macedonia?”  This is a legitimate question, one that I ask often when I get an idea that surely doesn’t seem like mine.  The main response I get when stopping to pray about it is, “why wouldn’t I (God) want you to go do that?”  If the Holy Spirit can prevent them from going to certain cities, He can prevent them from going to Macedonia as well.  Too often we get caught up in trying to make certain this is what God wants that we don’t do anything at all.  We sit in a stalemate of questioning God instead of acting and trusting that He will guide us.  God cannot steer a parked car.  If we want Him to guide us, we have to move.  Yes, there are stop signs along the way, but they are only momentary instances in the journey.  Sometimes there is a traffic jam, but eventually we move again.  Don’t stay in the driveway; turn on your car and move and God will guide you step by step.